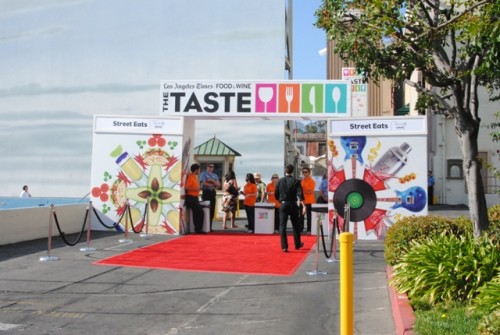 Day three of The Taste brought 4 events: Fashion Bites Brunch, Street Eats, Desserts After Dark, and Food Noir. I wanted to check out the Hollywood venue, and “Street Eats” would provide a perfect opportunity. I feel like ‘street food’ in LA is becoming synonymous with food trucks, but there’s a lot more exciting options in LA outside of the truck scene. This event had a good balance between trucks and established restaurants making their interpretations of street food – something that interested me. Ironically, this was one of the more expensive tickets at $150 ($90 with promotion).

Whereas the Beverly Hills events were concentrated under two large tents, the Hollywood events took place in the open air of the Paramount Studios backlot. 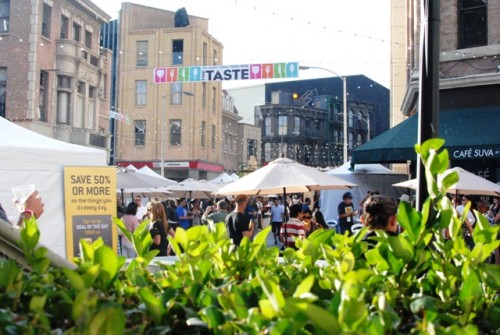 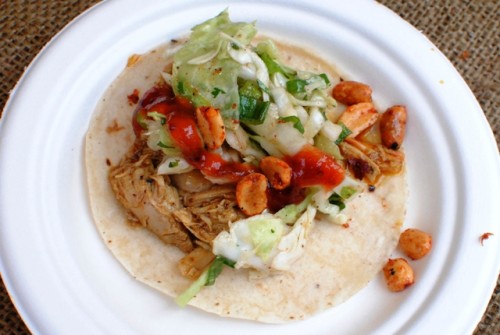 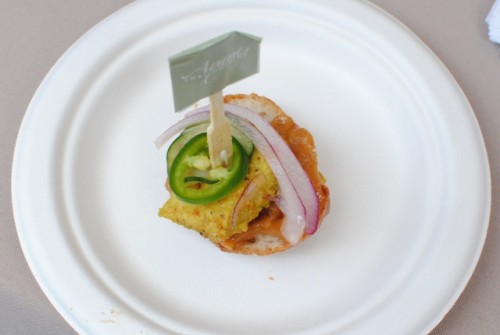 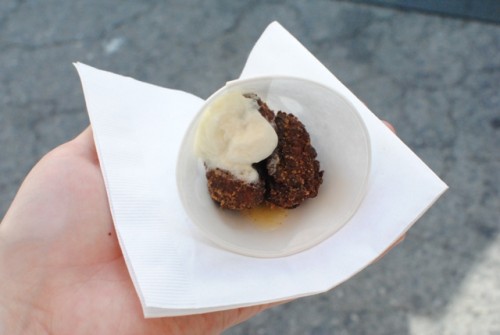 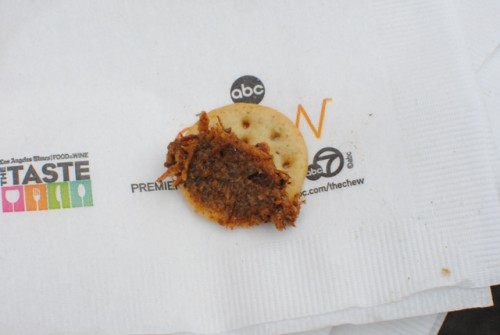 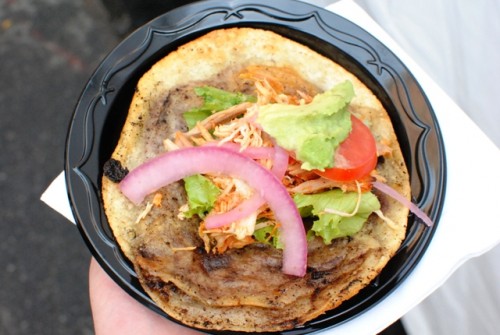 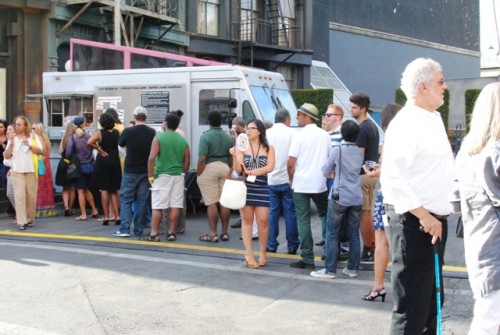 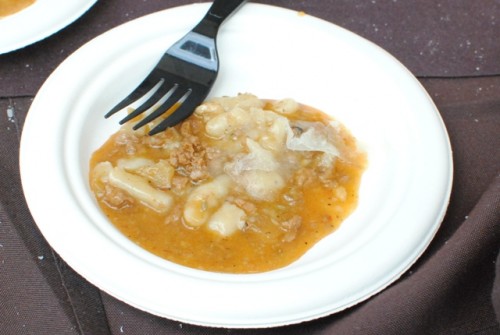 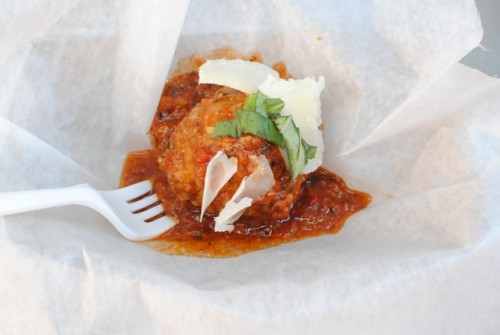 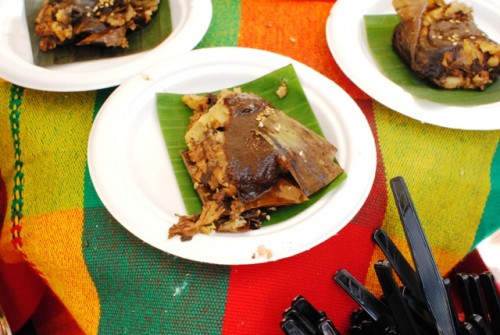 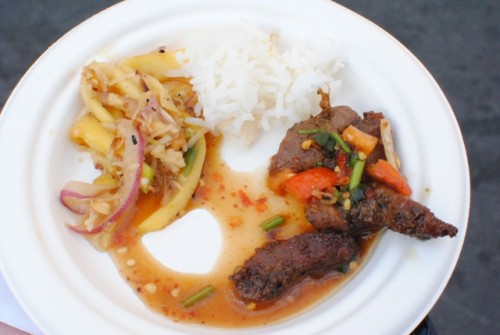 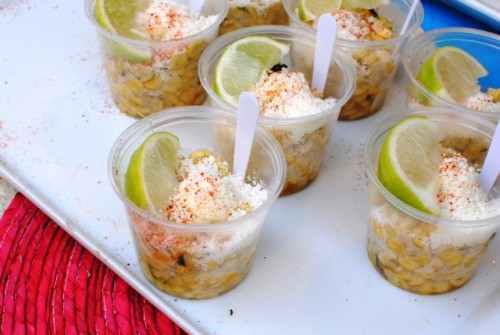 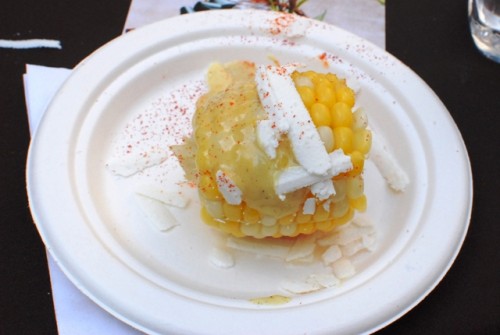 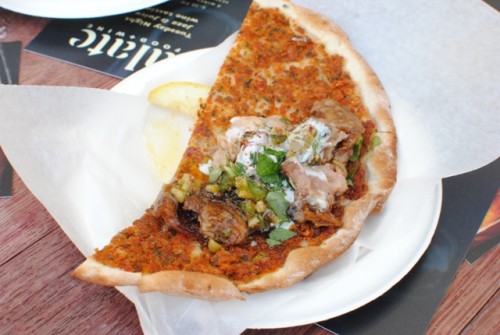 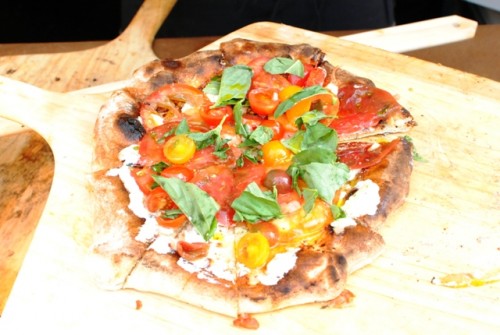 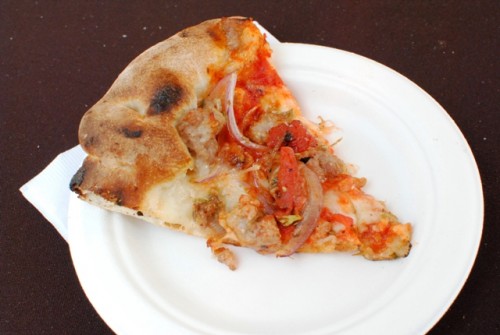 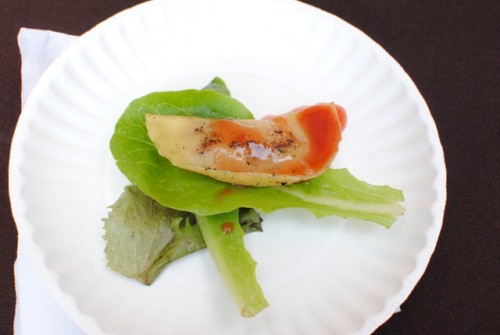 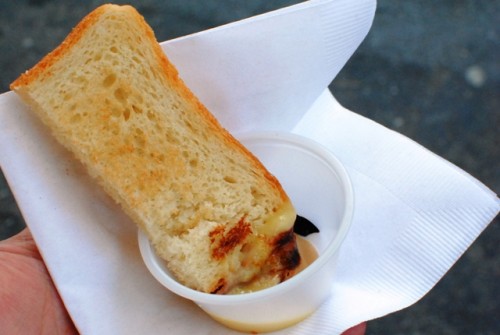 The Foundry on Melrose grilled cheese 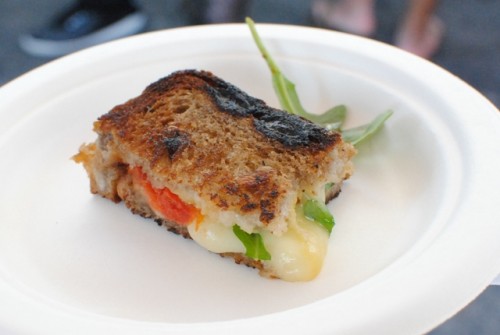 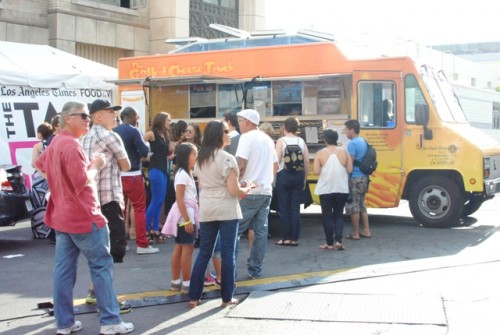 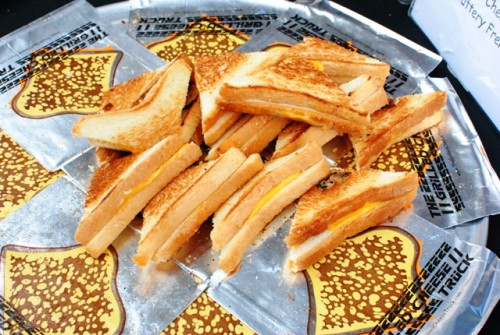 As with all of the events, plenty of alcohol was available, inclusive of the ticket price. Wine, beer, tequila, vodka and a host of other spirits. 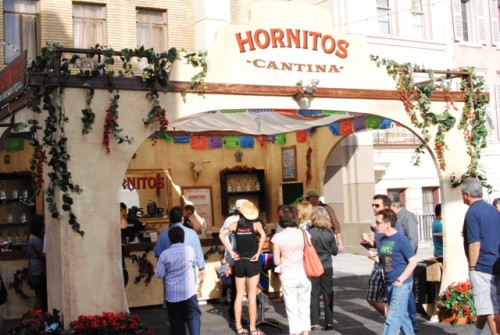 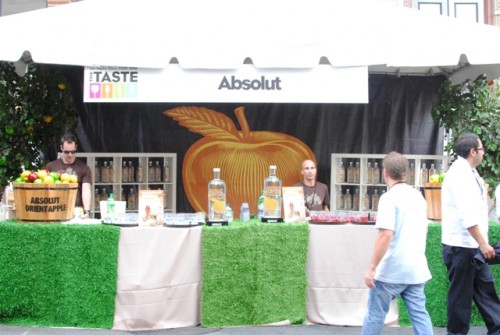 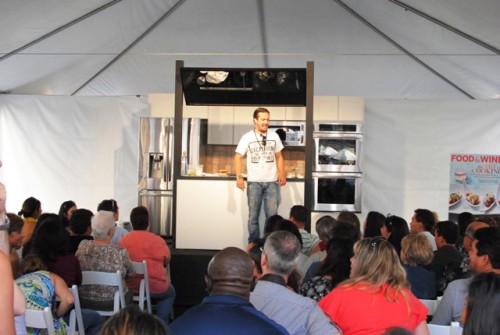 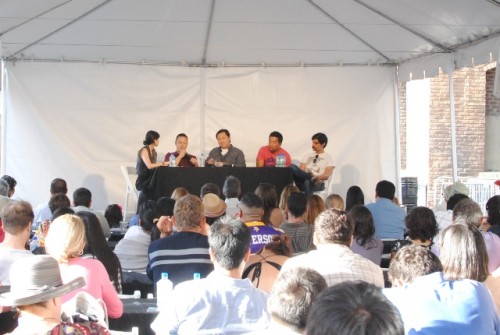 Food highlights for me included Akasha’s chicken masala taco. I thought it was unique (naan -> taco?) with a well-executed, deep curry chicken flavor. The Italian meatball from Great Balls on Tires was easily one of the better things I’ve eaten from a truck, with a moist meatball complemented well by a tangy tomato sauce and parmesan cheese. Pitfire’s pizzas were rather simple and done well – the sausage had great flavor.  Coolhaus had a pretty long line each time I walked by so I didn’t get an ice cream sandwich, but I’ve been a fan of their stuff from the start.

Other posts from The Taste 2011:
Burgers & Beer | Secrets from the Kitchen & Cellar | Picnic in the Hills