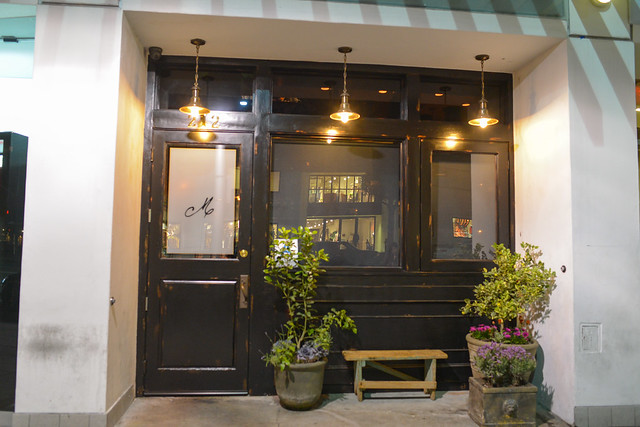 Opened in February, Curtis Stone’s Maude was one of the most anticipated restaurant openings of the year. It’s still one of the most popular restaurants in the city, packing tables for its seasonal, monthly tasting menus. The concept is rather unique; each month, the restaurant chooses one ingredient/theme to showcase throughout its entire 9+ course tasting menu (there is no a la carte option). This April dinner was centered around peas ($80).

Reservations are available at 10am on the 1st of the month for the following month (e.g. April reservations were available on March 1). On March 1, we placed hundreds of calls to get a busy signal…and finally secured a table in the early afternoon. Definitely one of the more difficult reservations to obtain in a while. 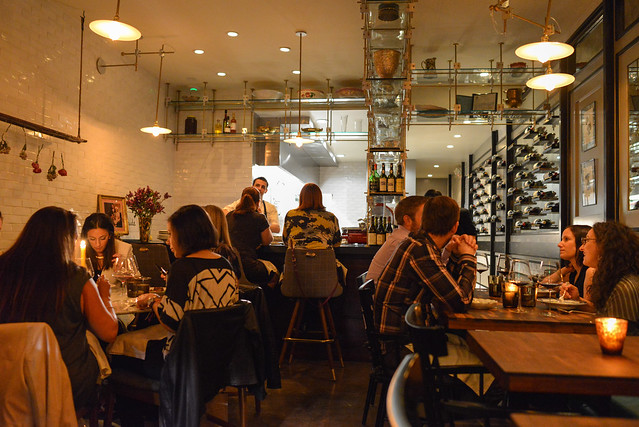 Curtis Stone has largely been known as a TV personality, but his career began in the kitchen. Under Britain’s Marco Pierre White, Stone rose the ranks cooking Michelin-starred food. After focusing primarily on TV, Maude is the first restaurant Stone can call his own.

The meal began with five small bites that arrived in quick succession. 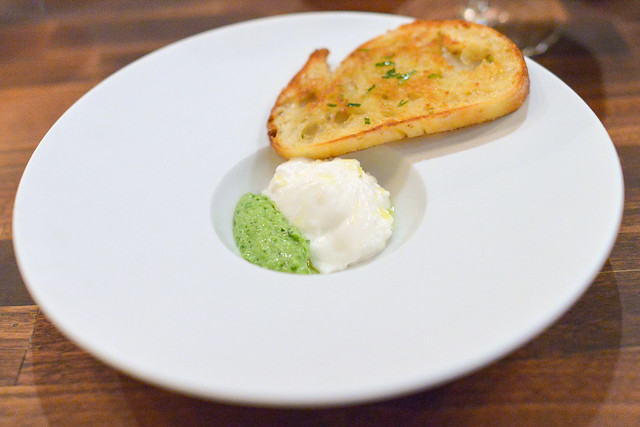 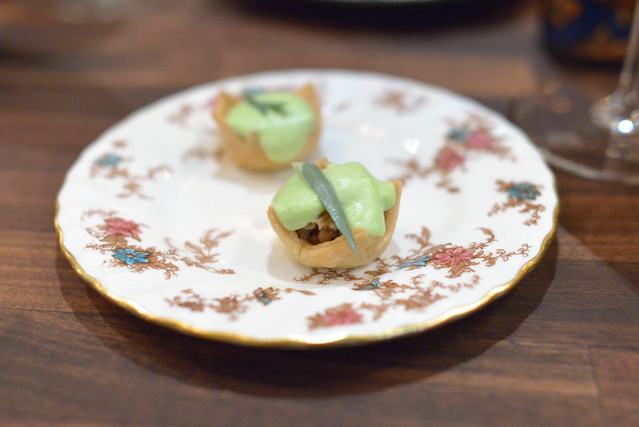 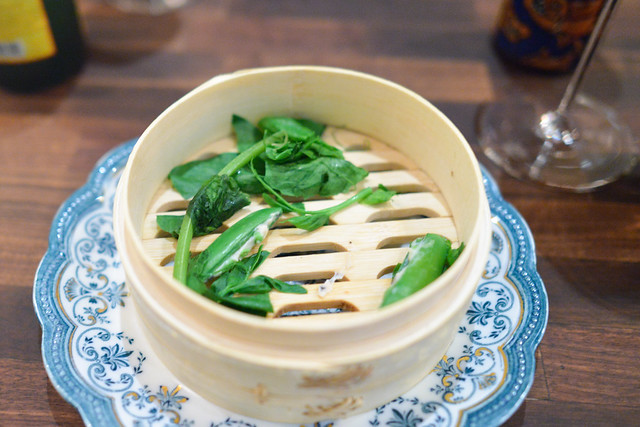 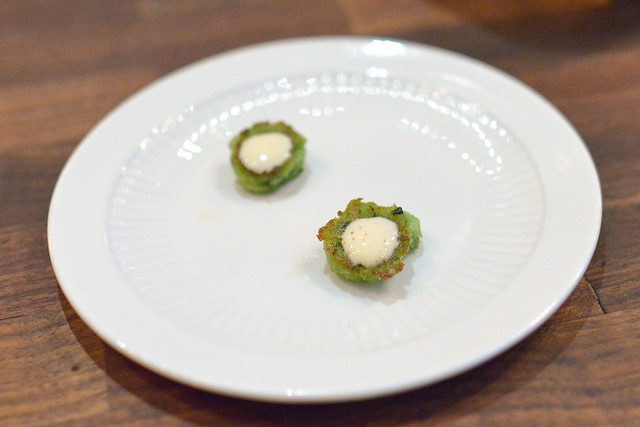 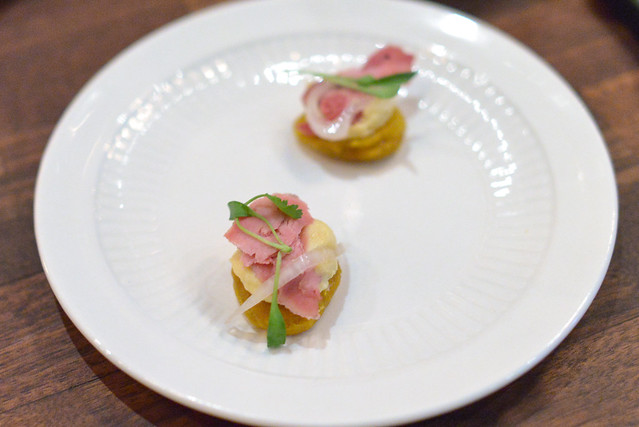 The highlight for me was the burrata, which mellowed out a fresh raw pea flavor and made for some creamy and refreshing bites. The rabbit pie was another good one with delicious rabbit mixing well with the sweet, earthy pea. The ‘dim sim’ was less successful; here a rabbit mousse and black truffle were stuffed within a peapod and steamed. The pea and rabbit flavors were apparent but the truffle was not. Soft, mushy textures made me think this was oversteamed too. The bite of lamb gyro was a good one, though I was missing the pea flavor. 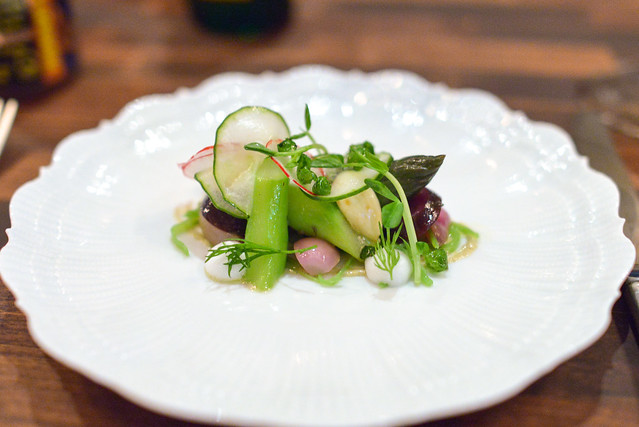 An assortment of fresh vegetables made up the first of the larger courses. Both crunchy and soft textures were present, all brightened up by some light acidity in the vinaigrette. I’m not sure the peas stood out, though. 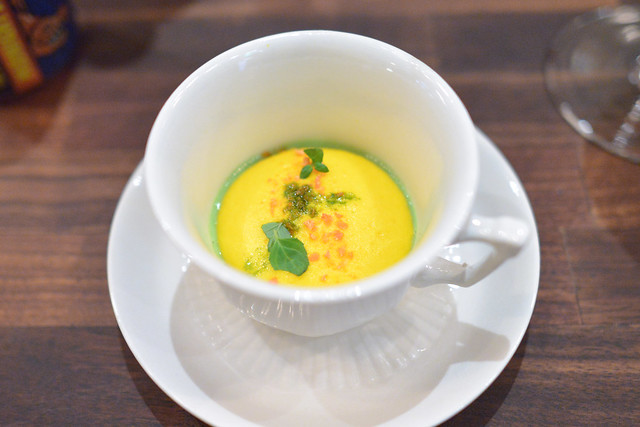 Layers of pea soup, carrot puree and a carrot crumble made up this take on the classic combination. Both the peas and carrots brought a different kind of sweetness to the table, making for a homey rich soup. Lastly, the carrot crumble provided some nice texture. 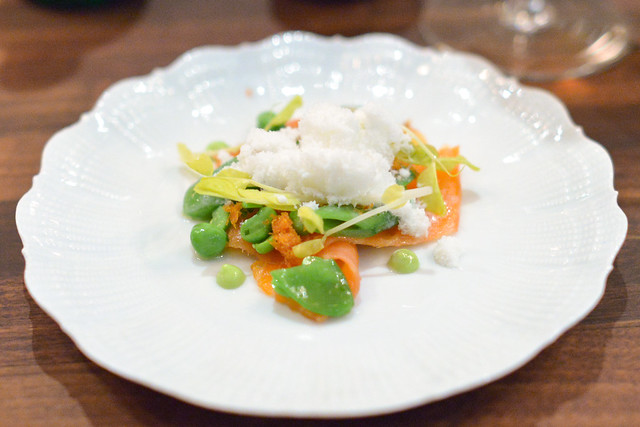 Rich ocean trout was paired with the cool heat of the ‘wasabi snow’ and pea accouterments. The raw sugar snap peas added some fresh, crisp bites. 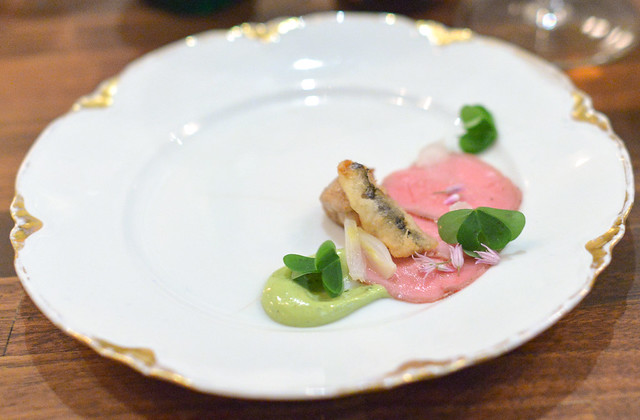 Thin slices of veal were paired with rich proteins such as the fried anchovy and sweetbreads. The creamy pea puree helped to balance it all out in this interesting take on the Italian classic. 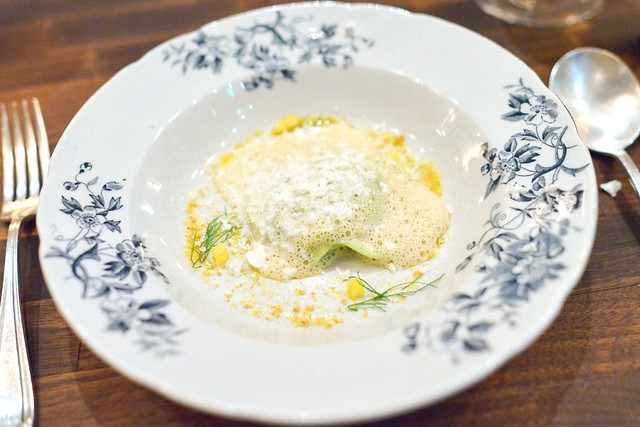 I thought this was quite delicious with a sweet crab/shrimp flavor and nice chew to the pasta. Pea flour was used in the dough…definitely somethng new for me. 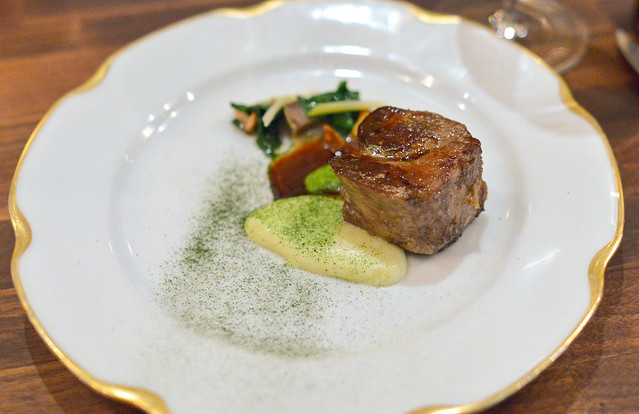 The lamb neck was rich, tender and delicious. Prepared confit then seared, it went really well with the rich potato puree, offset by the pea vinaigrette. 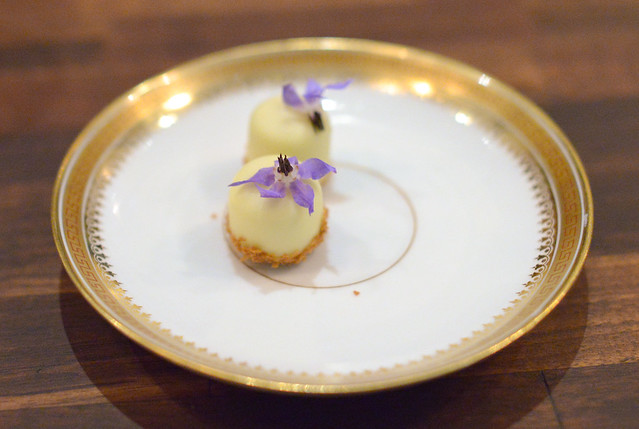 Our pre-dessert was this refreshing dessert with an intriguing pea flavor in the ice cream. I quite liked this. 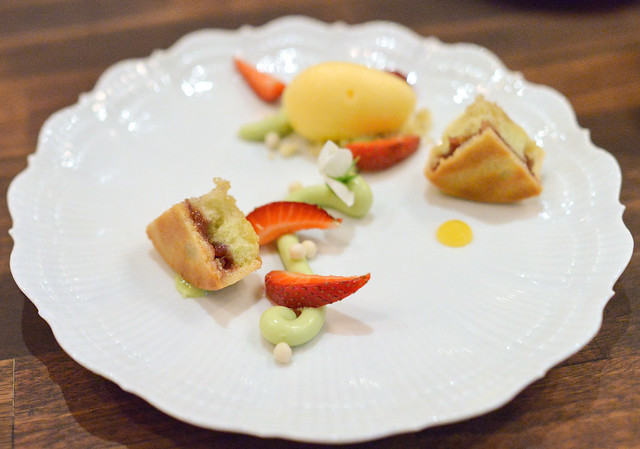 The warm, sweet tart was at center of this dessert; flavors were balanced by the bright tangerine sorbet and herbaceous, savory tarragon cream. 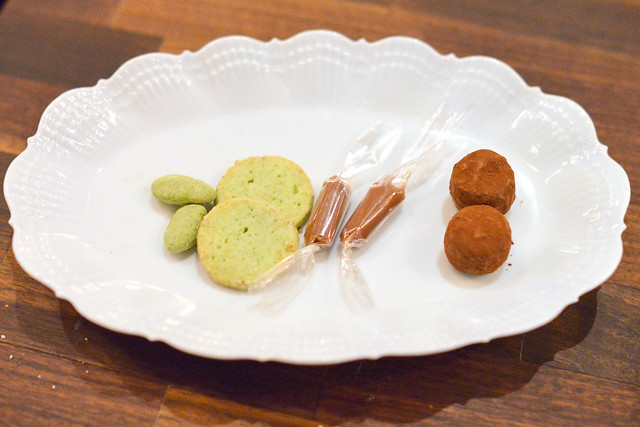 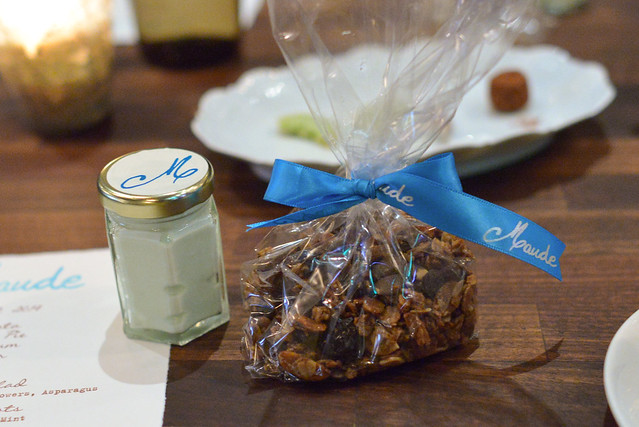 I enjoyed the meal at Maude. The food was both thoughtful and imaginative and really incorporated the feature ingredient in a variety of applications. It was a pretty high level of cooking for its price point and service was very good, too. While not all of the plates were a hit, I enjoyed the vast majority of it. I’ll definitely return for another ingredient…maybe corn in September or truffles in November?