So far, Roy Choi’s restaurants have represented a number of cuisines/concepts from Korean-Mexican fusion to Caribbean to Asian rice bowl-centric Chego, but POT is his first deep dive into Korean cuisine. POT is one of a few concepts Choi is in charge of at the new Line Hotel in Koreatown, which also includes the bar (in collaboration with Matthew Biancaniello), cafe and room service. 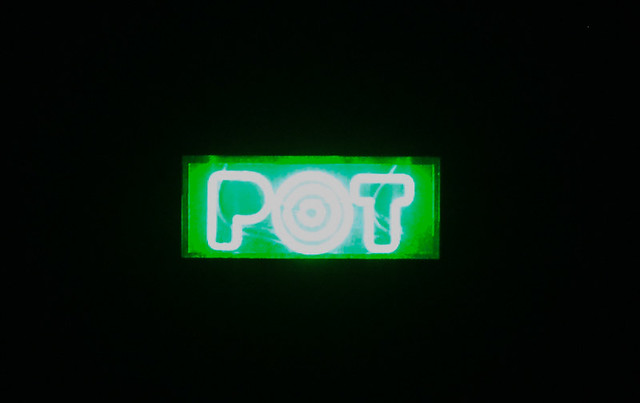 The name of the restaurant is sure to get a rise out of many, but it’s a play on words for the restaurant’s focal dish – Korean hot pots. Approximately eight are offered at any point in time – some vegetarian, some with seafood, some with offals. Something for everyone, really, as long as the hot & spicy pots are your thing. Dozens of other Korean items complete the menu with a lot of variety. 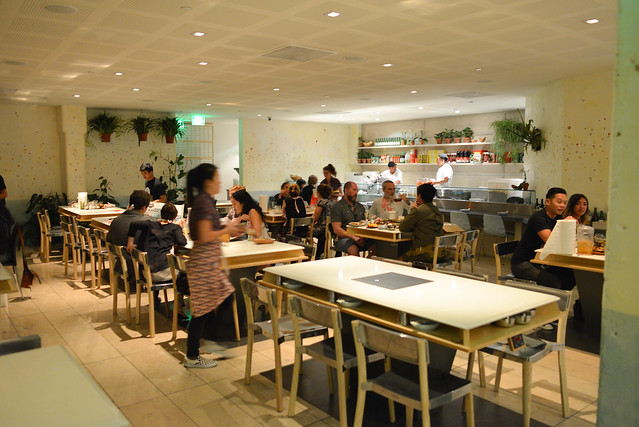 Of course, the meal began with banchan. Pickled green onions, bean sprouts and cucumbers made up the offerings. 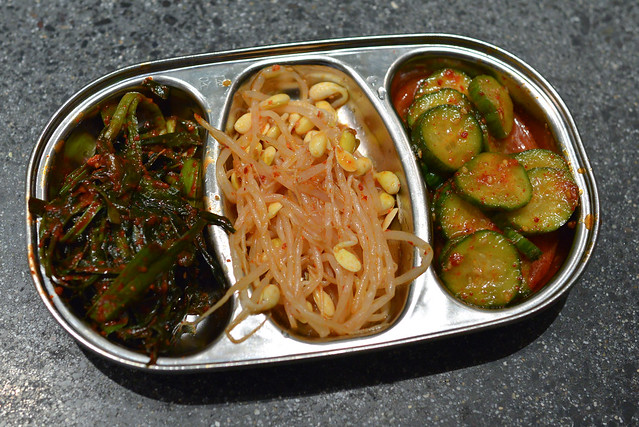 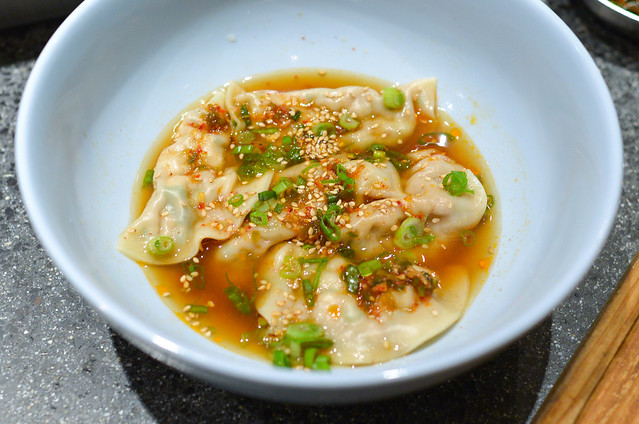 Steamed dumplings were nice, meaty with a fresh bite, served with a spicy sauce. These went down easy. 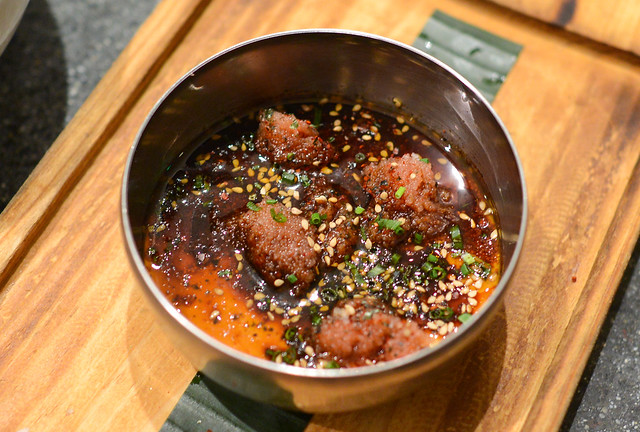 A silky smooth egg custard was next. Not unlike a Japanese chawanmushi, I really liked the texture; salty fish roe added a ton of flavor to accent the rich custard. 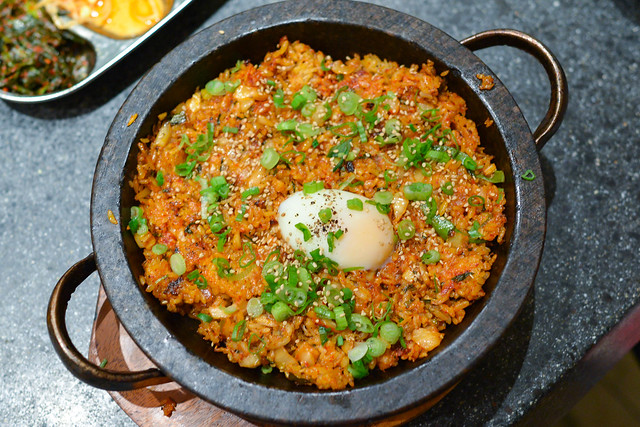 Served in a sizzling hot pot, the bottom of the rice took on a fantastic crispy crunch. Loved it. The rice definitely didn’t lack in flavor, complemented by the runny yolk of a poached egg. Really nice. 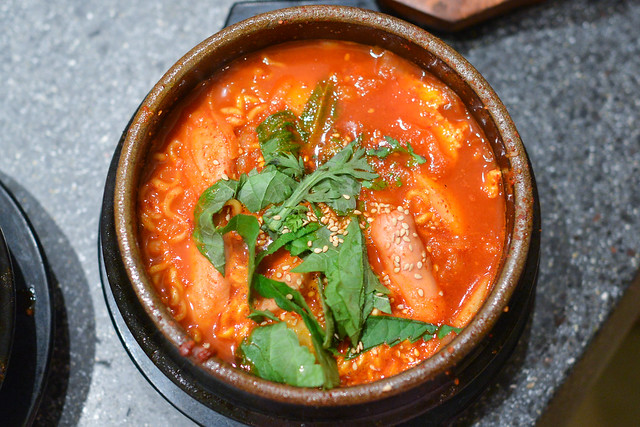 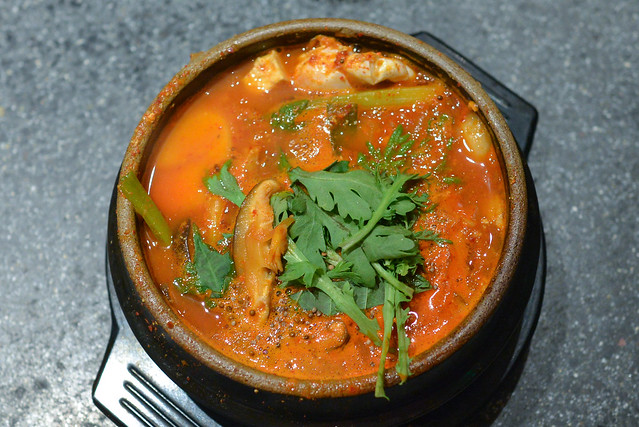 Both showed off some strong heat and bold flavors; very savory and satisfying. I reached more for the boot knocker primarily due to ease of eating; the crab and shrimp, in particular, required some work getting through the shells (which took awhile, since that broth stayed hot for a long time). It really helped to incorporate a very strong seafood soup though.

We stopped by the hotel bar for some post-dinner drinks. Unfortunately, due to the amount of work to handcraft each one, the much hyped about uni cocktail is no longer on the menu. We enjoyed a few others though. 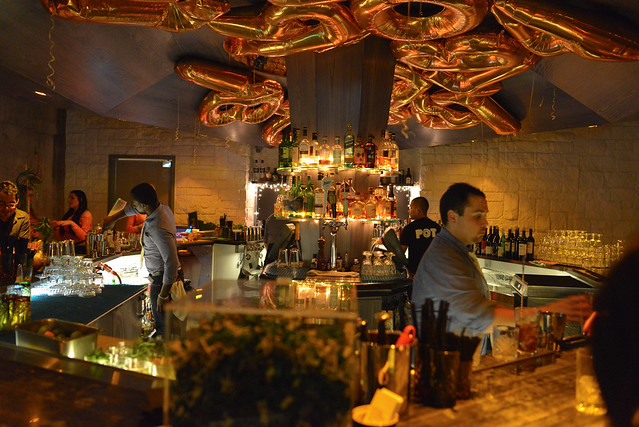 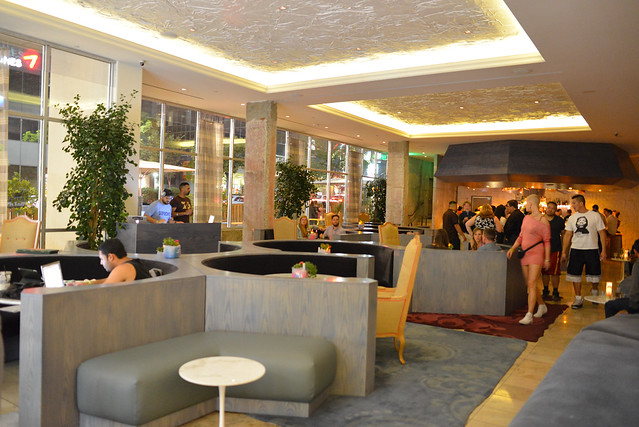 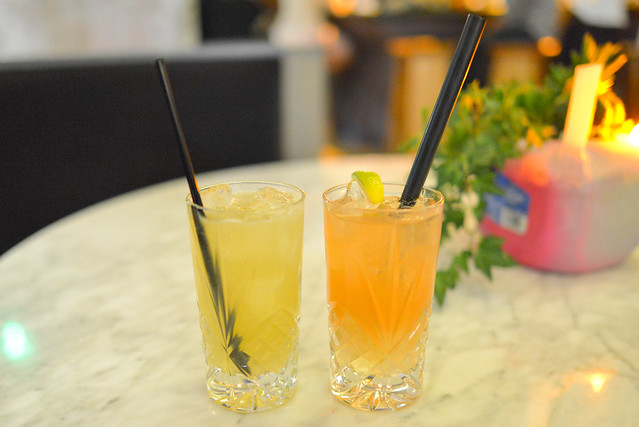 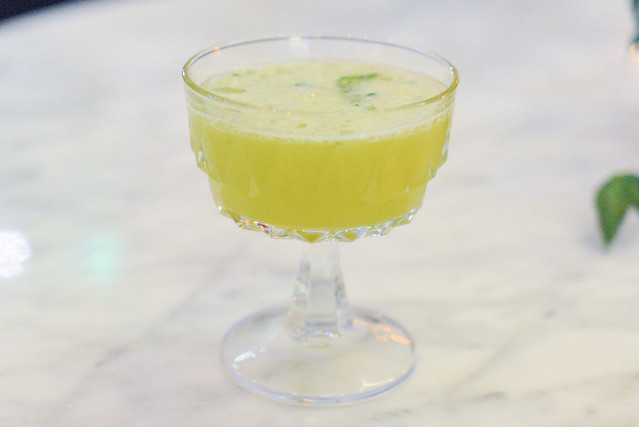 The hotel cafe, open late, offers a bunch of different pastries and sweets crafted by Choi’s team. Selection was limited by the time we stopped by at the end of the night but a toffee brownie we had the next day was pretty money. 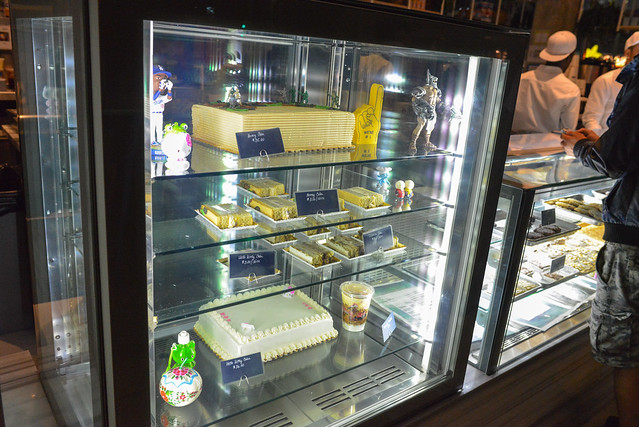 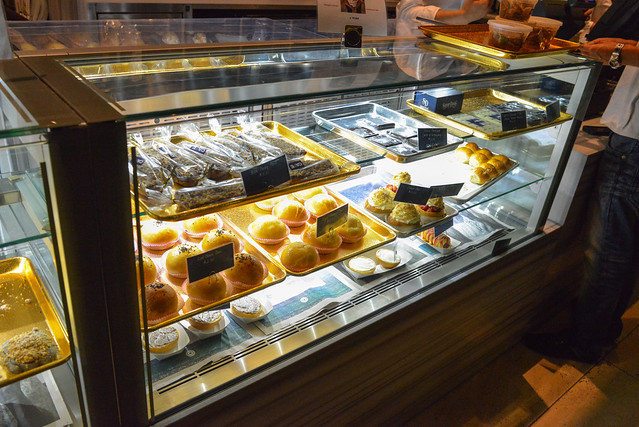 I’m not that experienced in Korean cuisine but enjoyed the food here. In fact, I’ve heard from multiple people that POT is an approachable way for the uninitiated to sample a lot of Korean flavors. Indeed, I’m sure Roy Choi’s chef star power is enough to draw inexperienced Korean diners in. It did for me, and I plan on returning for some cocktails and more of Choi’s Korean cooking.