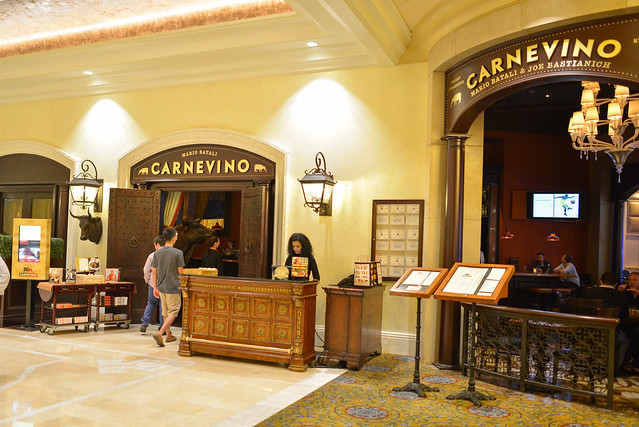 Many of the celebrity chefs with a presence in Las Vegas have a steakhouse (burger shops & pubs are also a common offshoot). Carnevino is the creation of Mario Batali & Joe Bastianich and one of their four LV restaurants (all within the Venetian/Palazzo complex). Always in the mood for a good steak, I’ve had an inkling to try Carnevino and finally had the chance during my last trip.

An Italian steakhouse, the focus at Carnevino is clearly on the beef. It’s very hard to differentiate oneself in this ‘upscale beef’ space, and Carnevino does it by partnering with meat man Adam Perry Lang who supposedly hand-selects the best USDA Prime cattle for the restaurant. It’s all aged in-house and simply prepared with sea salt, black pepper and rosemary. The Batali & Bastianich influence brings a host of Italian antipasti and pastas to round out a meal here. 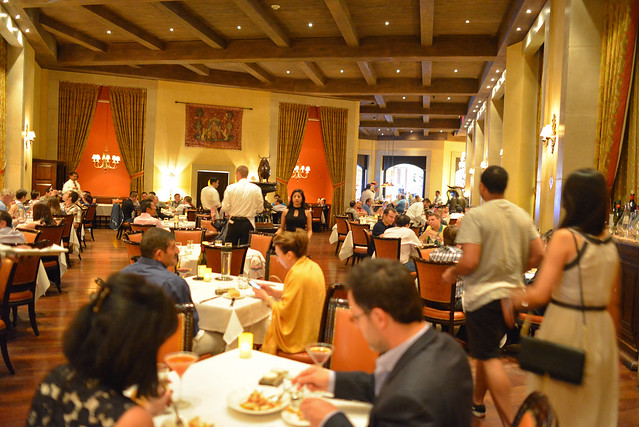 Our 4-top was able to sample a couple each of the antipasti and pastas, as well as share two large steaks (each for two). But first, drinks. We got two cocktails off the list bookended by some scotch. 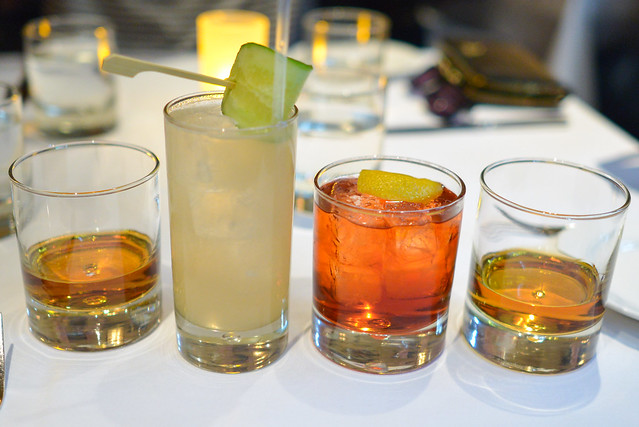 The first food item to arrive were some Italian gougeres. Warm, airy and cheesy – delish. 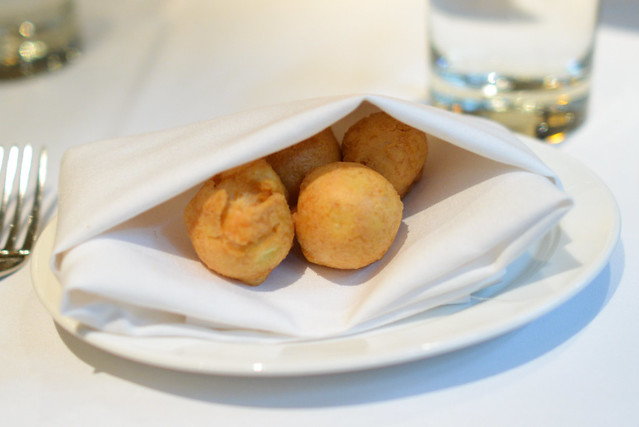 Served warm, I think the rosemary ciabatta bread was reheated through since it had a very chewy texture. Not my favorite, but I loved the lardo butter option to go along with traditional butter. 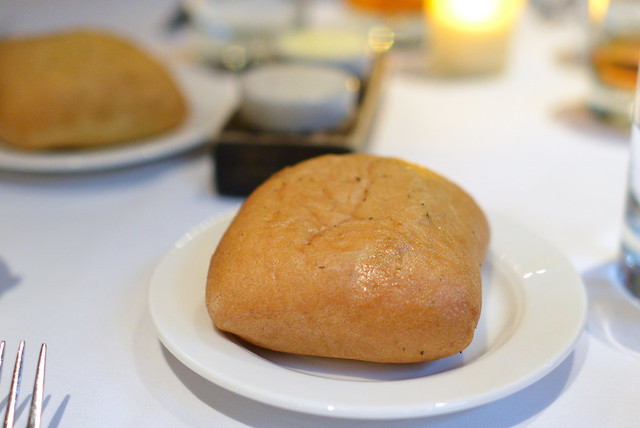 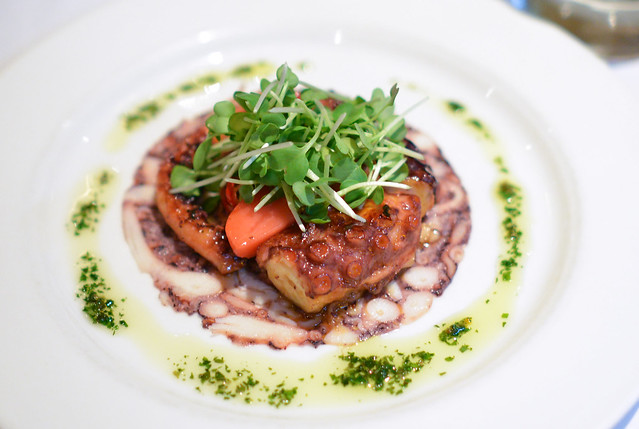 Braised until tender and finished on the grill, the octopus exuded a slight smokiness and a bit of spice. Quite nice. 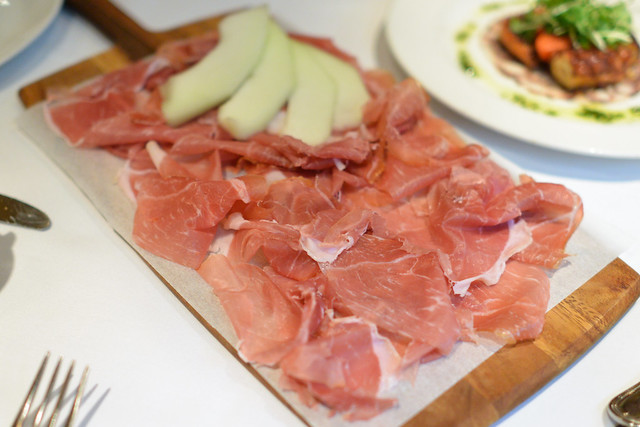 Choice slices of riserva prosciutto (this was aged 30 months, longer than a typical riserva) were expectedly delicious. I was curious what ‘seasonal fruit’ consisted of here in the desert; sweet slices of honeydew were an ideal accompaniment to the salty pork. 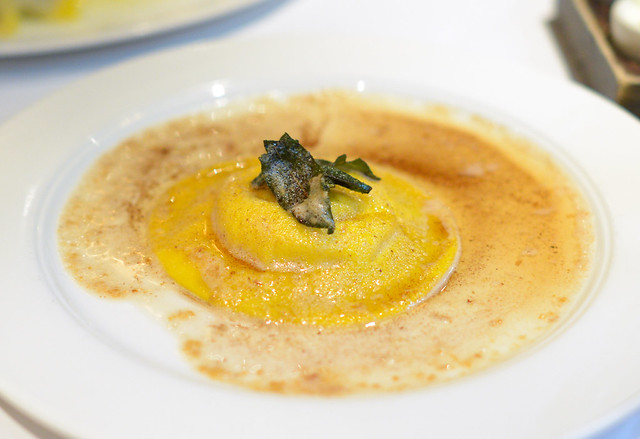 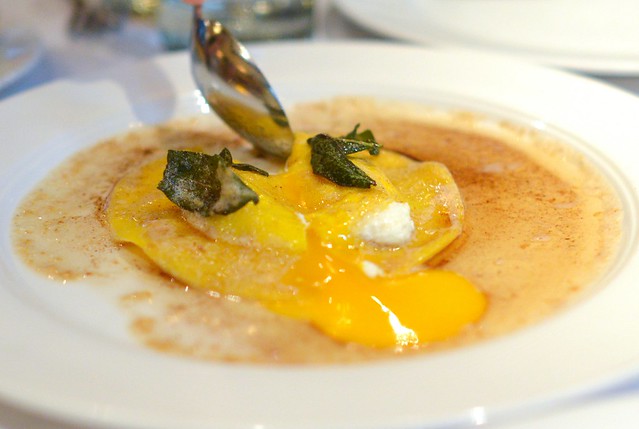 This was pretty much identical to a dish I had at Osteria Mozza in LA; a lone raviolo was filled with ricotta and a runny egg yolk. Topped with brown butter and sage – this was executed perfectly. 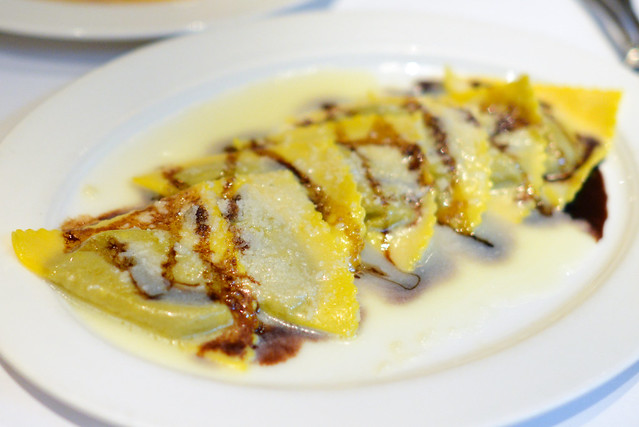 A special off-menu pasta served at many of Batali’s restaurants, this beef cheek ravioli was rich and delicious. Loved the contrasting texture between the smooth meaty filling and chewy pasta; a drizzle of balsamic helped to cut the richness.

Upon the completion of the pastas, our much-awaited 90-day dry aged steaks were presented and carved table-side. 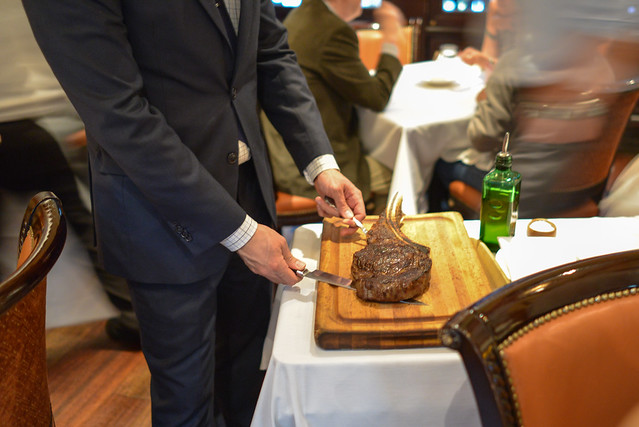 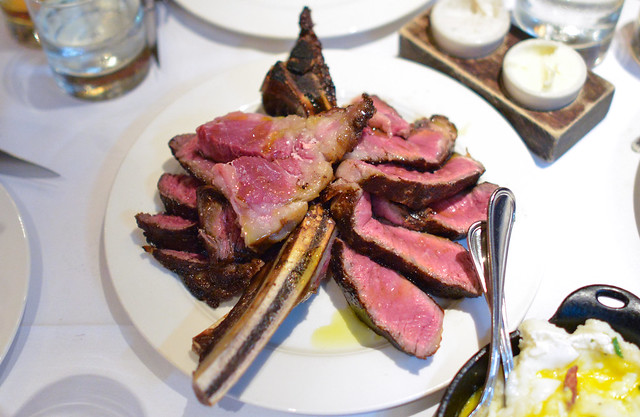 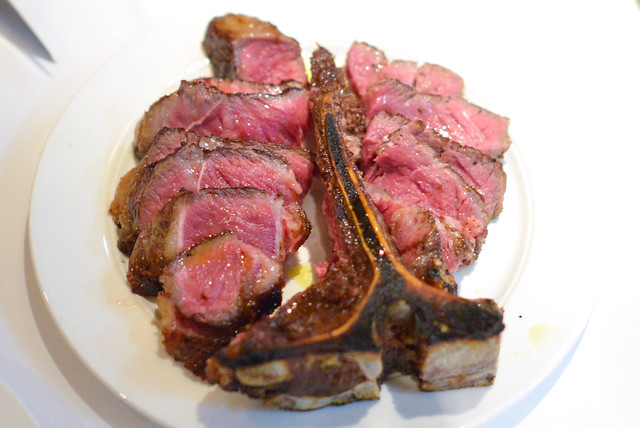 These were both delicious steaks – nicely seared and perfectly cooked in the interior. Just beautiful. We were basically able to try three different cuts (tenderloin, New York, ribeye) amongst these two steaks and they really showed off the beef well. The tenderloin was exceedingly tender yet still had some good beefy flavor, while the ribeye was juicy and succulent (the New York fell somewhere in between). Really some delicious steaks. 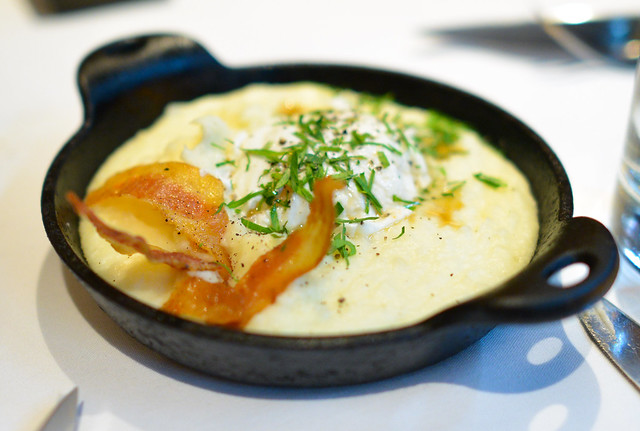 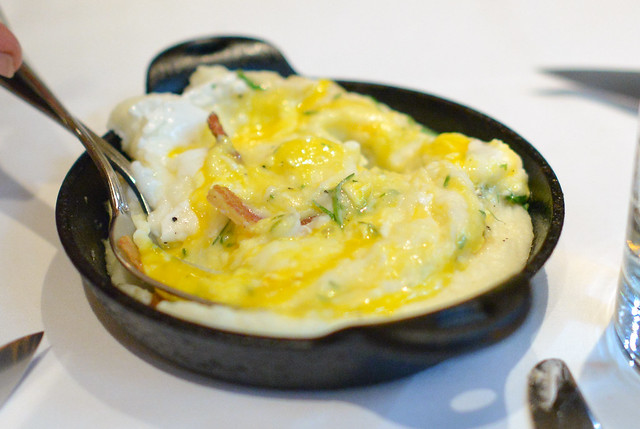 Smooth mashed potatoes were topped with a poached egg that was stirred in. How come I don’t see this more often? Rich, decadent and silky smooth. Unfortunately the crisped up guanciale got lost in the mix, but this was still damn tasty.

Having a night of partying ahead, we went straight to the espresso and passed on the traditional sweets. An affogato did find an ideal intermediary between the two. 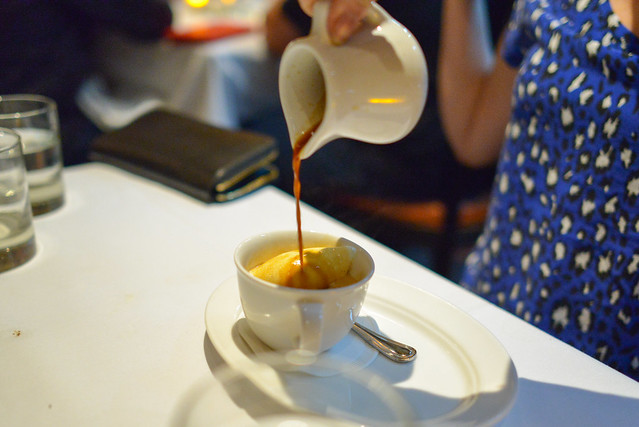 Carnevino met high expectations and I think they even exceeded them. The steaks were delicious as expected (some of the better ones I’ve had in some time), but I thought the other dishes we had held their own and helped to elevate the overall meal. The proscuitto was a safe bet, but the octopus and ravioli dishes hit the spot. The mashed potatoes definitely did too. I’ll have to return as I’ve heard the restaurant offers some unique extended dry aged cuts of beef (9 months+) that are calling my name.