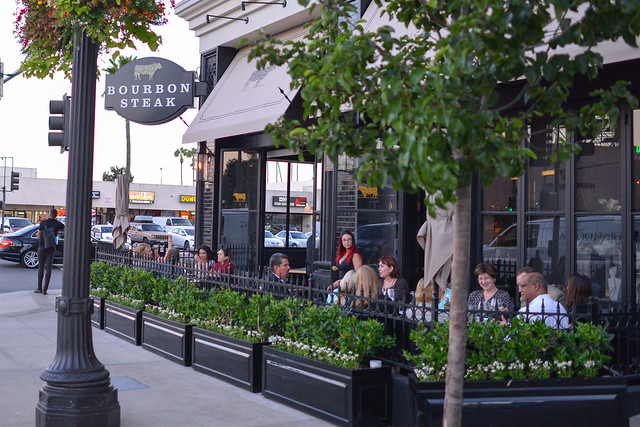 I first dined at Michael Mina’s Bourbon Steak in March during its opening. The meal was a unique one, hosted by Bon Appetit to promote the upcoming Vegas Uncork’d, where a custom tasting menu was served. I’ve been intending to return for a more ‘regular’ meal and to try more of the steaks; recently, I had the chance with a few coworkers. 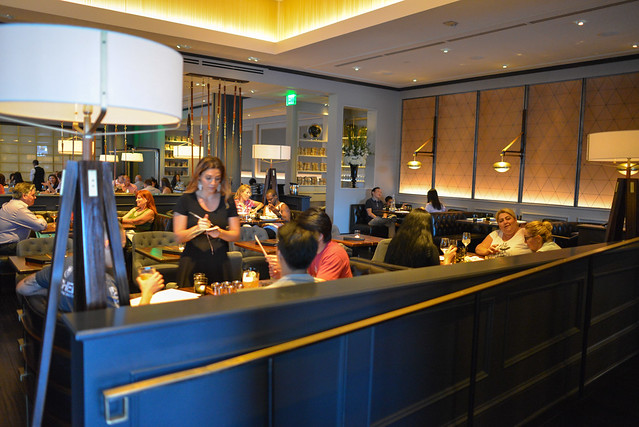 The menu at Bourbon Steak centers on the beef, of course, with a number of options under Certified Angus, Certified Angus Prime, and American, Australian and Japanese Wagyu. A wide array of other appetizers and entrees, including Mina’s signature tuna tartare and lobster pot pie, really round out the menu. Between the six of us, we were able to sample quite a bit of it. 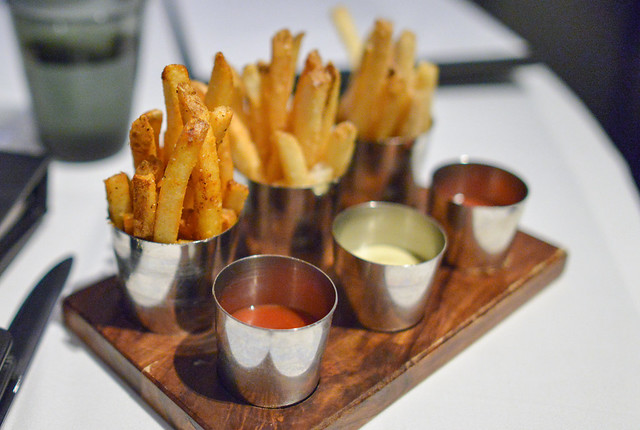 I really like the restaurant’s signature amuse of duck fat fries. These came with three variations of spices and sauces; my favorite had to be the pastrami and BBQ-themed one, but these were all damn good fries. 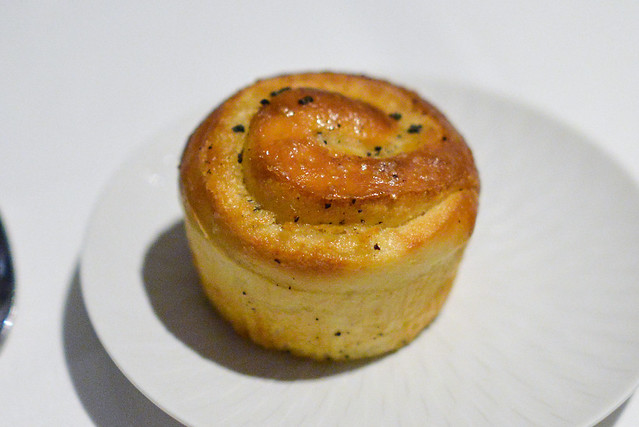 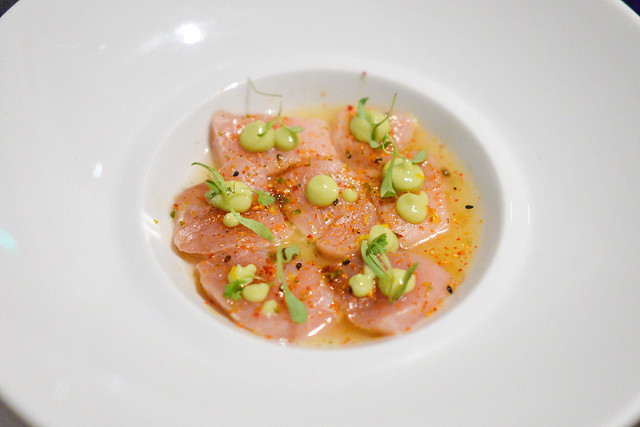 I really liked the thick slices of fish, brightened by the ponzu. Togarashi added some mild heat to the cool fish. 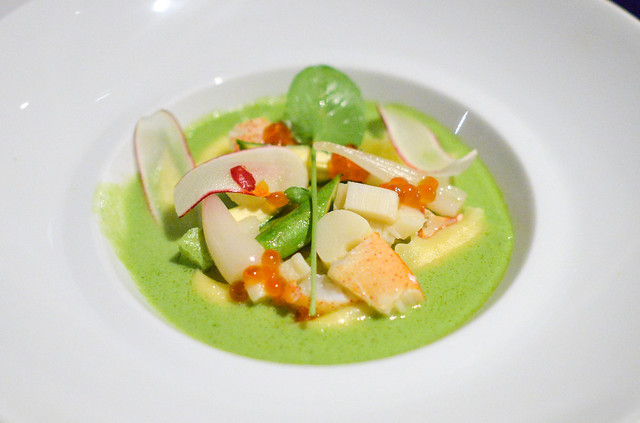 Chewy pasta was filled with creamy hearts of palm and complemented by some sweet lobster. The sauce was vibrant, though a slightly soapy flavor was off-putting to me. 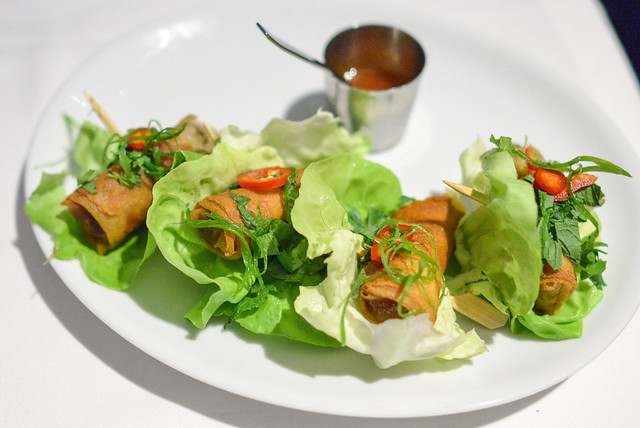 These had great texture, delightfully crispy and full of rich duck meat. Mint and cilantro added some fresh flavor, while the ginger-chile sauce added plenty of depth. 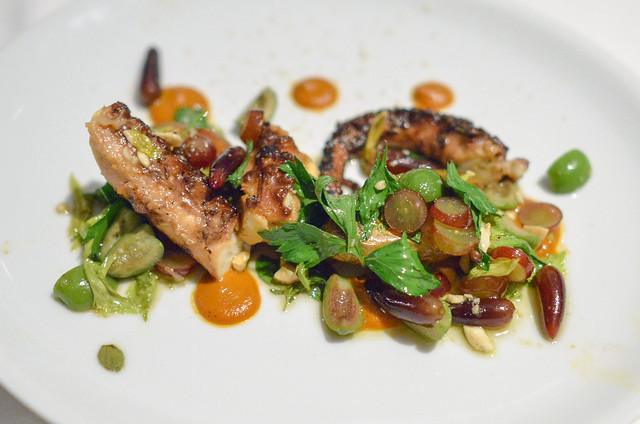 The octopus was nicely tender with a bit of a smoky char. Creamy potatoes paired well, as did the flavorful romesco. 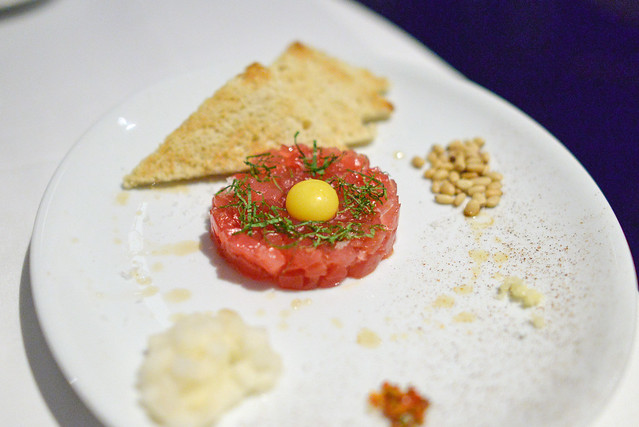 A classic dish – the tartare was accented by crisp Asian pear while the pine nuts added a nutty crunch. Still a good version of the popular dish.

OYSTERS ON THE HALF SHELL CHAMPAGNE MIGNONETTE 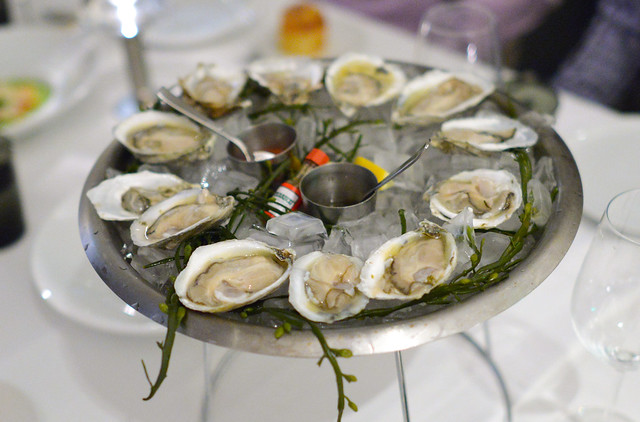 Our final appetizer were these oysters from Misty Point. Cool and refreshing.

Upon completion of the starters, we moved to a red wine to await our steaks. 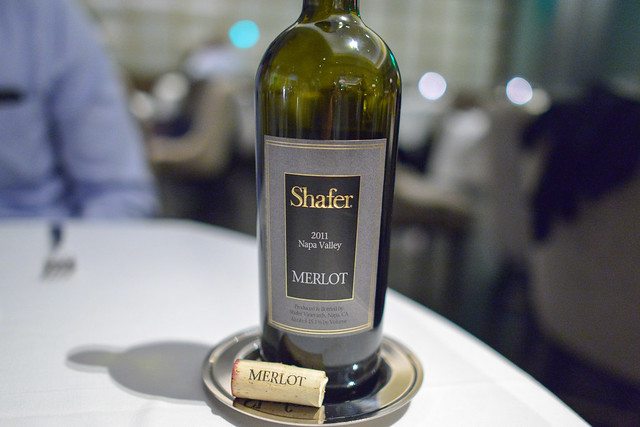 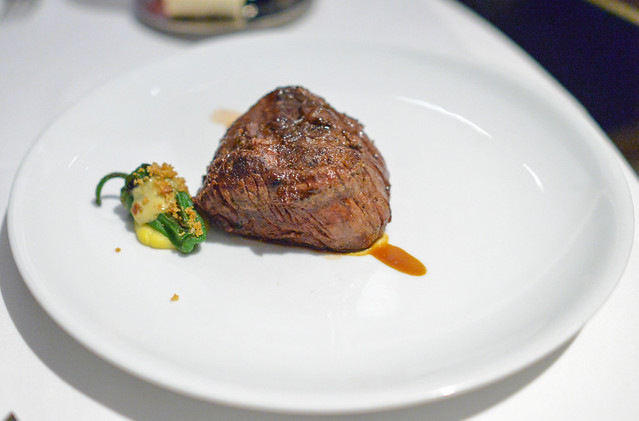 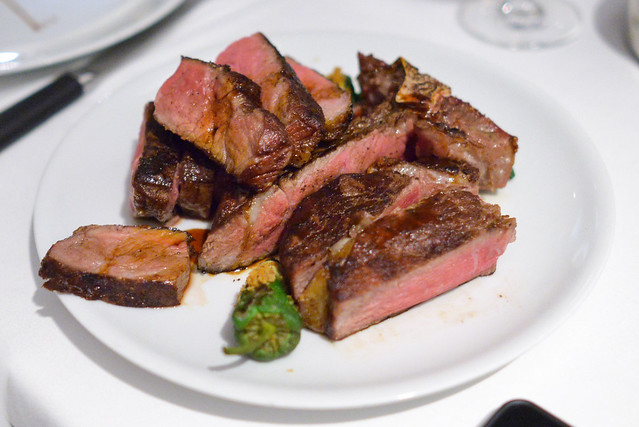 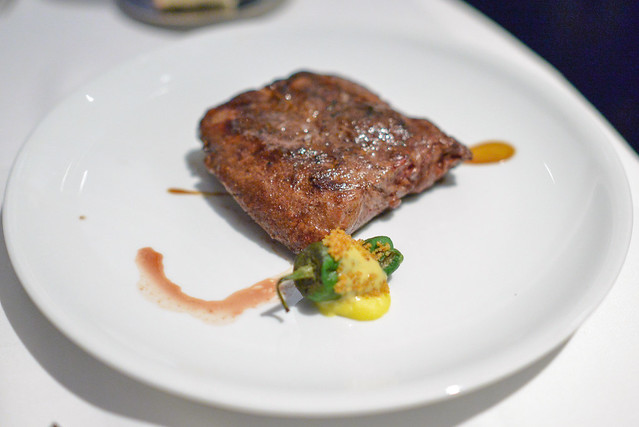 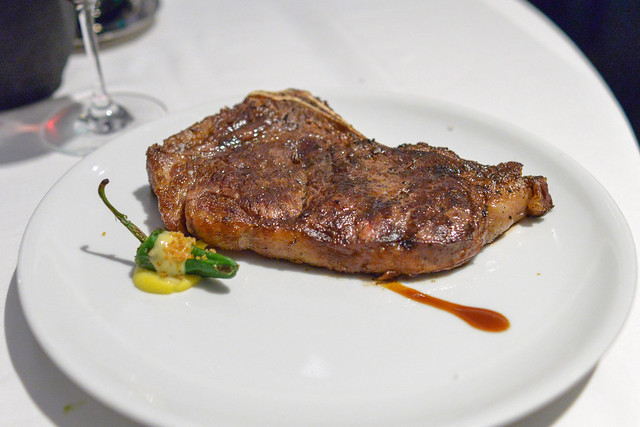 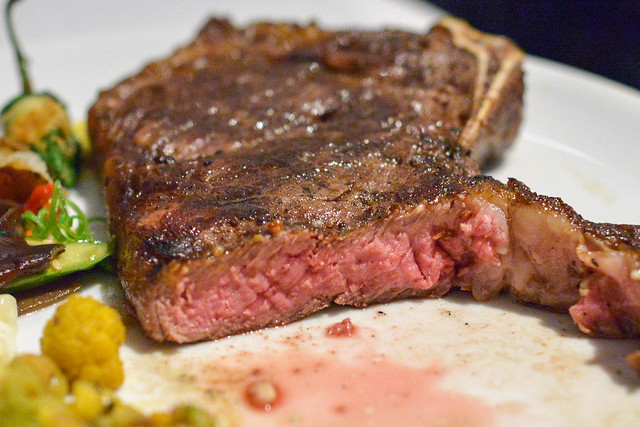 I opted for the Australian wagyu Kansas City strip, though did get a chance to sample the others. All of them were cooked just right (a requested medium rare), except the flat iron was a bit on the rare side. Each presented pretty much what was expected from the tender filet to the beefier flat iron. The Kansas City strip (aka New York) was the most juicy and flavorful of the ones we tried. 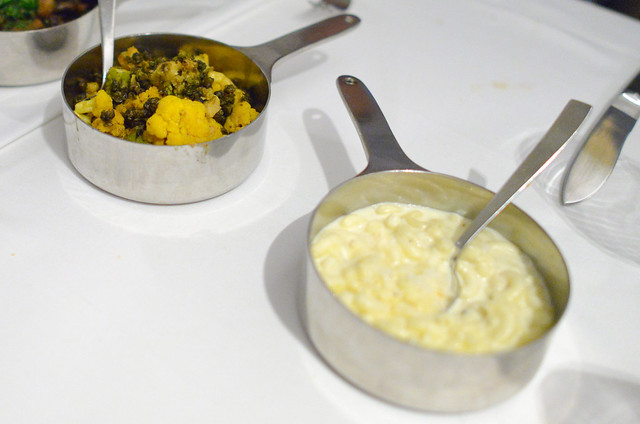 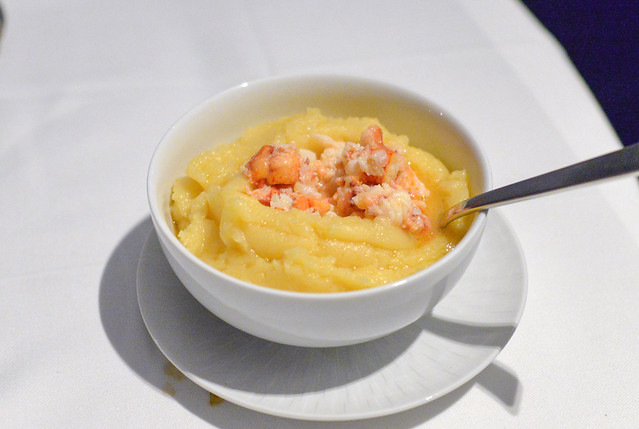 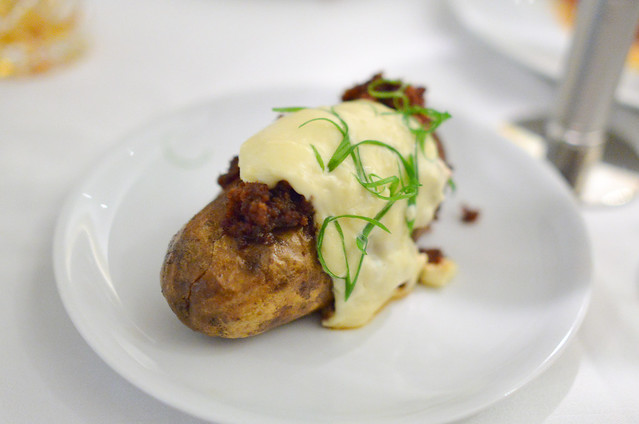 The black truffle mac & cheese, similar to my last visit, was a standout. The lobster whipped potatoes were also a good one, though came out with a very strong fishy smell.

Upon completion of the meats we indulged in a bourbon tasting; a cart was wheeled around to individually smoke a trio of pours. 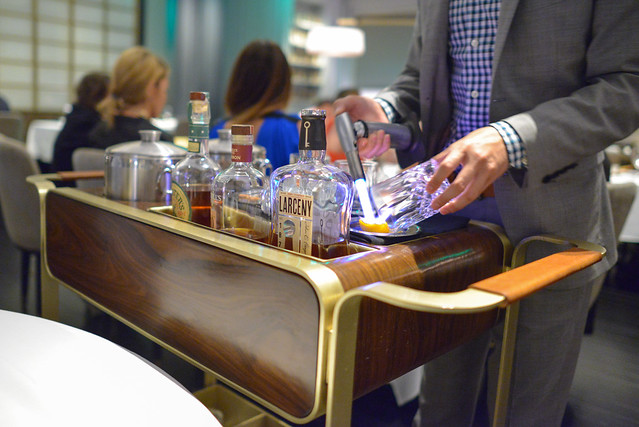 The next cart was one full of sweets, served in addition to the actual dessert menu. 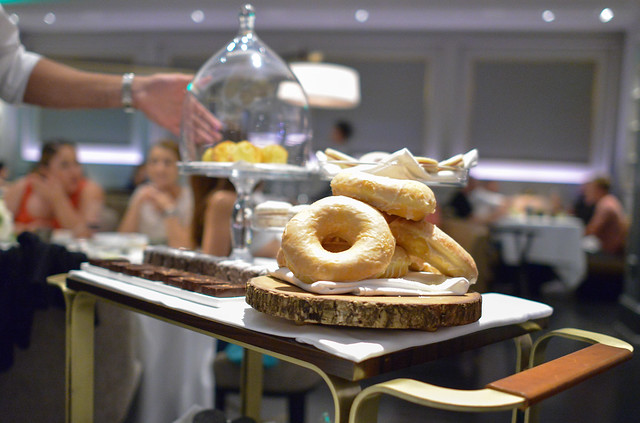 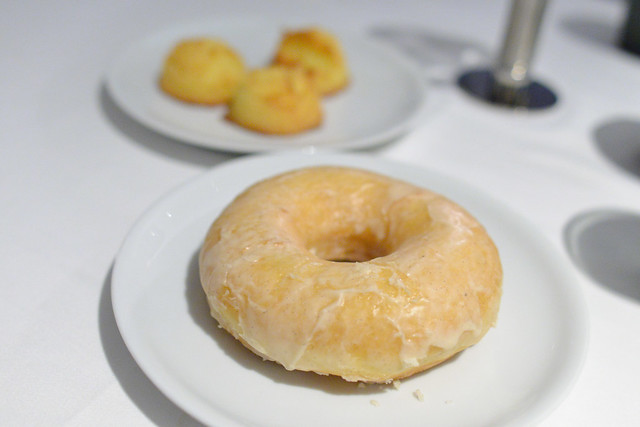 The doughnut was on the denser side while the macaroons provided a lighter bite full of coconut. 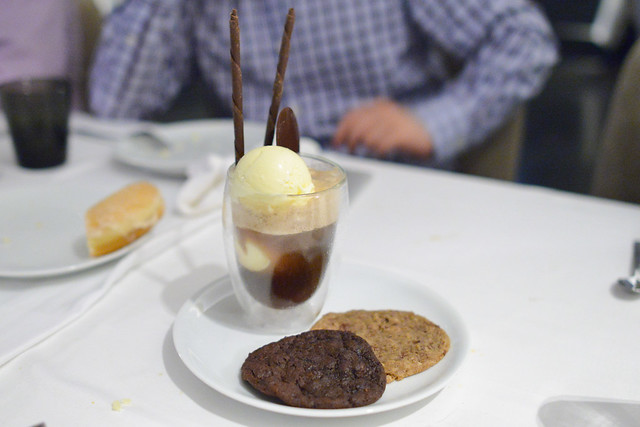 Another classic, this seemingly-simple dessert was executed perfectly. Warm cookies were a great accompaniment to the cold dessert. 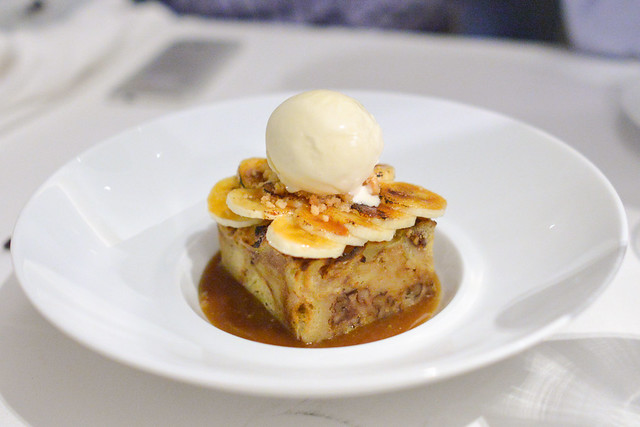 The bread pudding was even better. Served slightly warm, it was rich and flavorful with the buttered rum sauce. Caramelized bananas had a nice texture while the ice cream brought a nice contrast to the warm dessert.

Our meal at Bourbon Steak was a good one. The steaks were very good, though I couldn’t say any stood out as being great. The rest of the courses were solid; duck spring rolls, kampachi, and the tartare were all memorable. Both of the plated desserts were delicious too and service was strong throughout the evening to complete the experience.