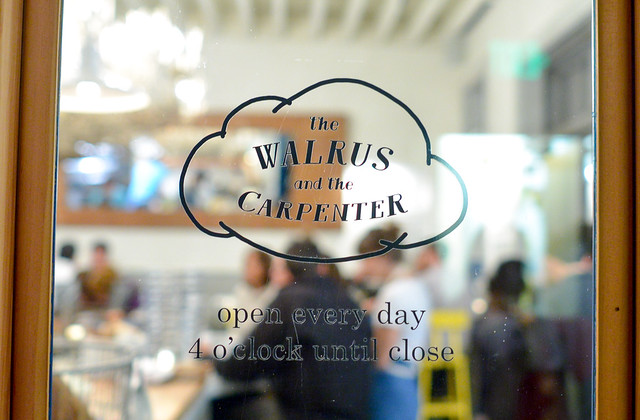 I had one free evening on a quick business trip to Seattle, my first time to the city. Seattle’s got a ton of interesting restaurants and it was a difficult decision narrowing down to one. In the end, we decided on The Walrus and the Carpenter, Renee Erickson’s 4 1/2-year old oyster bar. The no-reservations restaurant has been consistently popular since its beginning, but we were able to squeeze in for an early dinner table after a 20 minute wait.

As expected, the focus here is on seafood particularly oysters. A large variety are always on hand (9 on this evening) as well as a bounty of other seafood small plates. A handful of garden, pantry, meat and cheese plates round out the menu. 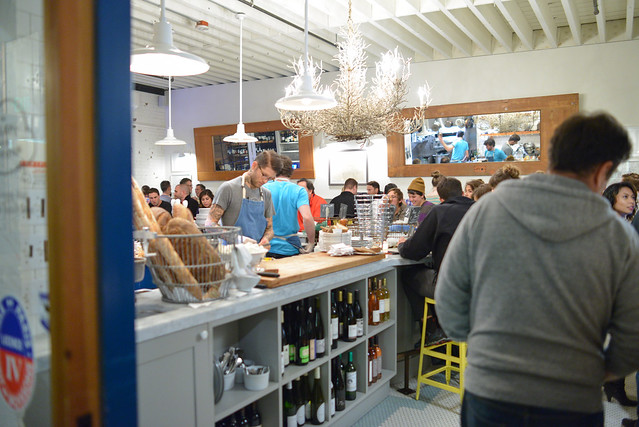 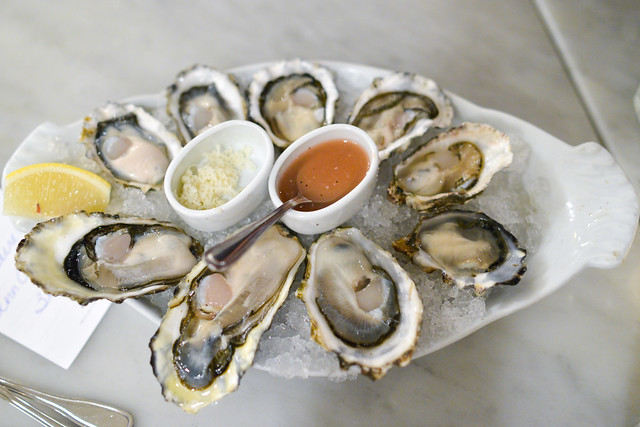 The meal began with three oysters each of three different types. Each of them local, the favorite was the one from Treasure Cove just southwest of the city. 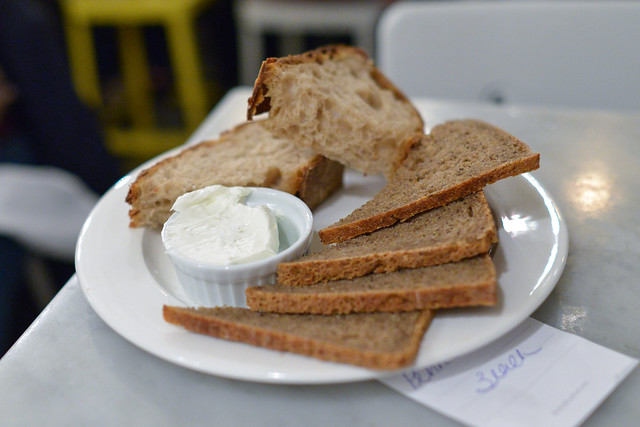 Bread was four bucks, provided by a duo of local bakeries. They were fine, the rye version a bit more earthy/nutty than I’d prefer. 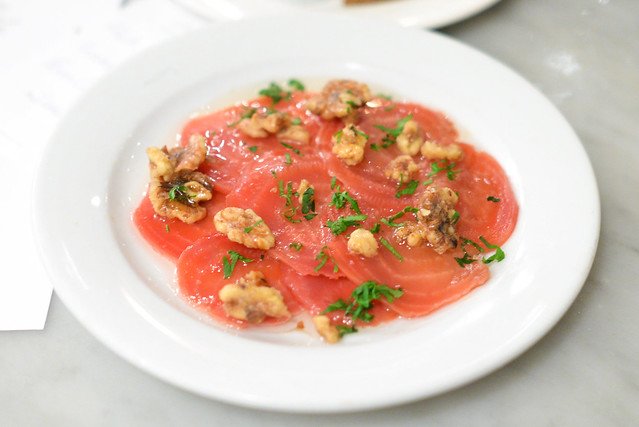 Moving into the vegetable-focused small plates, these beets were delicately sweet with texture and nutty flavors from the walnuts. Just a little sherry vinegar helped to balance it all out. A nice, clean dish. 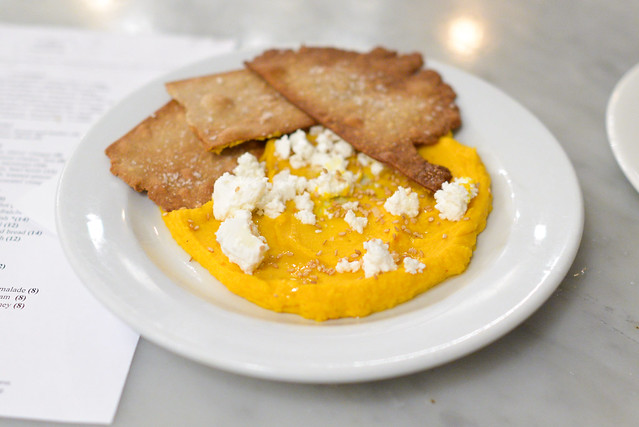 Sweet and earthy flavors came through on this puree as well with some added richness from the feta. The sesame crackers were a nice vehicle in which to pick up the squash. 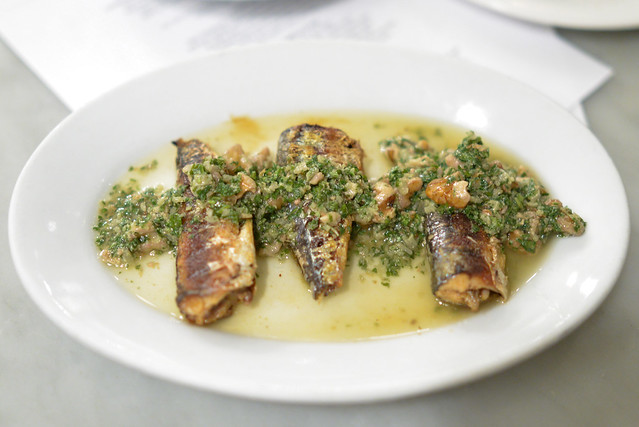 Moving into seafood, we gobbled up these sardines. The grill imparted a subtle smoke flavor to these sardines, while parsley, shallots and butter provided complementary flavors. 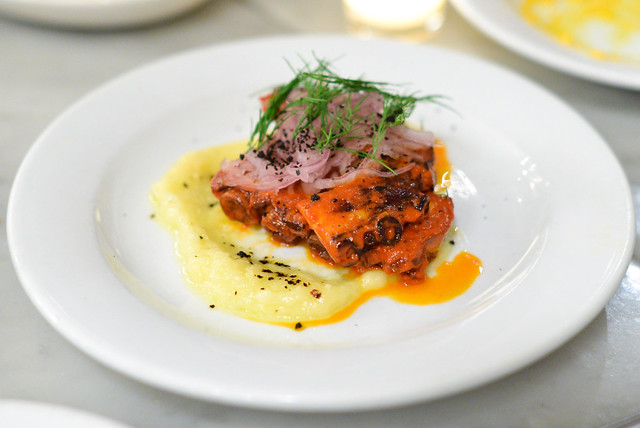 Octopus was another highlight with some bold spice flavors from the harissa balanced out by fresh onion and fennel fronds. 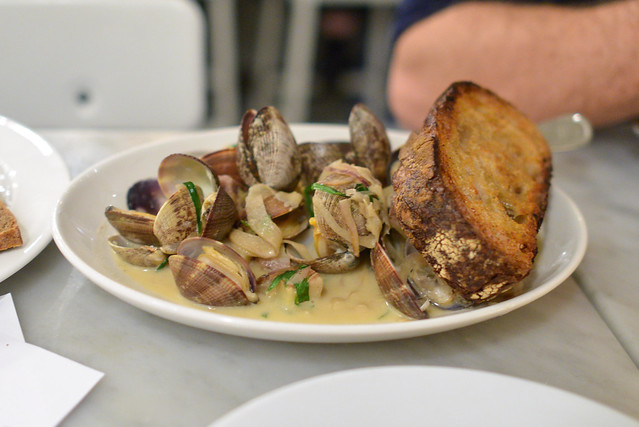 Steamed clams were simply done with an anise-scented broth from the fennel and pastis. Some grilled bread helped to soak up the broth, eaten with the sweet clams. 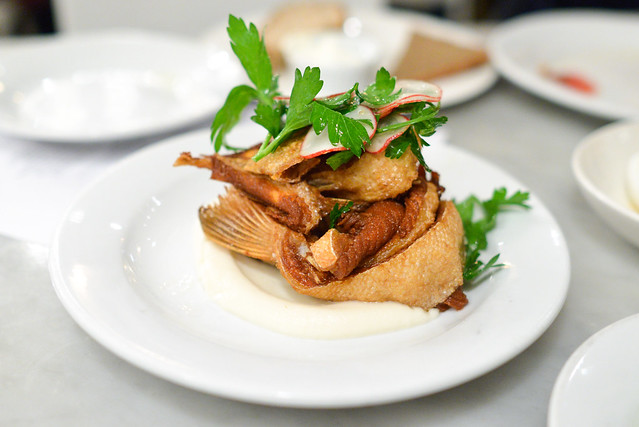 Fries salmon belly was nice with a crunchy exterior and rich, moist flesh on the inside. Raw slices of radish and parsley provided some fresh flavors and textures to offset the richness. 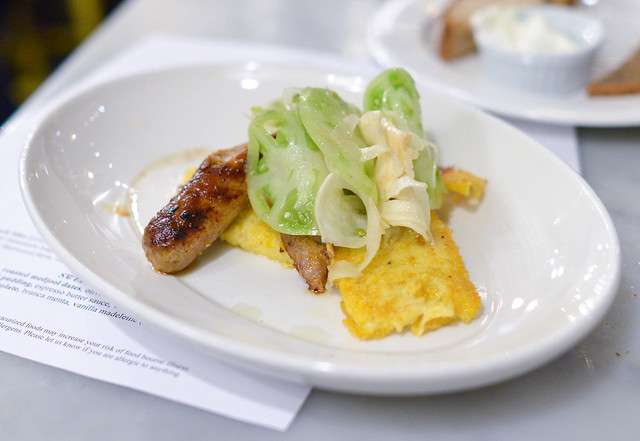 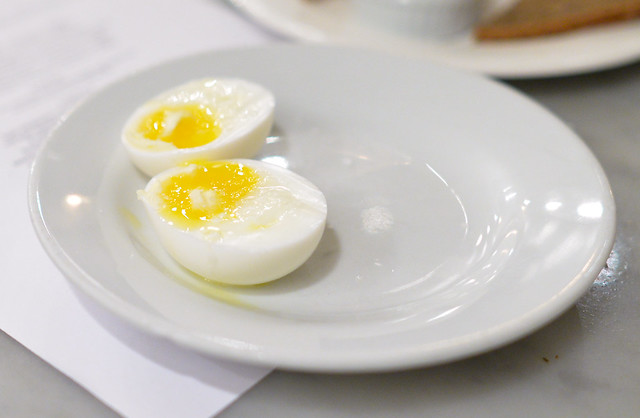 Our last savory dish was this chorizo one that initially came with a missing egg. After inquiry, the egg was unceremoniously plopped down on our table on a separate plate. Not sure how the kitchen allowed such a promiment ingredient to be missed, but I really thought the dish should’ve been taken back, egg added, and brought back out. Regardless, this was a flavorful dish with mildly spicy chorizo complemented by griddled polenta and fresh green tomato.

Our meal at The Walrus and the Carpenter was a good one, though it might’ve been a bit overhyped for me. It also didn’t help that I was in Boston just the week before indulging on a myriad of fresh shellfish there. The restaurant certainly delivered on fresh seafood simply prepared; it was just that none of the individual plates (or the meal as a whole) really stood out as memorable. 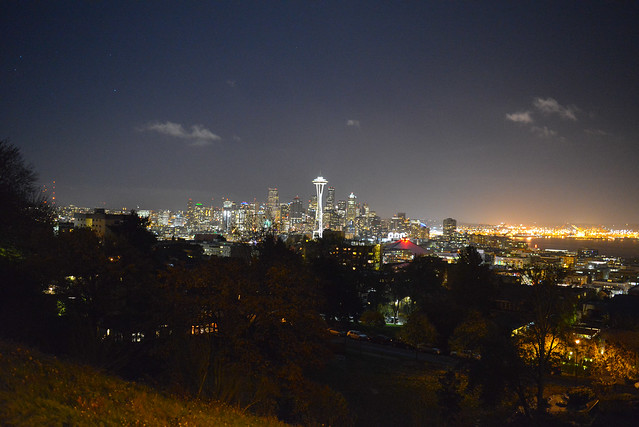