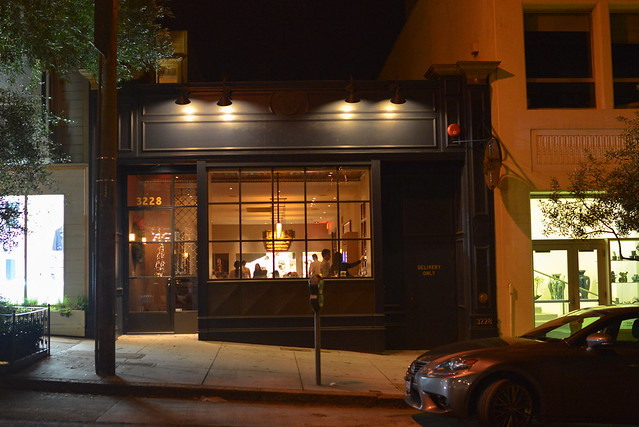 Nico opened in late 2013 quietly garnering a following as a sort of neighborhood restaurant nestled between Pacific Heights and Presidio Heights. SF Chronicle food critic Michael Bauer has been a fan since the restaurant opened; on Christmas Eve, he wrote a review calling it a “destination restaurant” and gave an impressive three-and-a-half stars (out of four). While looking for post-Christmas meals, my dad snagged a last minute reservation here for the family to try.

While Nico is tasting menu-only, it’s priced very reasonably especially for San Francisco standards. $45 buys three courses while $55 buys 5 courses with an optional wine pairing for $45. In a city where it seems fine dining restaurants continue to push the envelope with quickly-increasing prices, it was nice to find something a little more value-conscious here. We opted for the 5-course menu. 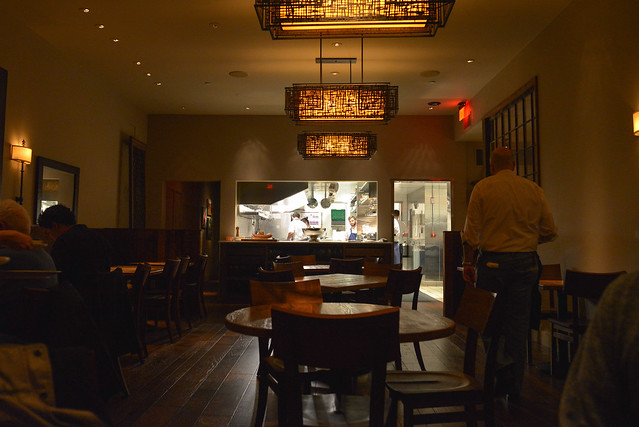 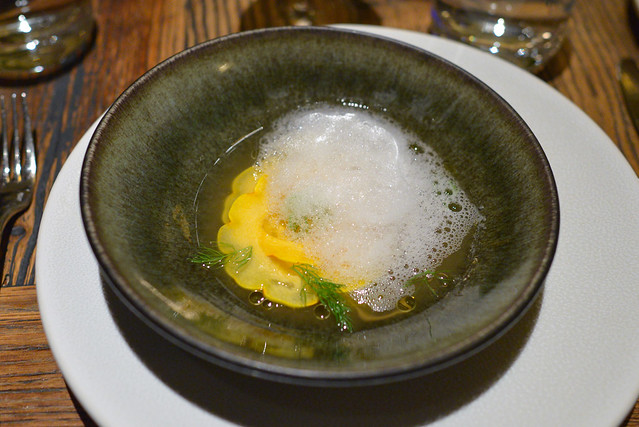 A sort of anchovy broth was the base for this soupy dish, made richer with an egg yolk. The squash wasn’t too prominent but the overall dish suffered from being way too salty. 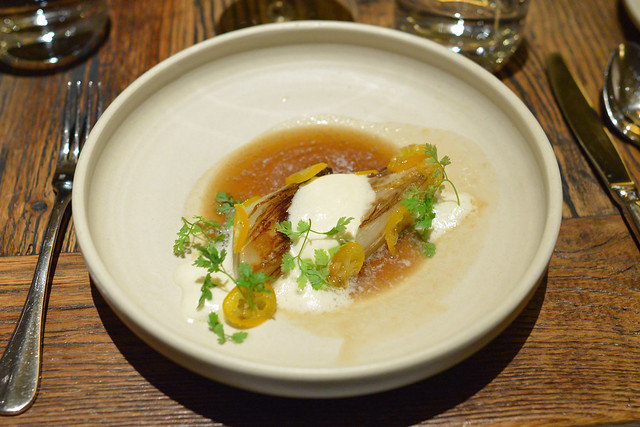 Bitter endives were paired with sweet candied kumquats in a savory sunchoke broth. Nice flavors with some added heft from the creamy cheese espuma. 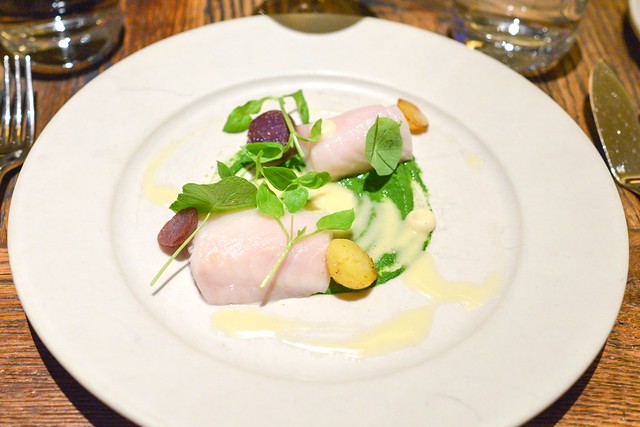 The black cod was poached, very tender, with lemon and grassy flavors to accompany it. Smoked potatoes added some additional flavor, though I wanted some extra element of texture. 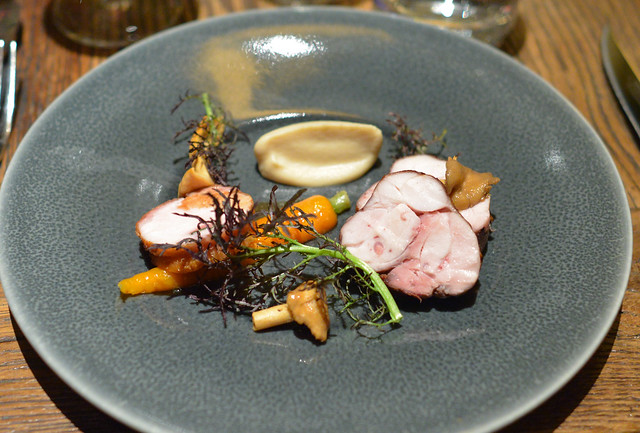 The rabbit was cooked nicely, juicy, though may have sat a little while as it was lukewarm and the skin more chewy than crispy. Celery root puree and carrots provided some earthy flavors to match. 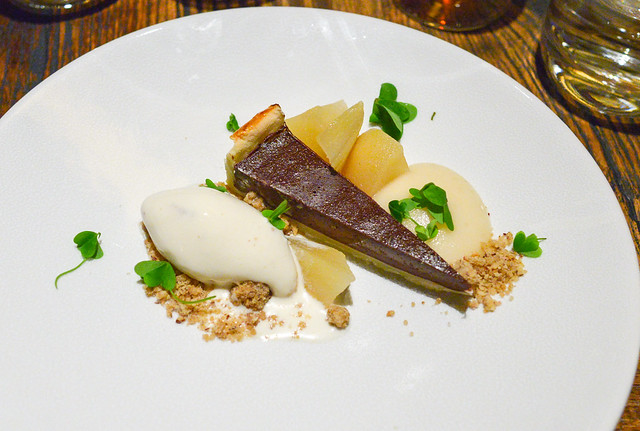 A rich chocolate tart was the last taste; for me, the highlight was the hay ice cream which paired well with the chocolate. Sliced pear wedges provided some fresh flavor.

I really wanted to love Nico; I really like what they’re doing here. However, many of the dishes were missing an element or two with some flaws in their execution. It was still a good meal, sure, but just not as great as expected. Service was excellent though.