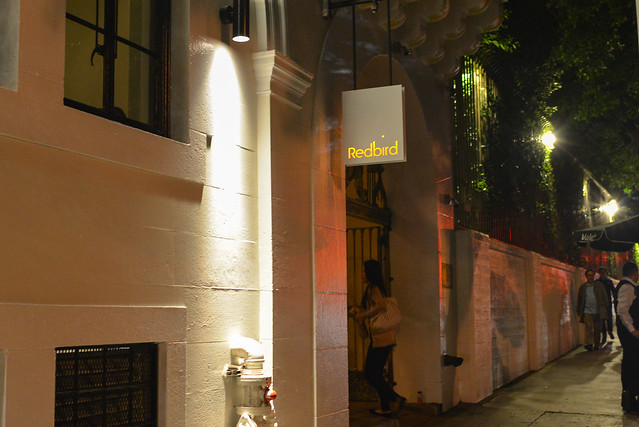 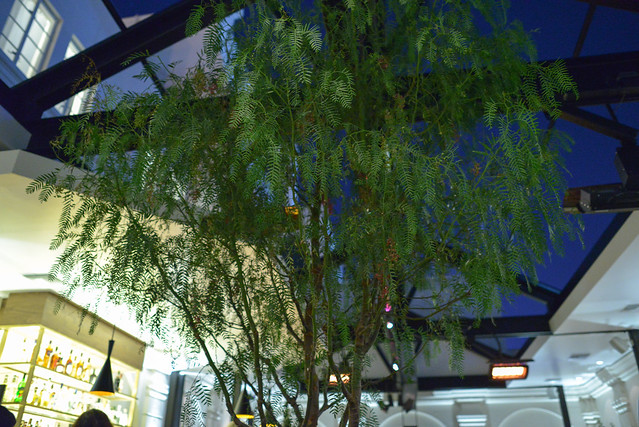 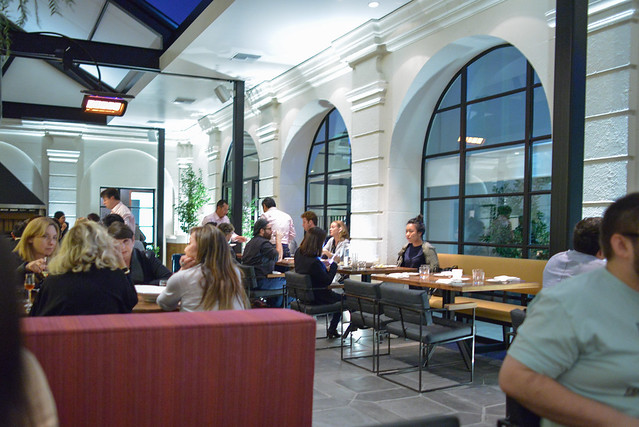 The amuse bouche at Redbird came in the form of a cocktail; this cocktail and a bottle of wine kicked off the liquid part of the meal. 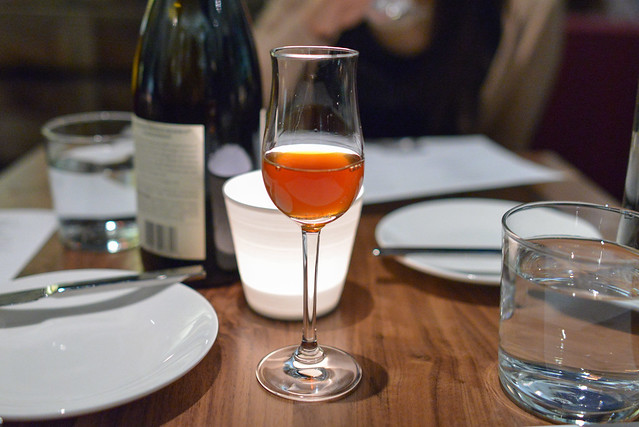 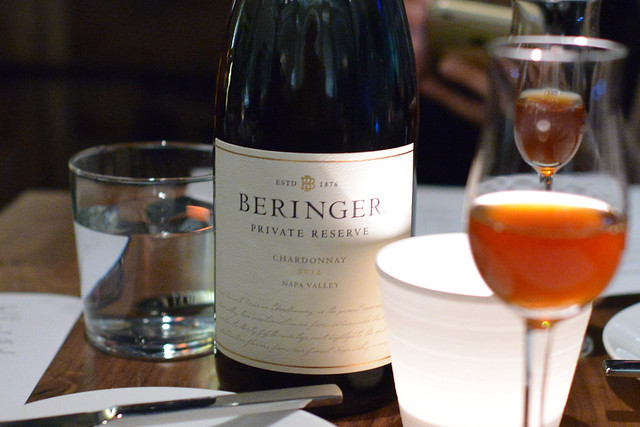 A bread basket including gluten free gougeres began the food part of the meal. 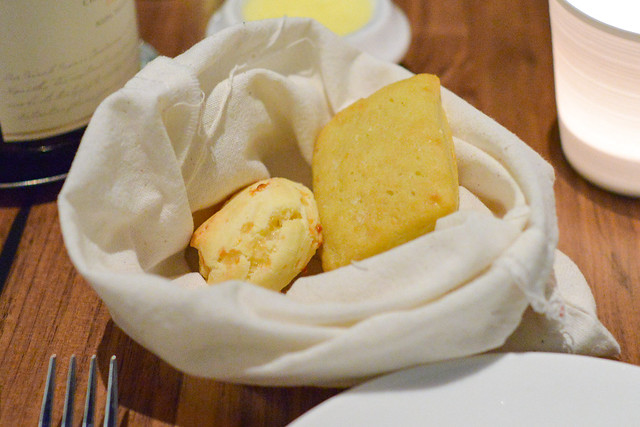 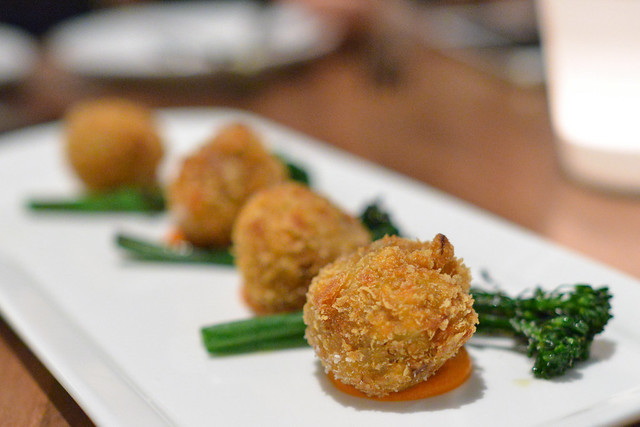 These were very good – crispy, juicy and full of porky flavor. Romesco and charred broccolini provided a lot of balance to the rich bites. 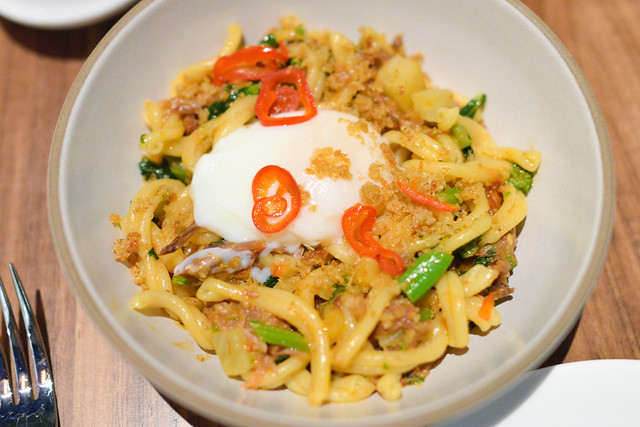 Al dente gemelli was paired with a goat ragu and a poached egg. This was rich and very savory with some heat from the chilies and crunchy breadcrumbs. 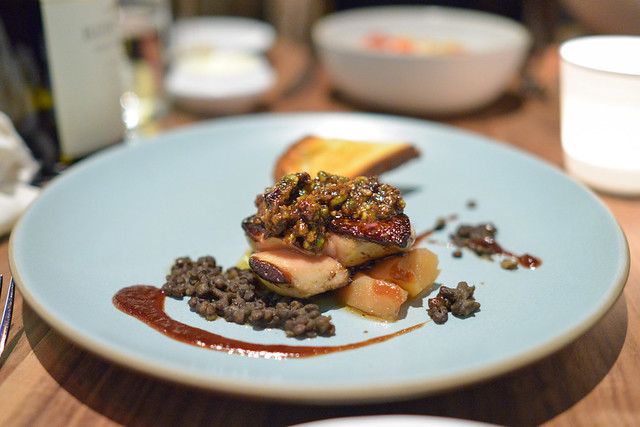 My first foie gras since the ban, this piece was pan seared with sweet quince and crunchy pistachio. Cacao nibs provided a chocolate undertone; a good dish, though the liver almost got lost in all of the flavors. 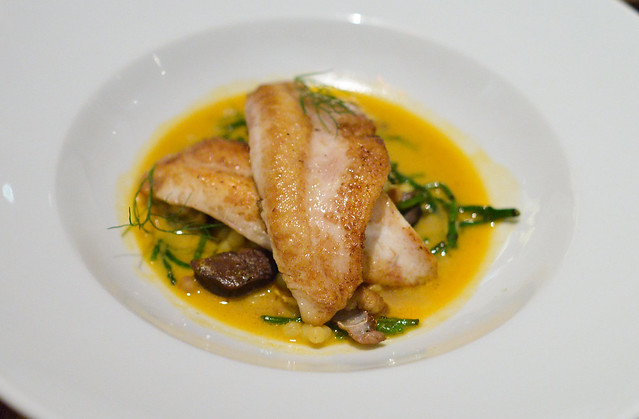 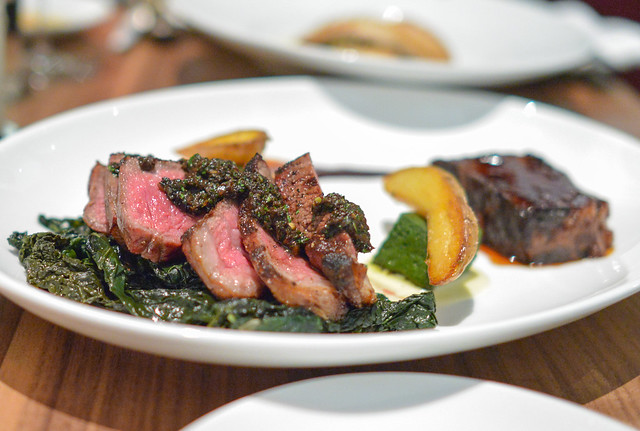 Both pieces of beef were good; the sirloin could’ve been slightly more tender but flavors were there, and the short rib was fork tender excellent. A rich jus provided even more flavors while a sort of kale ‘sponge’ and potatoes completed the dish. 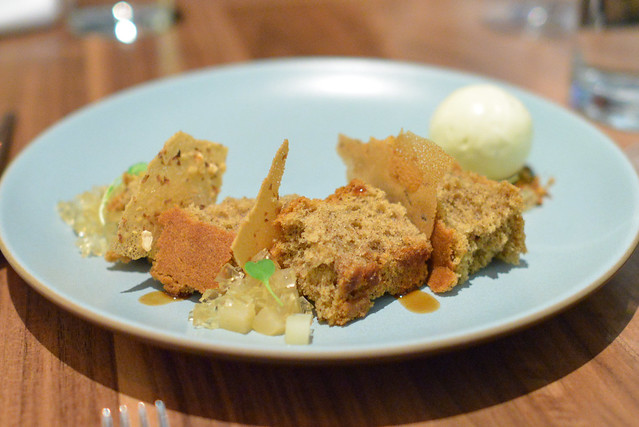 The cake was very dry, moreso a bread. The pear and beer jelly added a little more liquid, but it was still just too dry. The ice cream was interesting, a grassy goat cheese flavor from the notable cheese from NorCal. 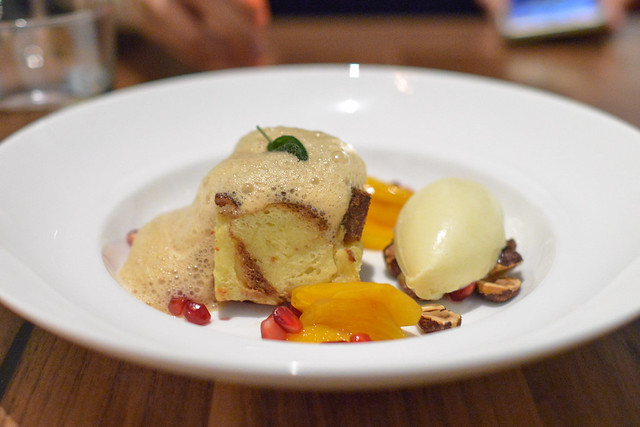 Bread pudding was served warm, a very comfortable dessert with plenty of fruit and a delicious ice cream.

The meal at Redbird was a very good one and I’m excited to have it downtown. The food kept things interesting and was consistently delicious. I wish each dish was described as they arrived at the table though; I feel like the food deserves it. I found myself having to consult a quick photo of the menu on my phone. Nevertheless, I’ll be back to Redbird to try more of this menu.