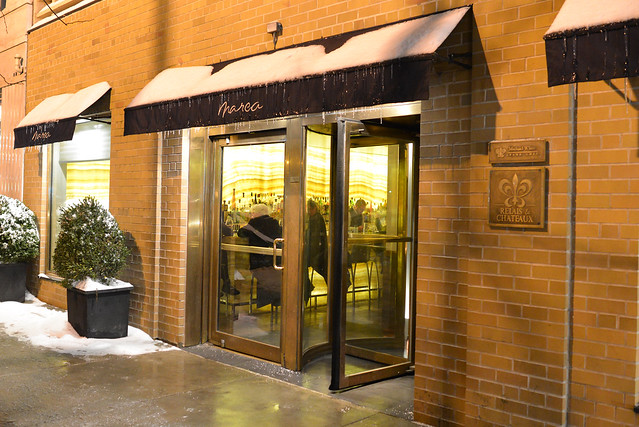 Given it’s been a good six years since I had been to New York City, the list of restaurants I want to try is overwhelming. So, narrowing down a coveted dinner choice was a challenging (though exciting!) task. I wanted a restaurant that would be brand new to everyone dining (my parents and I) and something a little less of a marathon given the extended tasting menus of the previous dinners. Marea is a restaurant that’s been on my radar since opening in 2009 and fit the bill for this meal. An Italian seafood restaurant, the restaurant currently holds two Michelin stars and ranks #93 in the latest best restaurants in the world list. 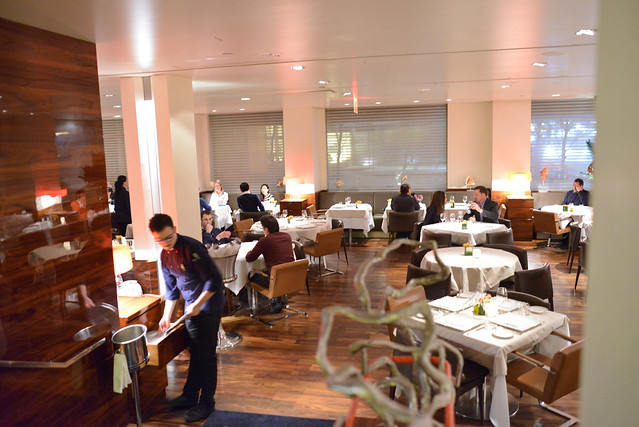 While a la carte and by-request tasting menus are available, I suspect most diners choose the $97 4-course pre-fixe, which basically allows one to choose 4 dishes off the a la carte menu (one crudo/antipasti, one pasta, one main and a dessert). Note that there are some pricing supplements for some of the more expensive dishes. My mom, dad and I went for the pre-fixe menu adding one small plate to share as an addition. 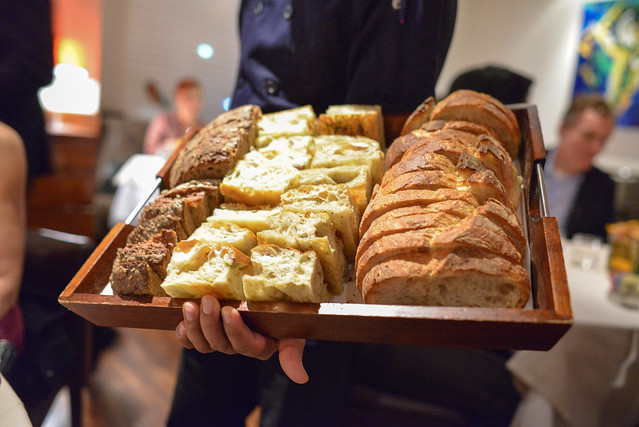 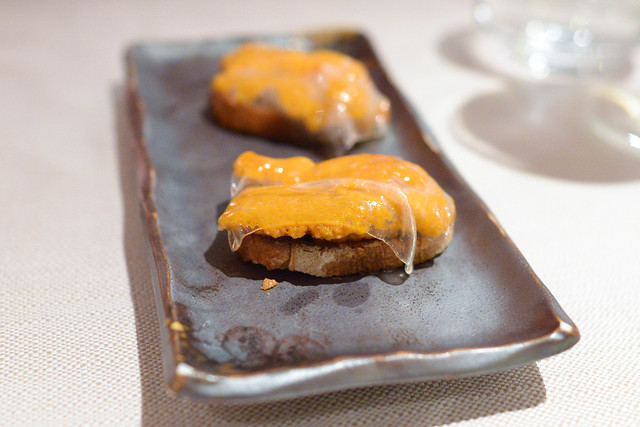 Served slightly warmed, this showed off flavors of the sea with porky accents. Really interesting; I enjoyed these bites. 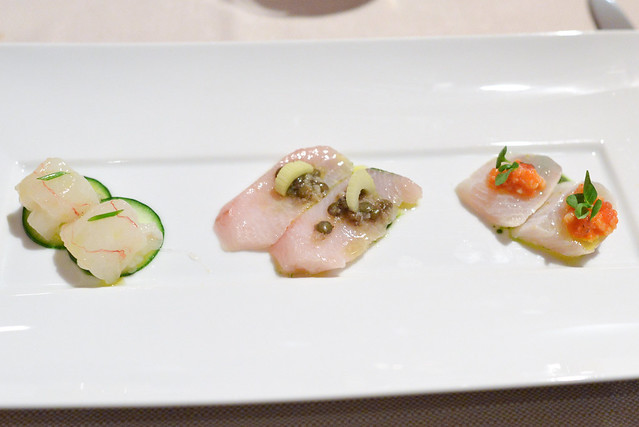 All of the varieties in this crudo tasting were good; the restaurant clearly has access to some high quality fish (as expected). My favorite was the langoustine – I loved the springy texture and natural sweetness. 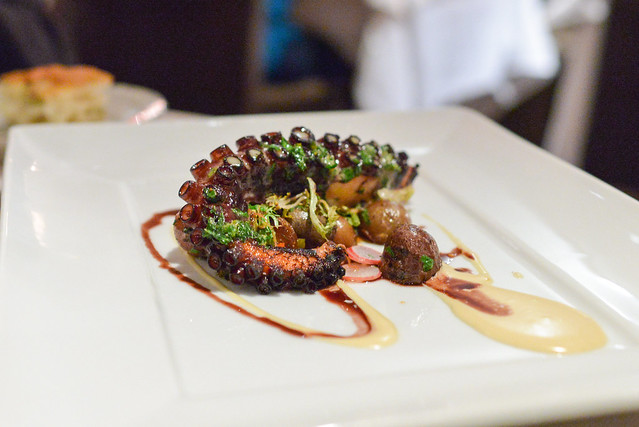 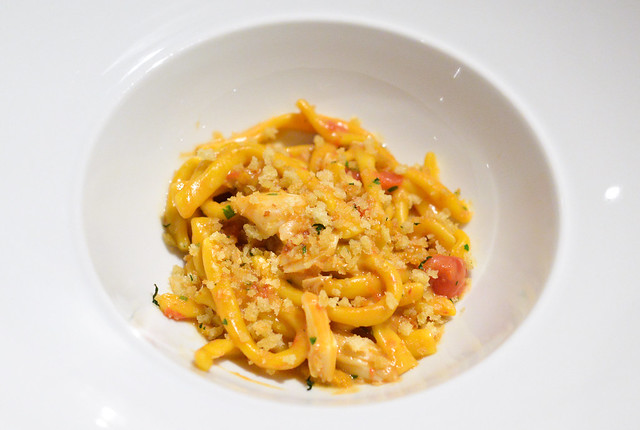 A bowl of rich sea goodness. Sea urchin was definitely upfront in the sauce with a great al dente pasta and crunchy breadcrumbs. Delicious. 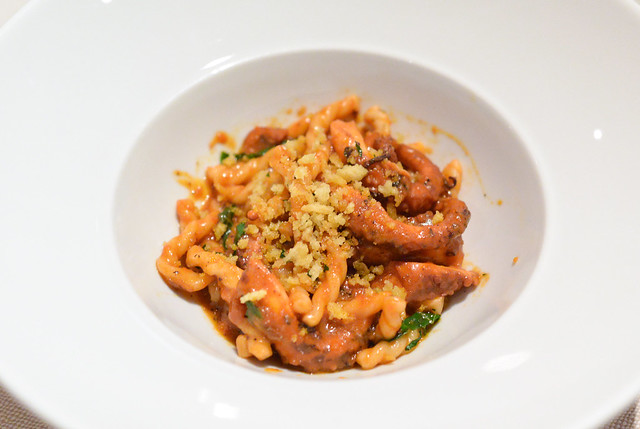 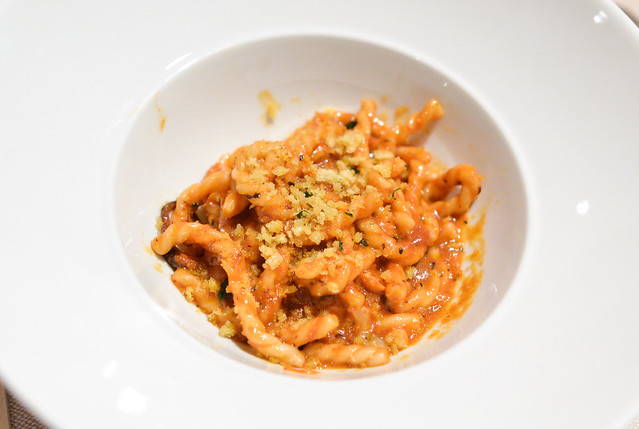 This was another great pasta, a signature dish of the restaurant. Tomato braised octopus was tender and the sauce flavorful, while the fusilli really held up to the sauce. My only gripe is that one portion only had about three pieces of octopus while another portion seemed to have eight to ten pieces – a sharp contrast in my octopus-to-pasta ratios (shown in the two images above). My personal preference was probably right in between those two ratios. 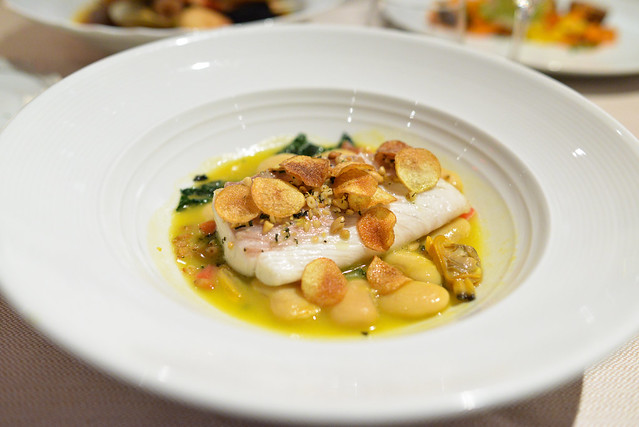 Moving into the main courses brought this beautiful snapper course, perfectly steamed. Moist, light and flaky, this was a delicious fish with saffron accents in the broth and creamy beans. The garlic chips that didn’t melt into the broth added some delicate texture and flvor to the dish. 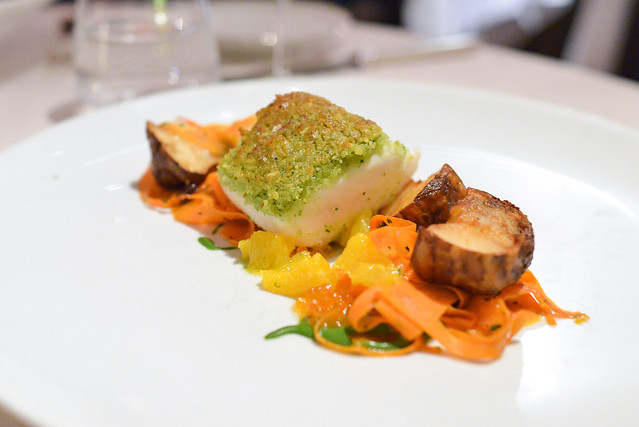 My mom enjoyed her halibut, cooked perfectly with a nice breaded herb crust. 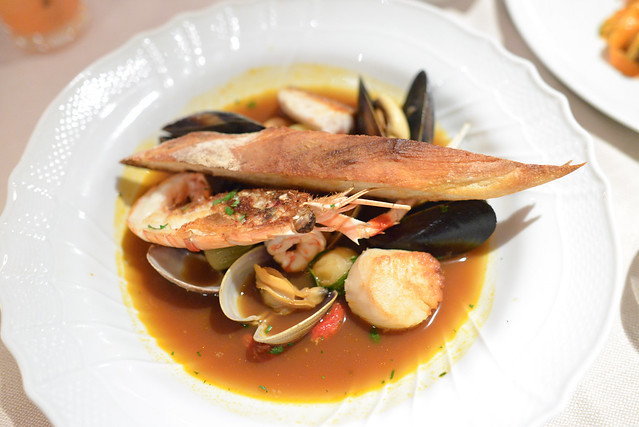 My dad went for this server-recommended hearty soup but was less-than-impressed. 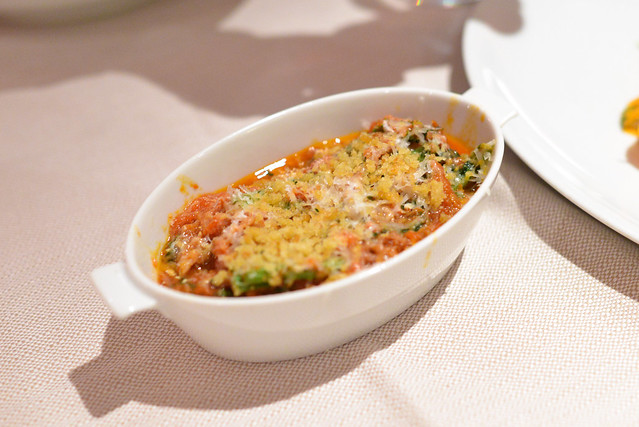 Just to keep things sort of healthy we also ordered some greens. These were braised in a tomato sauce with small bits of pork and topped with cheese. Less healthy than anticipated but more delicious.

Done with the savory, we moved on to dessert. 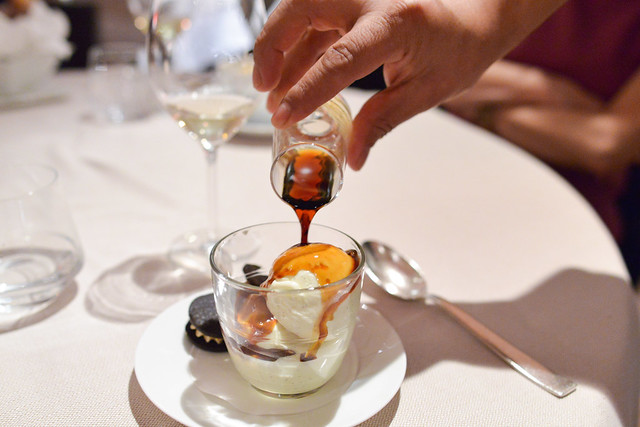 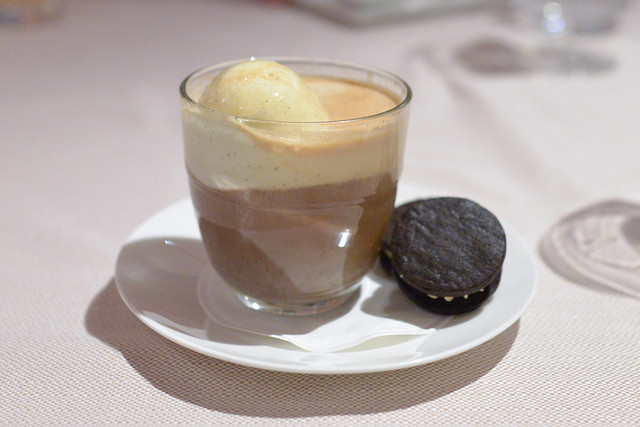 I thoroughly enjoyed this affogato, simple as always but the shot of amaro provided a nice edge to the dessert. 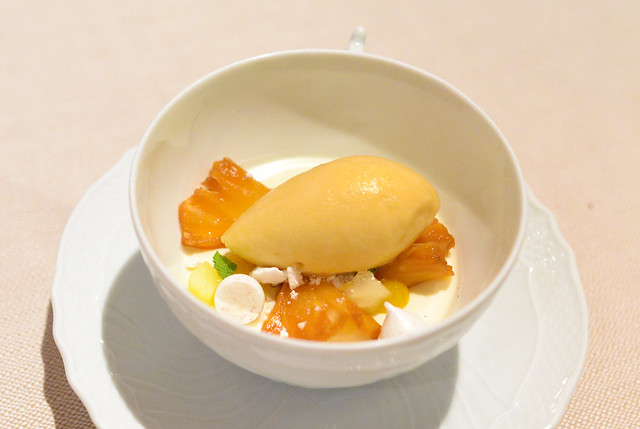 My mom went for the panna cotta, the lightest of the dessert trio. It was done well with bright fruit flavors. 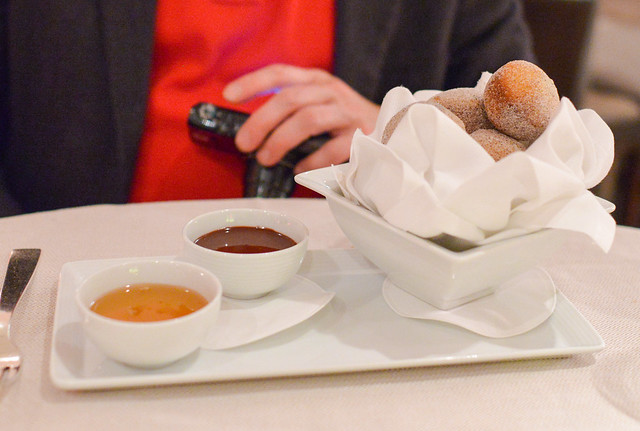 Doughnuts arrived warm at the table with chocolate and honey accompaniments. 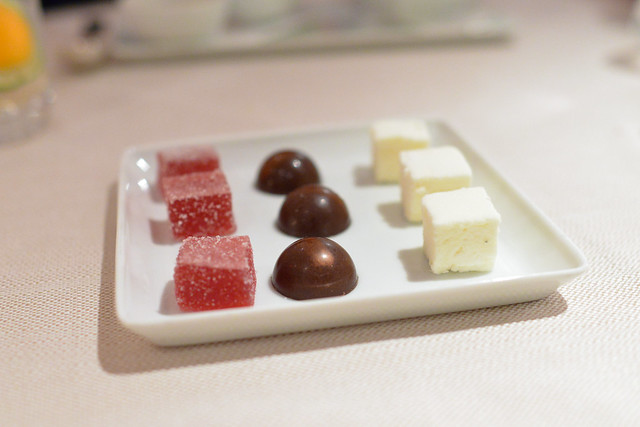 Dinner at Marea was a very good one. For comparative sake, it unfortunately followed dinners at Le Bernardin and Eleven Madison Park and failed to quite excite as much as those two. However, food was delicious (especially the pastas) and the seafood consistently shined. Attention to detail may have been a little below expectations though, particularly with the fusilli and in the service. Overall service was okay, but I was surprised to find not all of the dishes explained at the table as served. In some cases, just one of the dishes was explained but the other two plates plopped down unannounced. Didn’t detract a whole lot from the overall meal, but it was definitely noticeable.