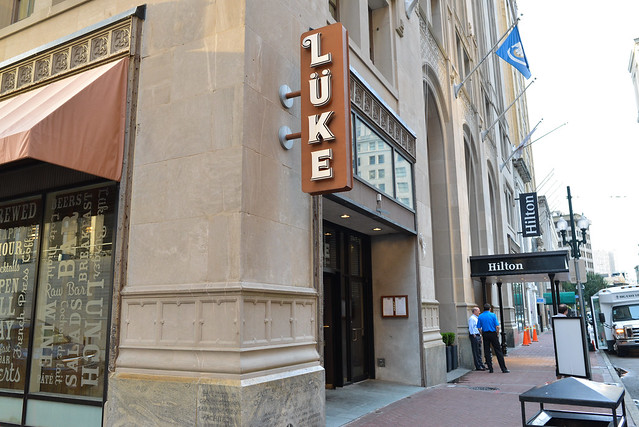 Luke was our first dinner in New Orleans. It’s a John Besh restaurant, one of the most notable chefs in the city with over half a dozen restaurants in town. We had a larger group this evening, so Luke’s proximity to the convention center, casual feel and Louisiana take on a French brasserie fit the bill. 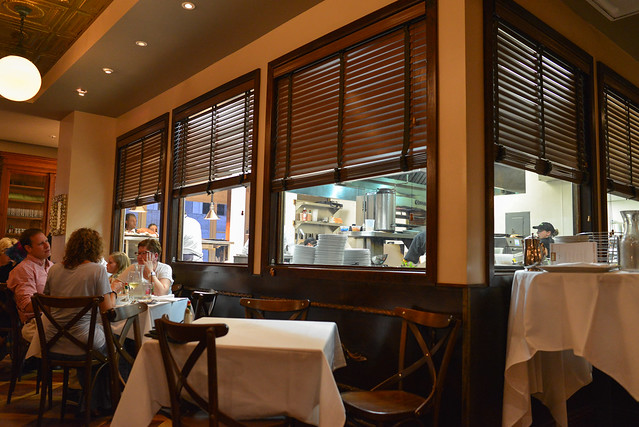 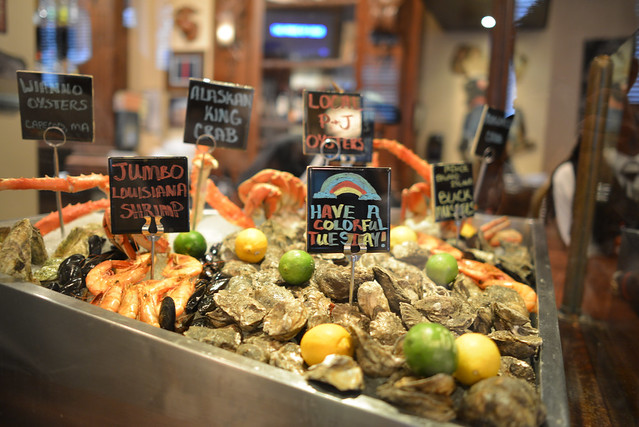 The menu showcases a raw bar (lobster, oysters, shrimp, clams, mussels, crab), charcuterie, and an assortment of southern and French favorites. We began with an order of local oysters. 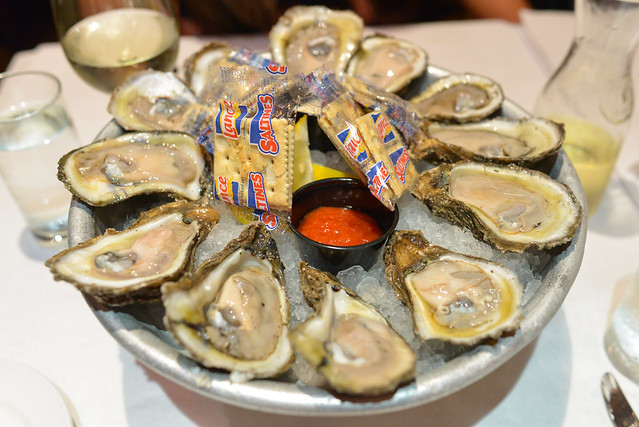 These were huge! Clean flavors, hearty and great with the bright lemon. Great value at a regular price under $2 apiece too (I hear they’re seventy-five cents during happy hour!). 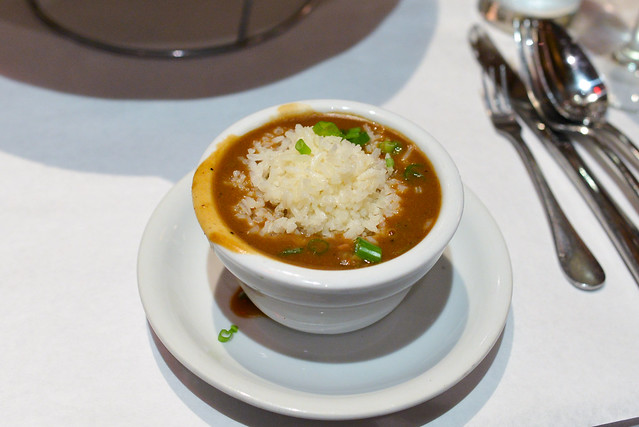 We had to try a cup of gumbo. The seafood gumbo had rich flavors with a shellfish base with pieces of shrimp and crawfish scattered throughout. 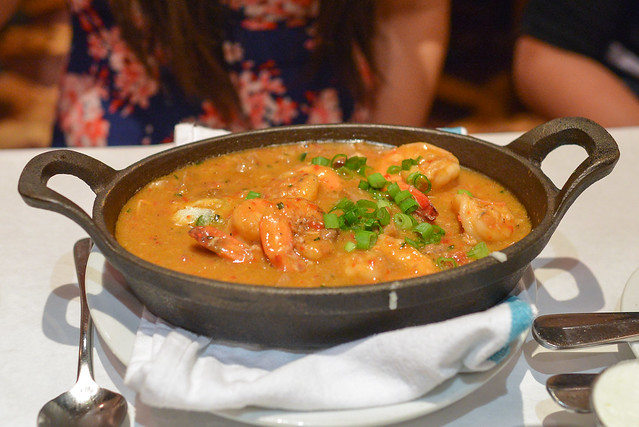 Tender sweet shrimp sat atop a very flavorful and creamy jalapeño grit base. Smothered in sauce, this was packed with plenty of flavor and subtle spice. 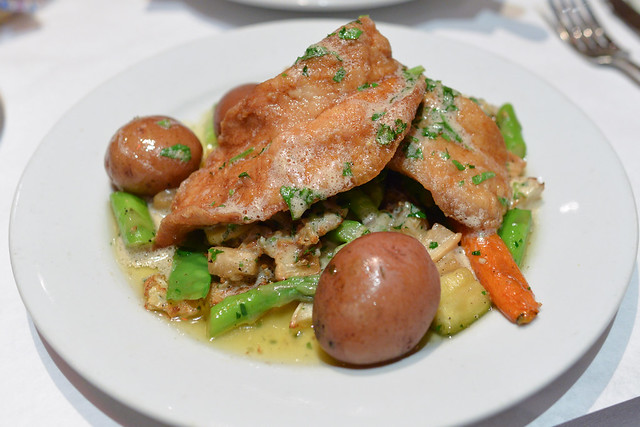 The fish of the day was Louisiana black drum; I had it prepared meunière style. The fish was cooked well, moist, with a variety of vegetables. The sides were a little disappointing though being a little on the oily side and having surprisingly mushy, waterlogged potatoes.

Lüke was a nice introduction to some of the food we would be having on this trip. Oysters, gumbo and shrimp and grits were all highlights here and some of the best examples of those dishes I’d have all trip long. It also really whet the appetite for dinner at Besh’s flagship Restaurant August later in the week.