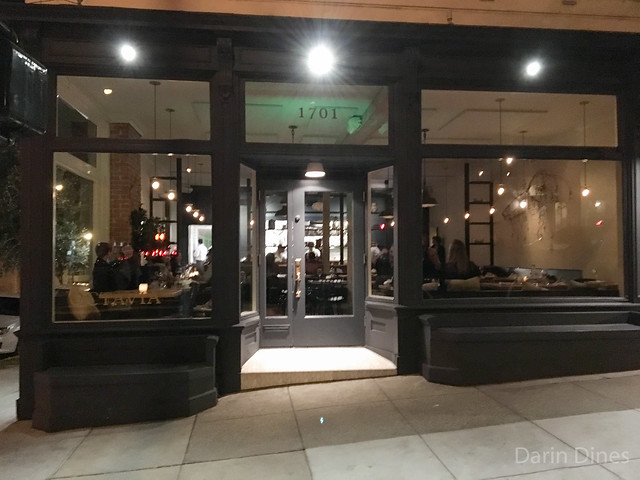 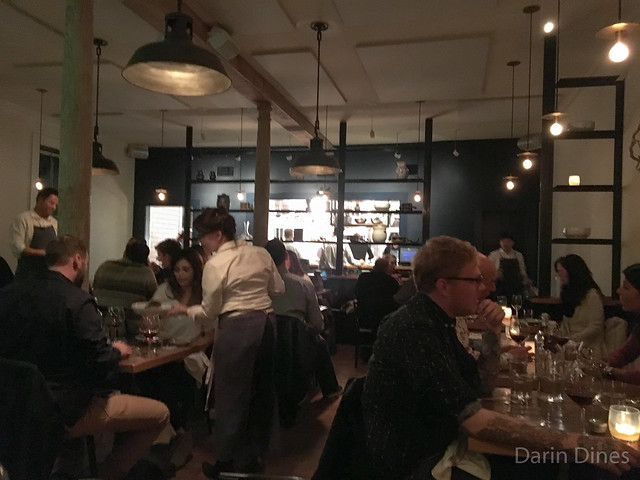 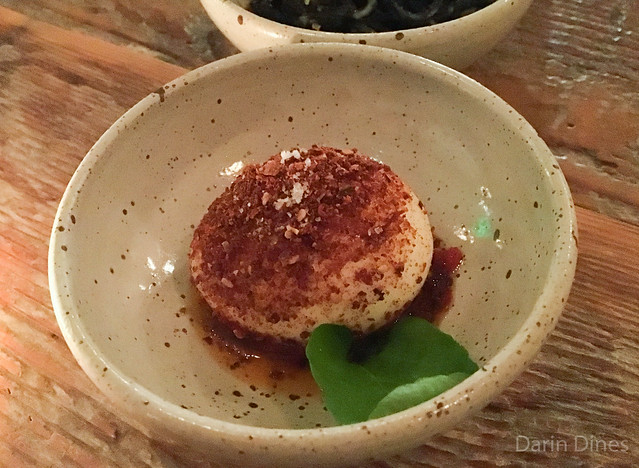 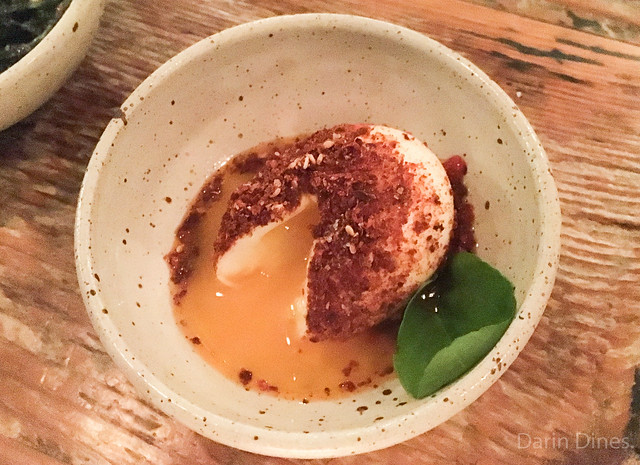 The deviled egg is one of the signature dishes here. Octavia’s take on the dish is with a poached egg. The yolk oozed at the first touch, topped with plenty of chili and spice. 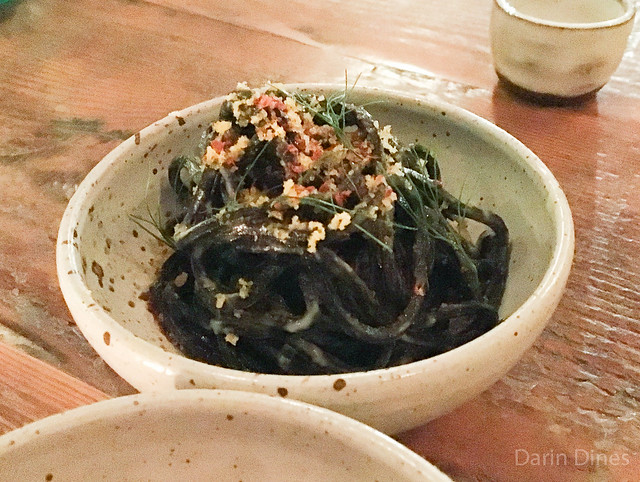 A cold squid ink pasta was next with a subtle heat and plenty of bright lemon zest. There was a nice chew to the pasta too. 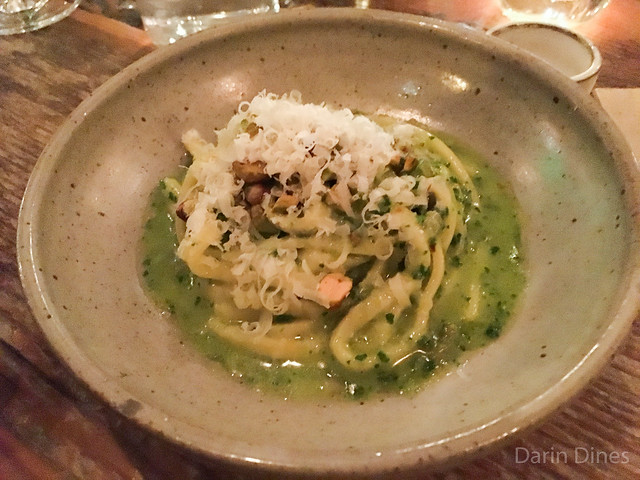 This linguine was served warm, rich and cheesy with a hearty pesto and more lemon zest. 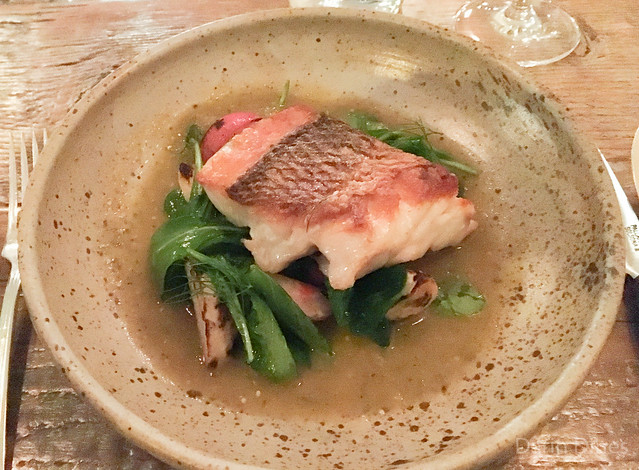 Crispy-skinned snapper was cooked well with moist flesh. The tomatillo broth packed plenty of flavor alongside the juicy turnips. 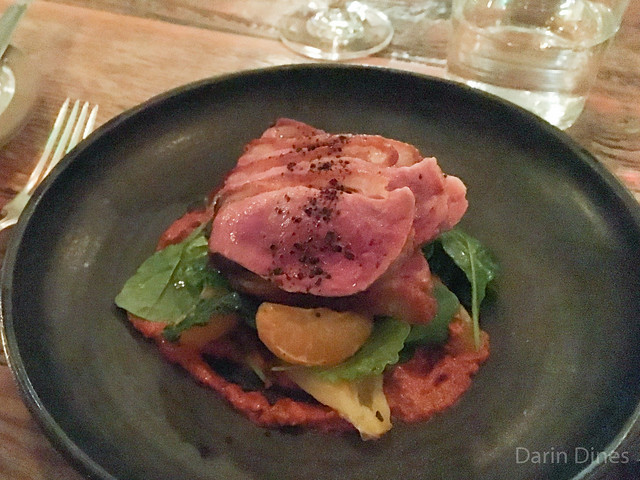 We finished with this beautifully cooked duck breast with crispy skin and tender meat. A flavorful romesco sauce made went nicely with the duck, as did the bold sautéed peppers.

Octavia presented a solid meal, executed well. It wasn’t a particularly memorable dinner, but it was good. I would get the deviled egg again.