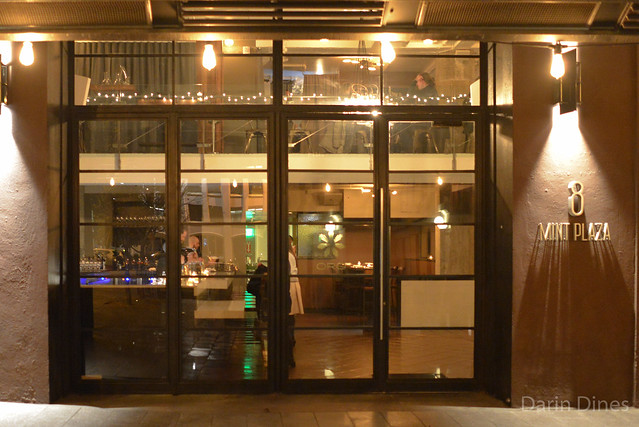 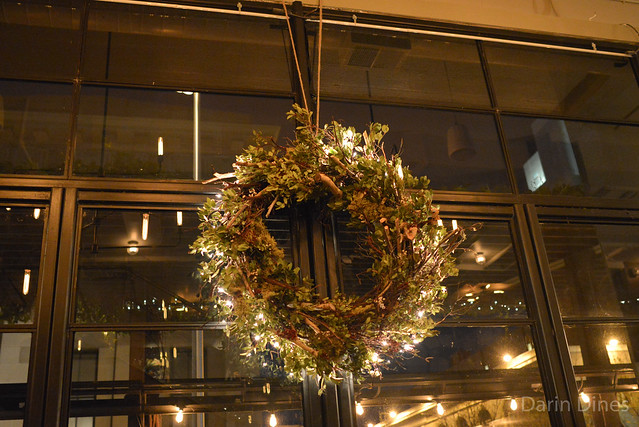 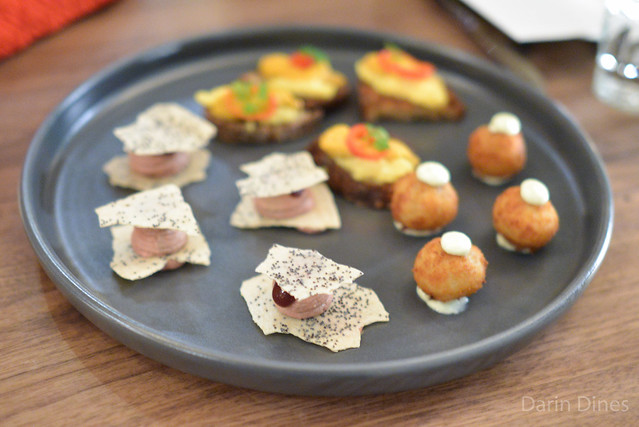 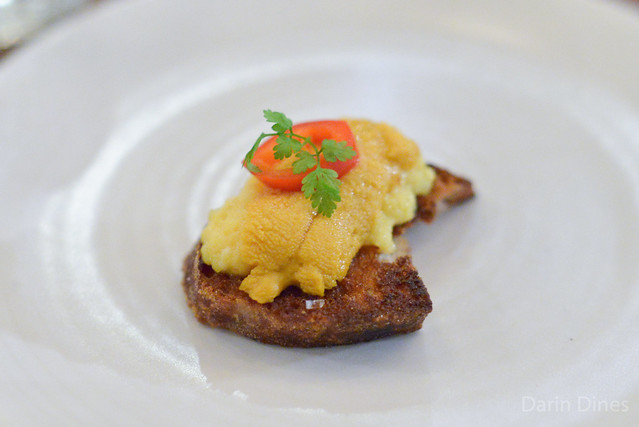 The meal began with a plate of three snacks. The salt cod croquette was served hot, crispy, with a creamy salt cod filling. Sea urchin and scrambled egg was as good as it sounded, sitting atop toast. Lastly, the chicken liver mousse showed off a rich minerality and crispy brown rice cracker.

A trio of appetizer courses came next. 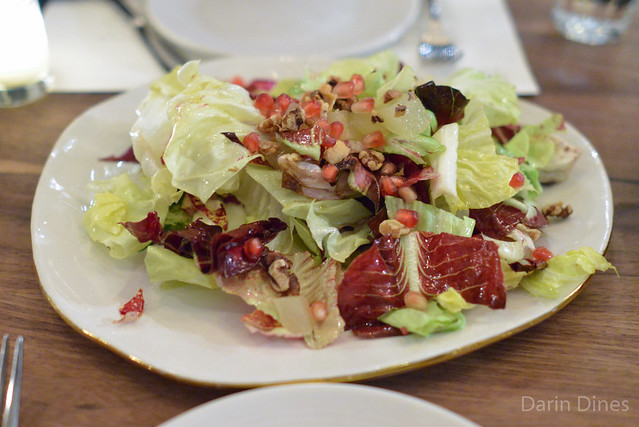 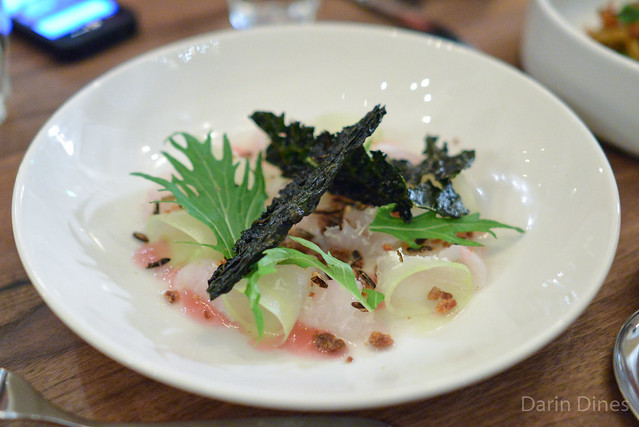 Fluke was very mild in flavor, paired with crispy kohlrabi and fruit. 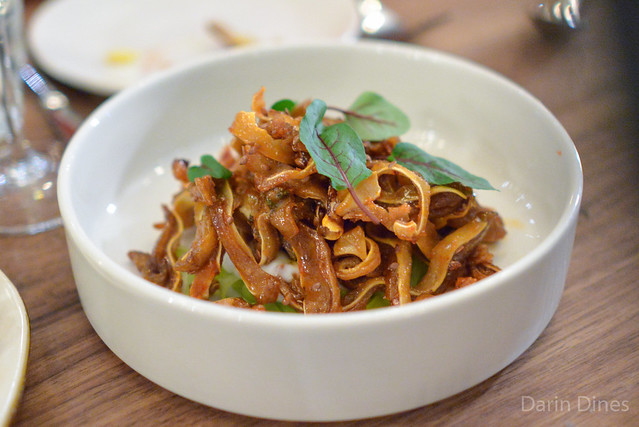 Pig ears were fried to a crisp, smothered in a sweet chili sauce glaze. Whipped buttermilk added a rich creaminess to the bites.

The third course brought in a large format clam dish paired with a vegetable. 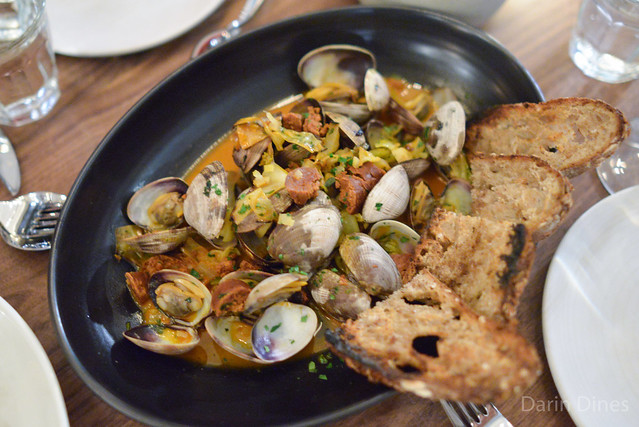 Clams were sweet with savory sausage and plenty of lemon zest to brighten everything up. I found the sausage to be either too lean or overcooked, somewhat dry and tough, but the clams and broth were tasty. 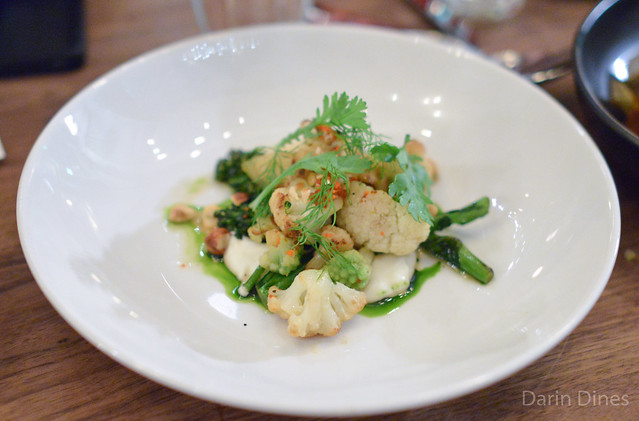 Plates of light, yet flavorful vegetables accompanied the clams. 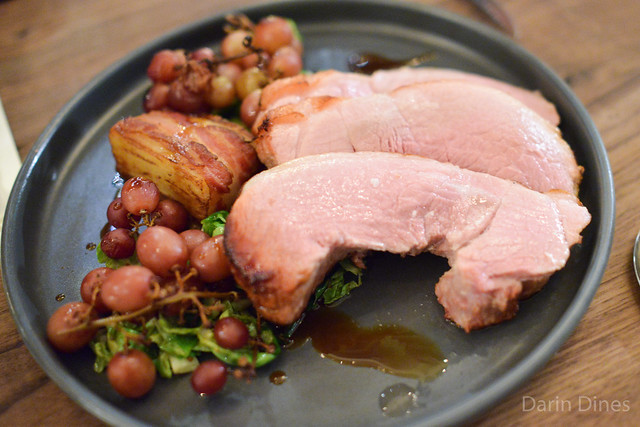 Thick slices of pork leg “steak” were juicy but not really that flavorful. The potato and bacon gratin was a hit though, with its thin layers of potato and crispy bacon exterior. 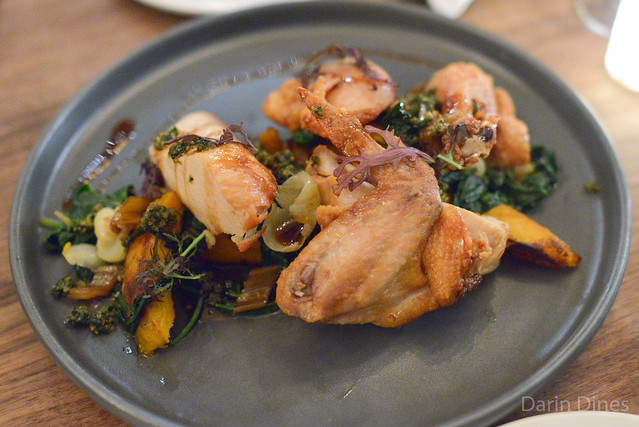 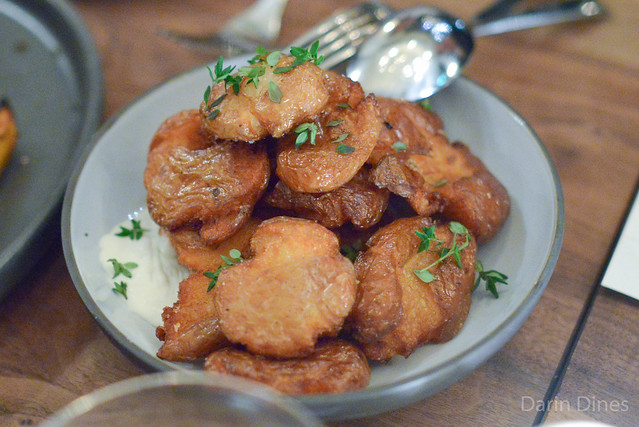 Some of the party felt the chicken was over-seasoned, but it was okay for my palate. The chicken was juicy and more flavorful than the pork. The potatoes were great, crispy and creamy with a creme fraiche accompaniment.

The final course was a couple of desserts. 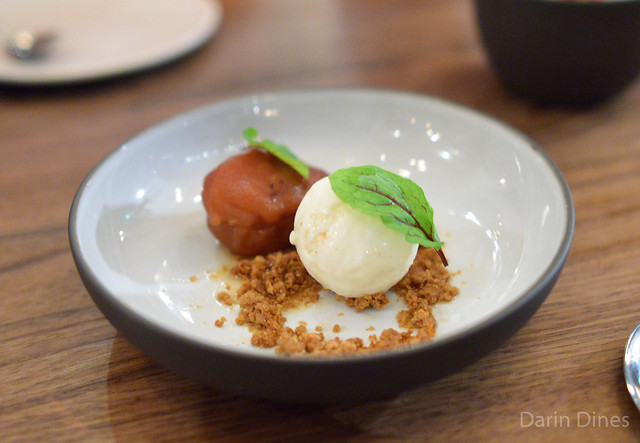 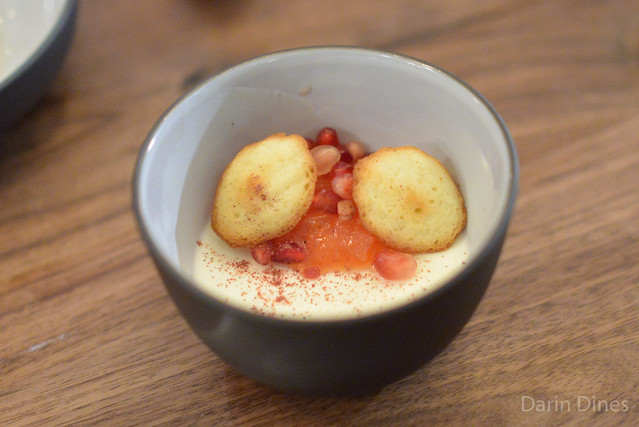 These were both good desserts featuring fresh fruit in various ways. I actually really liked the sunchoke ice cream – pretty sure I’ve never had that as a flavor before.

Dinner at Oro was a good one especially at the price point, though no one dish was particularly memorable. I didn’t think the food was quite at the high level of Commonwealth and from that standpoint, it was a bit disappointing. The tasting format was more food than we needed – we took a lot of leftovers home. I would definitely do a la carte if there is a next time.