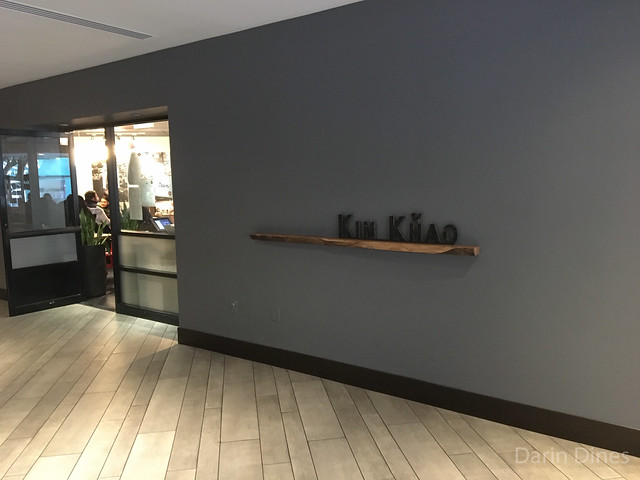 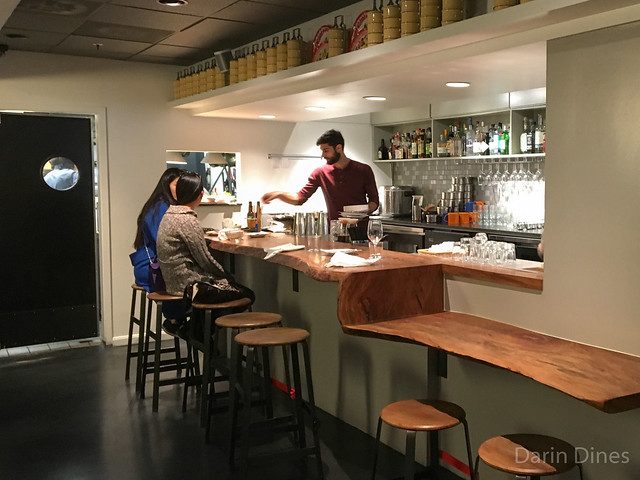 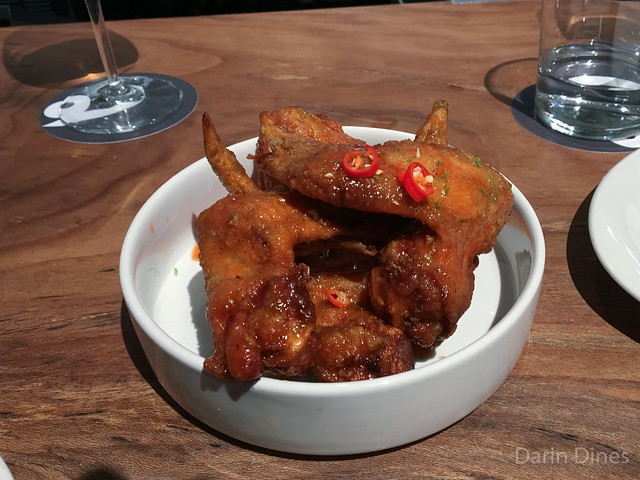 These wings resembled buffalo wings in preparation, fried and covered in an acidic glaze. These weren’t too spicy at all (which I was OK with) and still had a little bit of crispiness underneath the sauce. Good flavor, too. 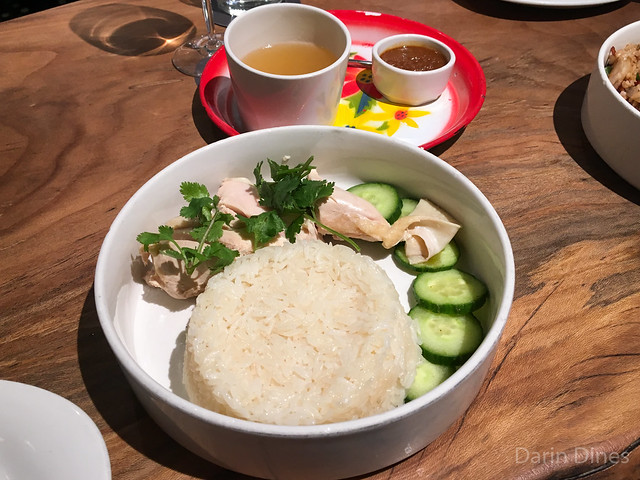 The Thai version of Hainan chicken was next. Slices of chicken breast were poached well with a savory sauce. The rice had plenty of chicken fat for extra flavor, though didn’t have the aromatics (ginger, shallots, etc) I really wanted. The broth was just OK; I thought it lacked some depth. 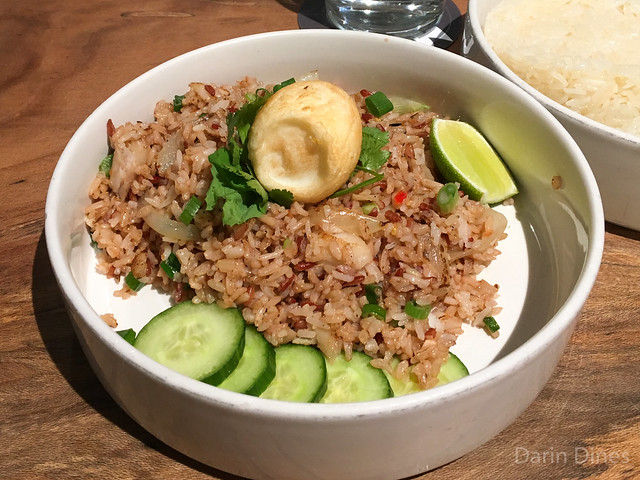 The kitchen had to redo the egg on this one. Explained as a runny yolk, the first attempt was cooked through. This dish as a whole had great aromatic flavors though, vibrant and with plenty of depth. Delicious.

I was only able to try a handful of dishes, but I enjoyed Kin Khao. The wings were good and the khao mun gai okay, but the salt cod fried rice was a true standout. I would return for dinner.