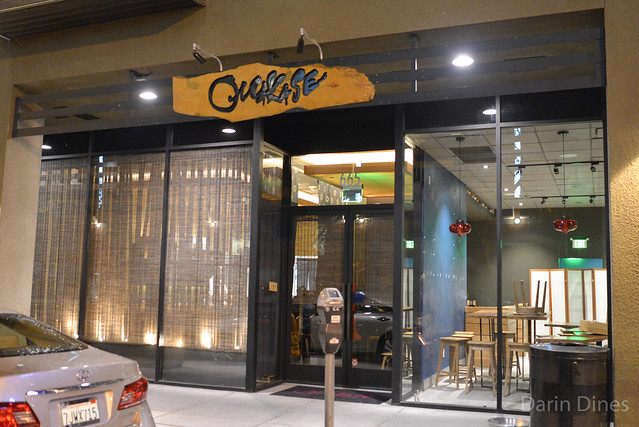 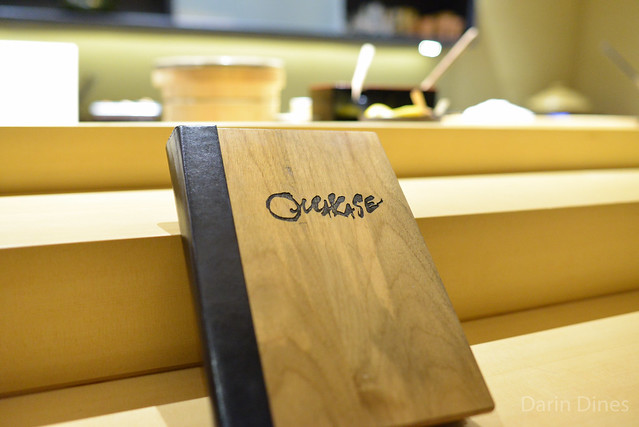 Half a glass of champagne comes standard as part of the omakase (!). Some early reviews reported having a NV Krug; on this evening, it was a 2004 Dom Perignon. A really cool touch. 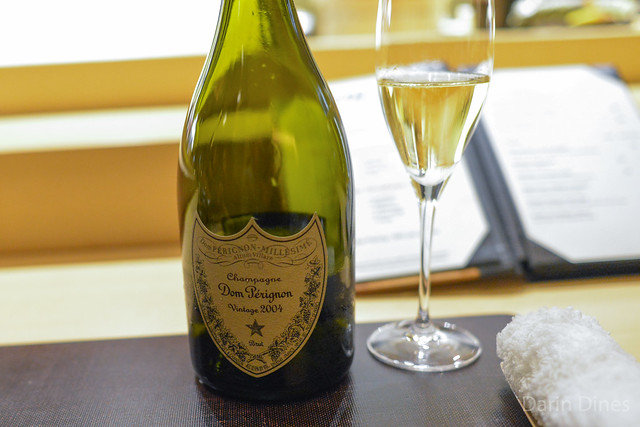 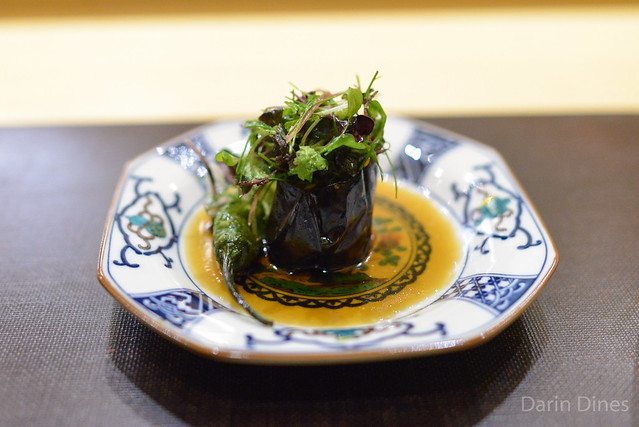 The first food item was this “roll.” The eggplant was sweet and creamy, delicious, with the mild pepper. 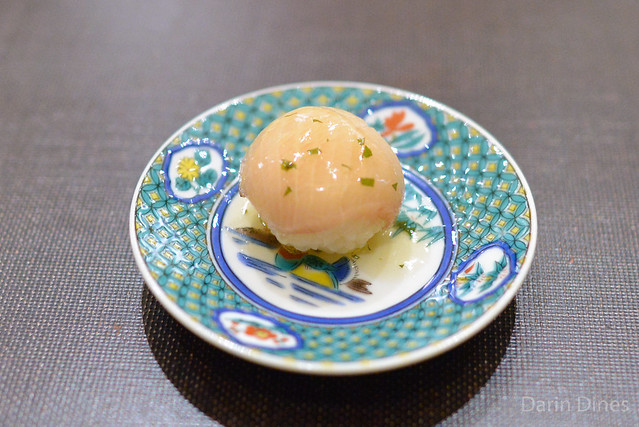 This tuna sushi was very savory with a subtle sweetness. 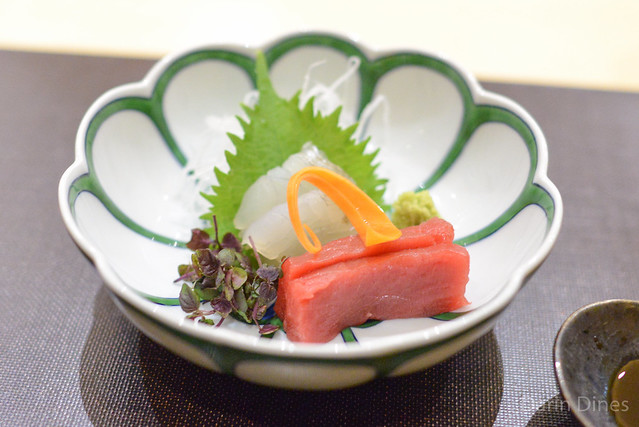 The sashimi duo was very tender with a clean flavors. 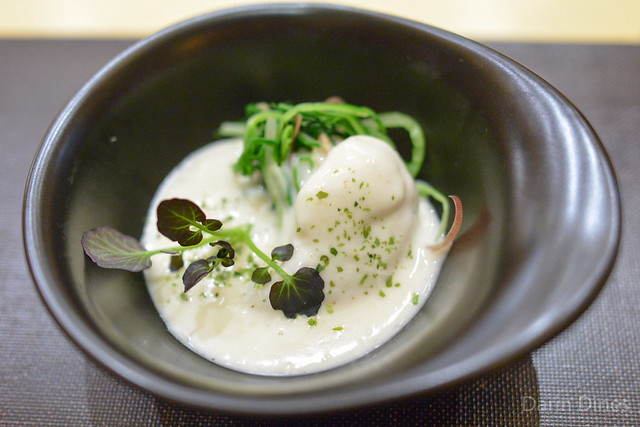 The halibut cheek was a firmer piece of fish, doused in this cream sauce. I thought the sauce was overly rich for the fish, and the dish overall felt out of place given the delicate flavors of the rest of the courses. 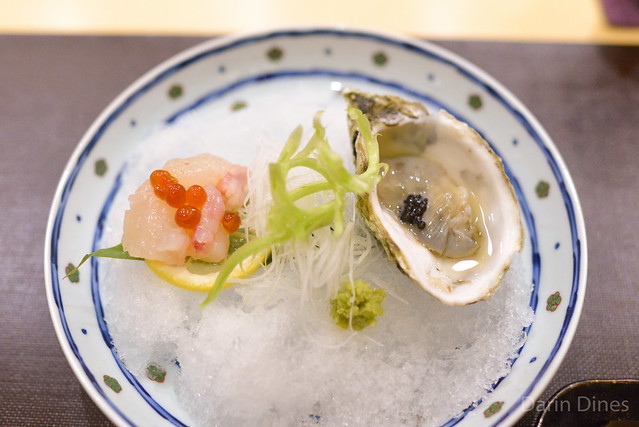 The lobster was great, sweet and springy, with a housemade ikura topping. The oyster was delicious as well with an extra burst of salinity from the caviar topping. 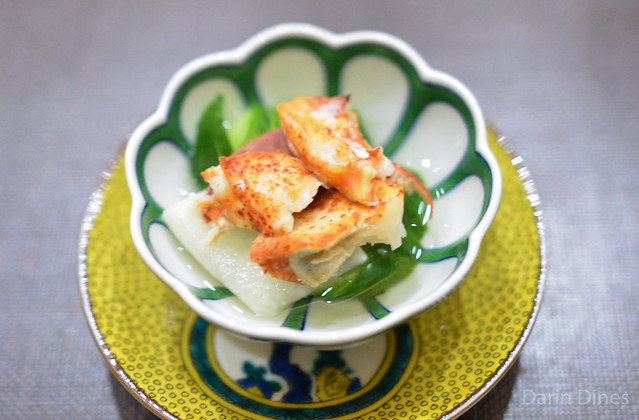 We cleansed our palates on this sunomono; I thought the strong acidity overshadowed the lobster here.

Fresh wasabi was grated and it was time for sushi. 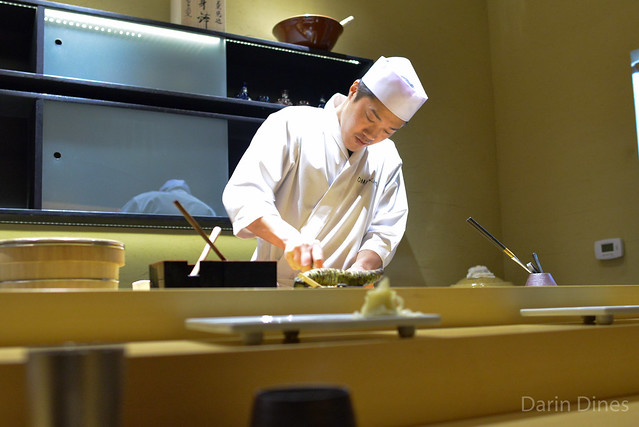 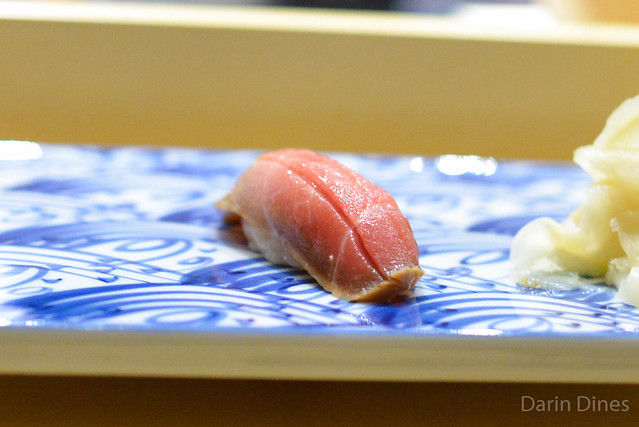 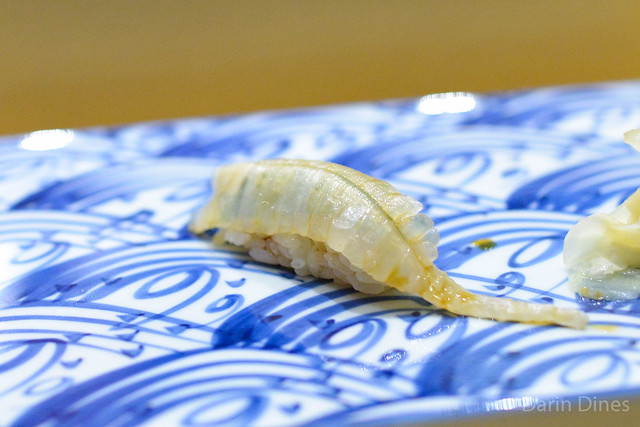 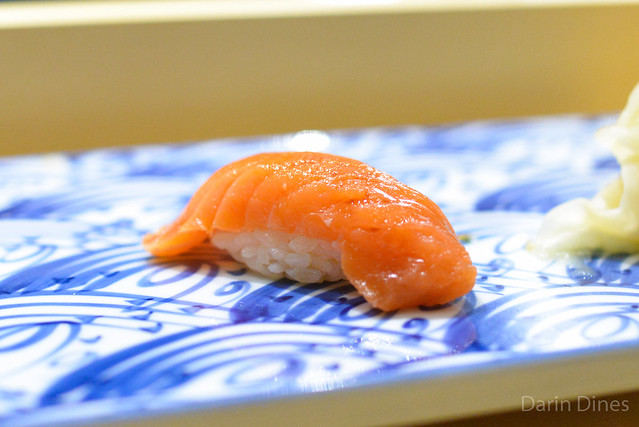 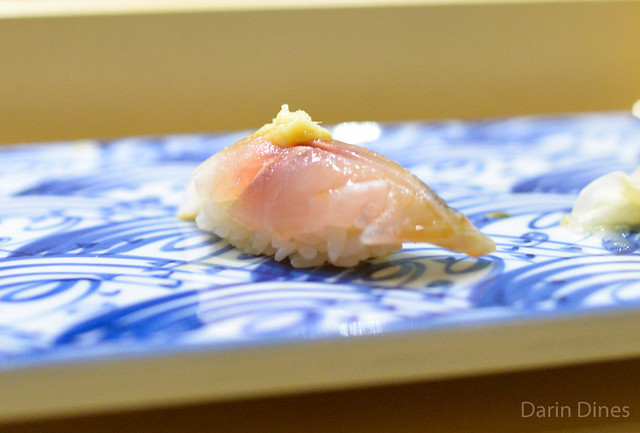 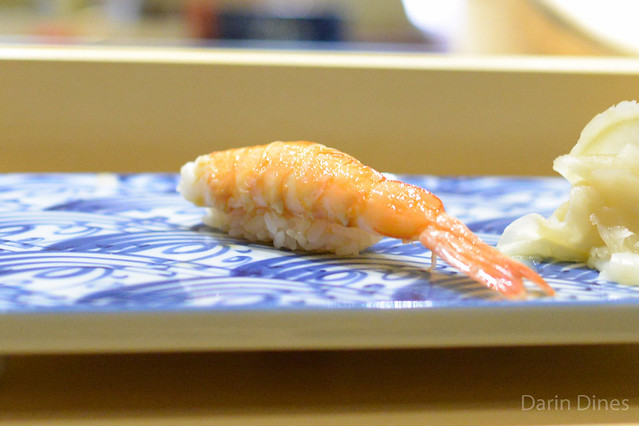 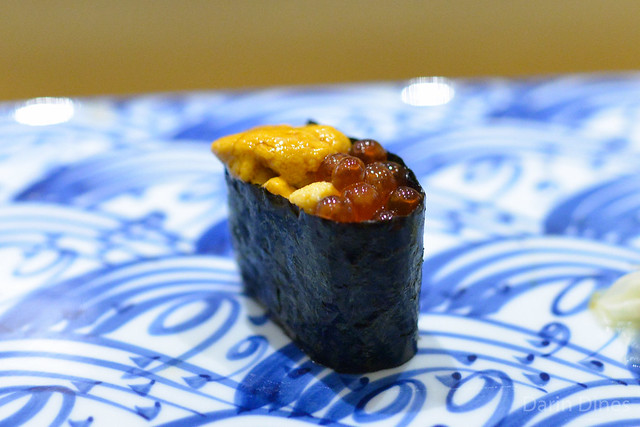 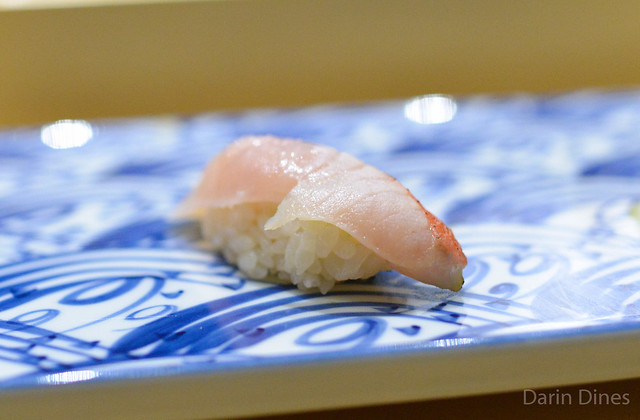 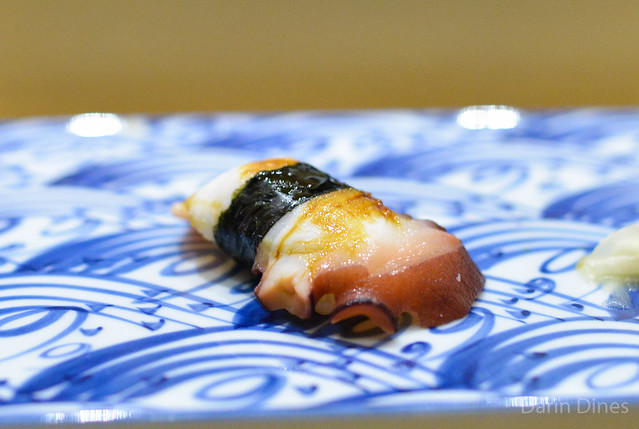 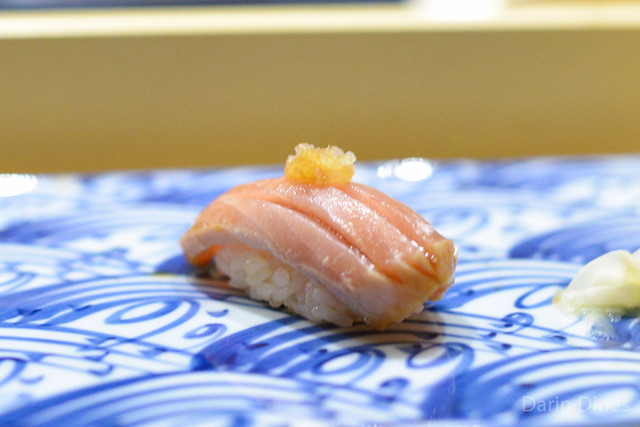 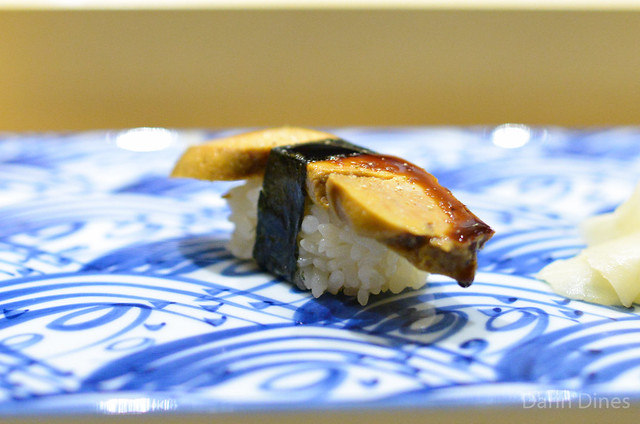 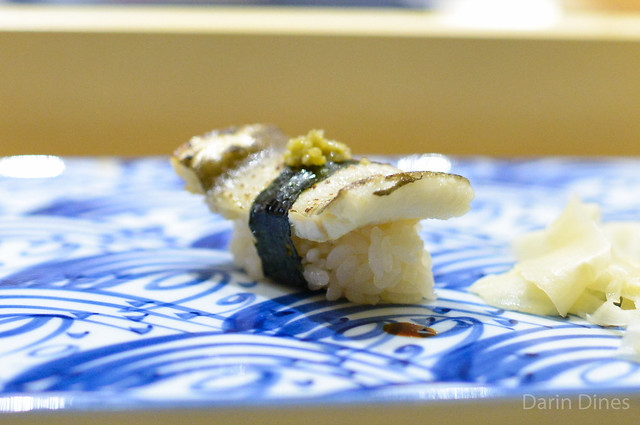 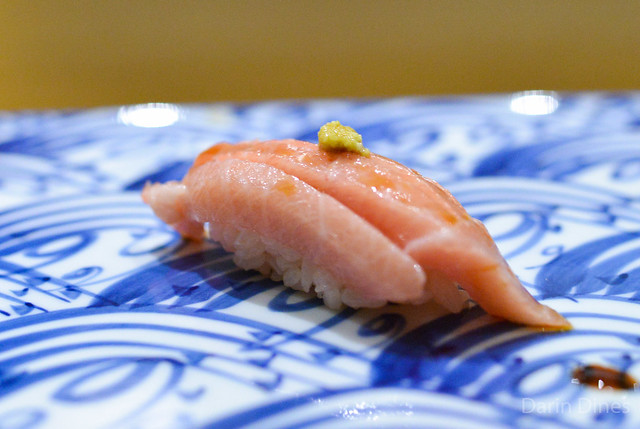 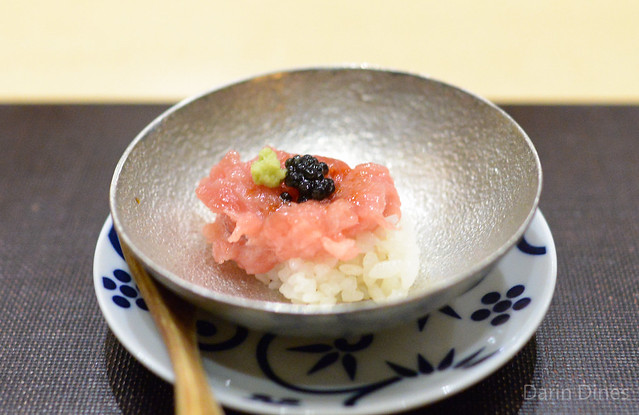 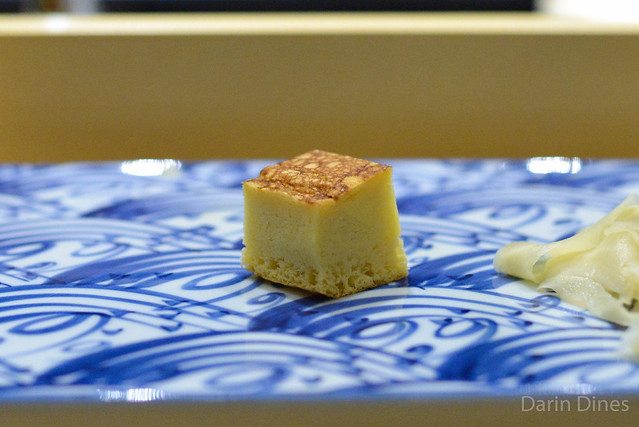 Sushi, as a whole, was excellent here. Highlights included the toro (of course), the golden eye snapper seared over cherry wood, and the uni&ikura combo. Copper River king salmon was an unusual find here, though it was tasty as well. 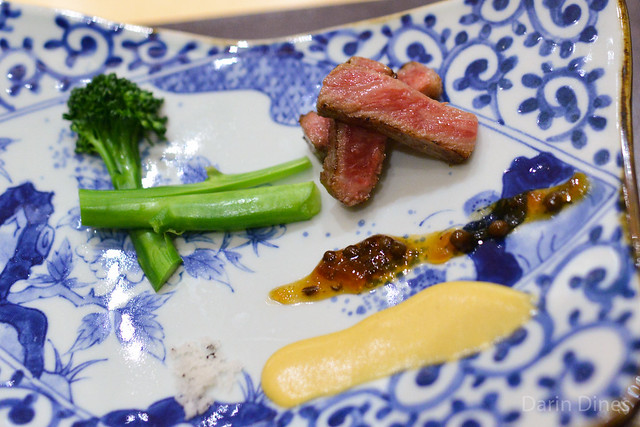 Wagyu beef was deliciously rich and it was fun to taste it with the different sauces. My favorite was the simplest – truffle salt. 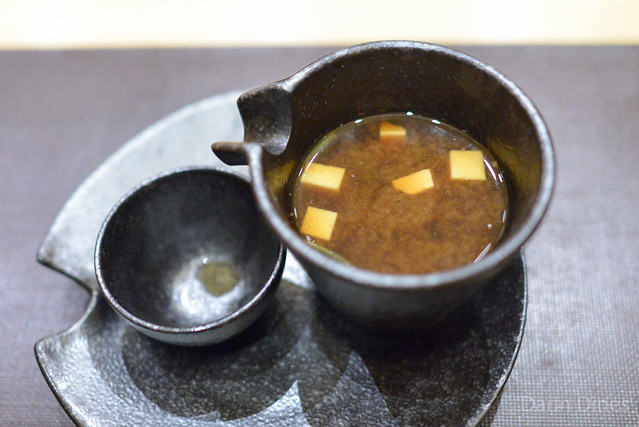 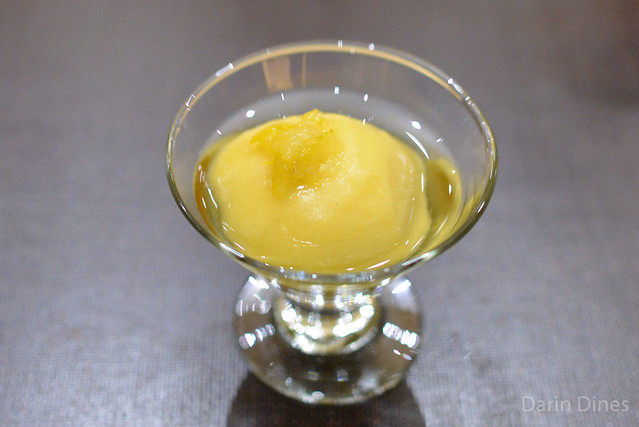 Miso soup and a simple but satisfying sorbet completed the meal.

I really enjoyed Omakase. It’s certainly not cheap, but it provided a lot of variety and high quality. The small plates were good and sushi service even stronger, and I enjoyed the addition of the beef “main course” too. Easily the best sushi I’ve had in this city, though I have yet to try San Francisco’s other Michelin-starred sushi restaurants.