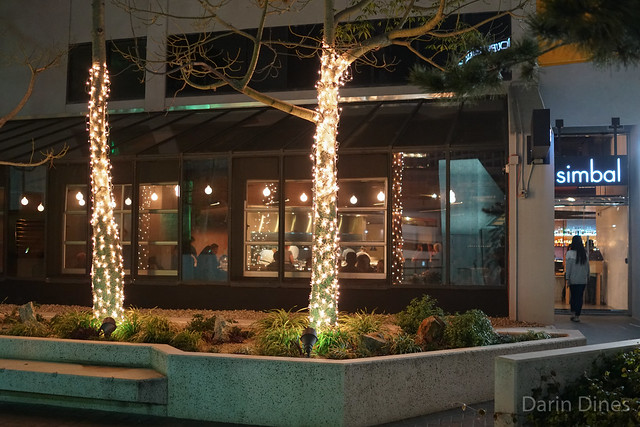 Little Tokyo’s Simbal opened in April and it’s been on my radar ever since. Reviews have been a little mixed so far, but it was time to give the restaurant a try. The food is described as a modern, refined take on southeast Asian with a variety of small plates all meant to be shared.

The restaurant is a lot larger than I expected, centered around an open kitchen surrounded by front-row seats at the counter. We lucked out and got a couple of seats in the middle of the action. 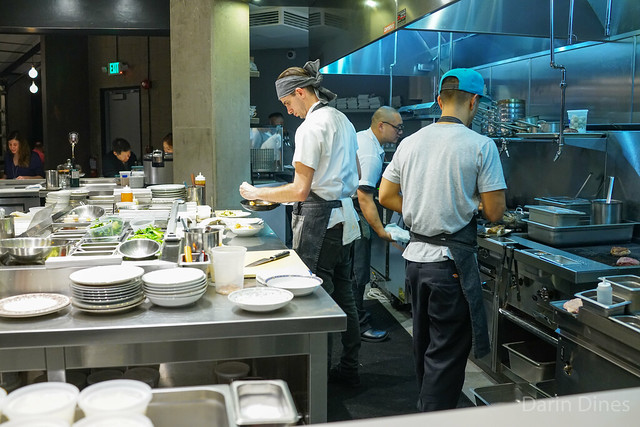 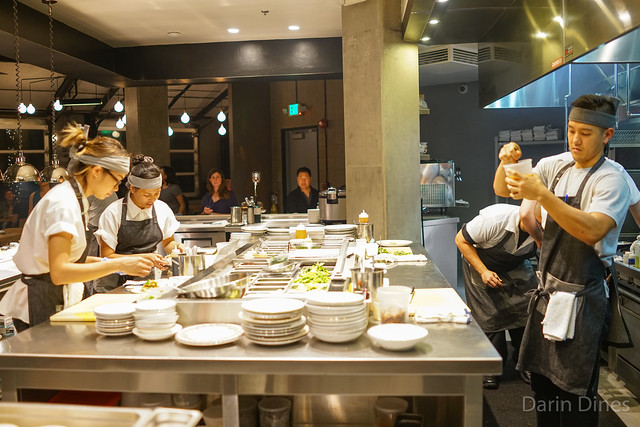 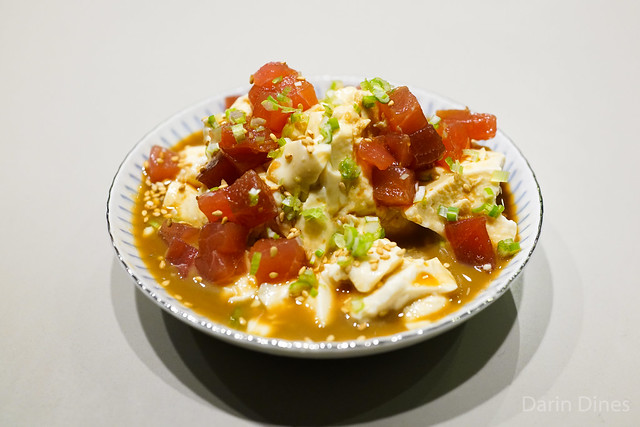 Silky tofu was paired with tender diced tuna in an interesting combination. Cool acidity from ponzu brought some depth and balance. 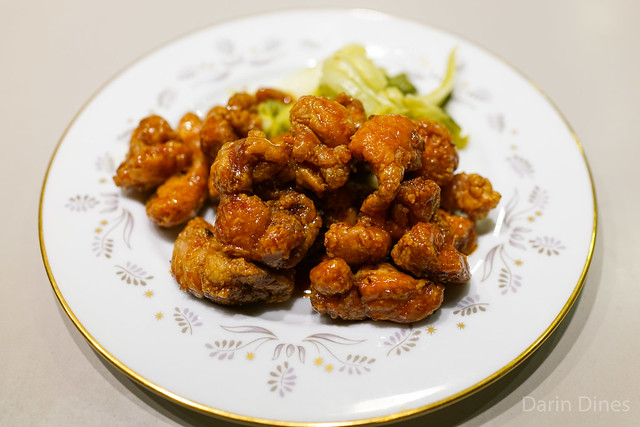 Sweetbreads were fried crispy, tender, with a sweet glaze. It really reminded me of a sort of refined version of orange chicken, which I really liked. 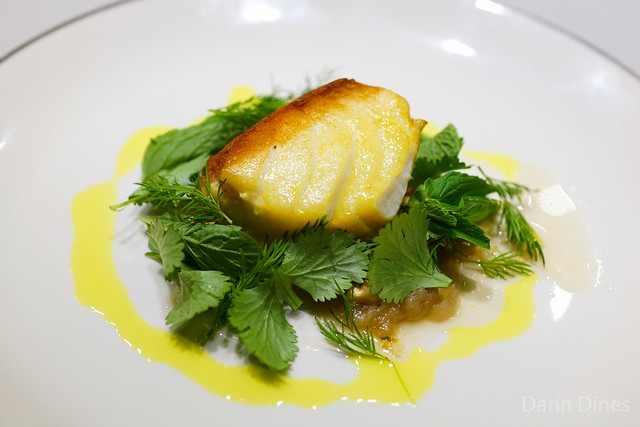 Moist cod with a crispy crust was complemented by caramelized onions and some bright herbs. 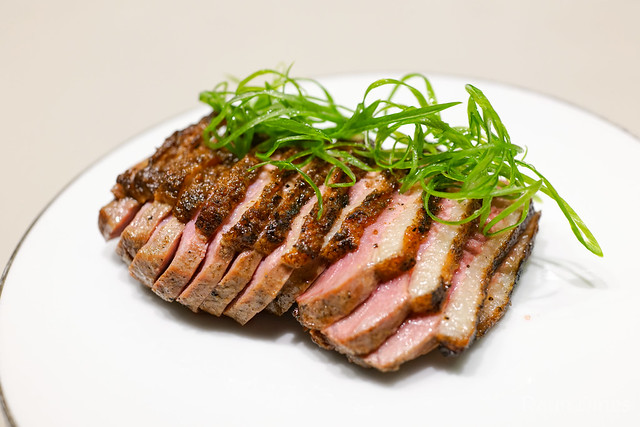 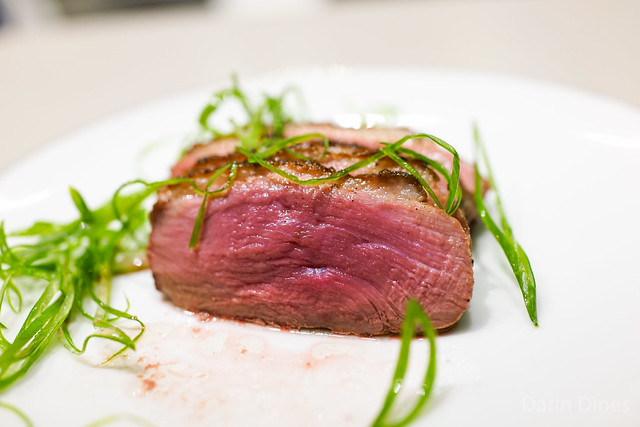 The duck was on the rarer side of my preference, but had good flavor with subtle ginger and sesame notes. 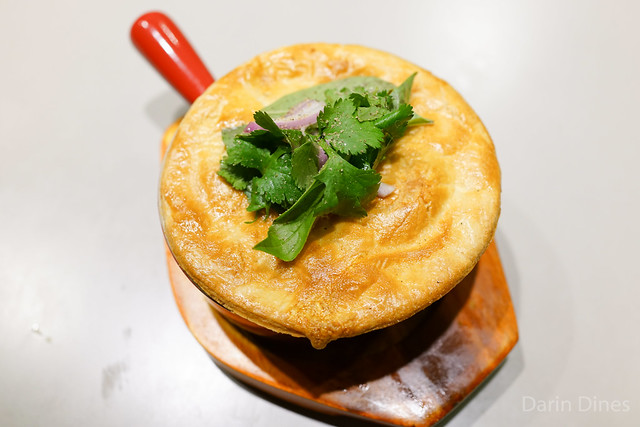 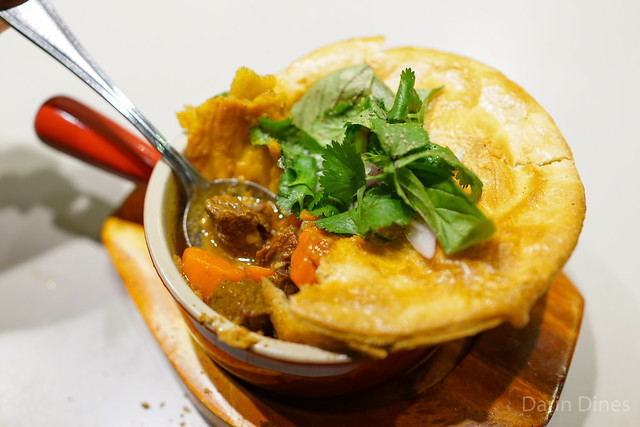 The pot pie was delicious with its tender chunks of beef, flaky crust, and fresh herb accompaniment. Rich and full of deep, savory flavors. 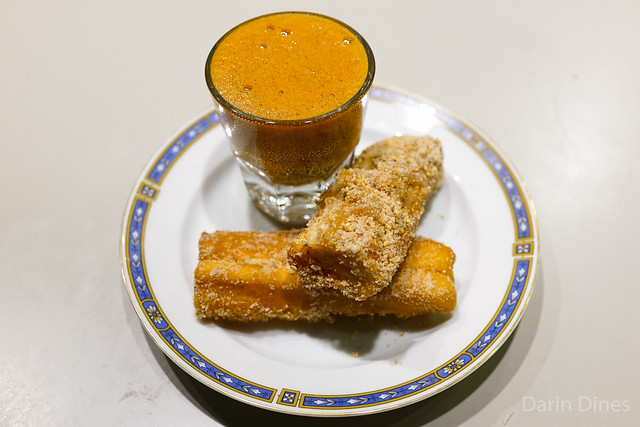 Kind of an Asian version of the signature coffee and donuts at The French Laundry, this one featured sugared Chinese doughnuts paired with this bitter Vietnamese coffee dip.

I was pleasantly surprised by Simbal. The food was creative, refined and flavors really worked well. The cod and pot pie were two favorites on this visit, but I was also eyeing the heavenly beef and pork ribs. Next time.