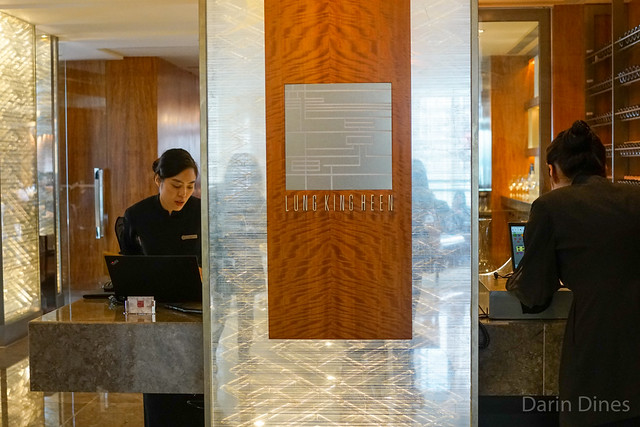 Dim sum was one of the things my family and I really wanted to explore while in Hong Kong. How much better would it be in Hong Kong vs. California? My mother’s cousin, who is a frequent visitor to the territory, recommended Lung King Heen as his favorite. The restaurant at the Four Seasons, which is Michelin three-starred and ranked 99th best restaurant in the world, certainly promised to be a different kind of dim sum experience compared to what we were accustomed to.

Window seats provided plenty of views of the harbor. 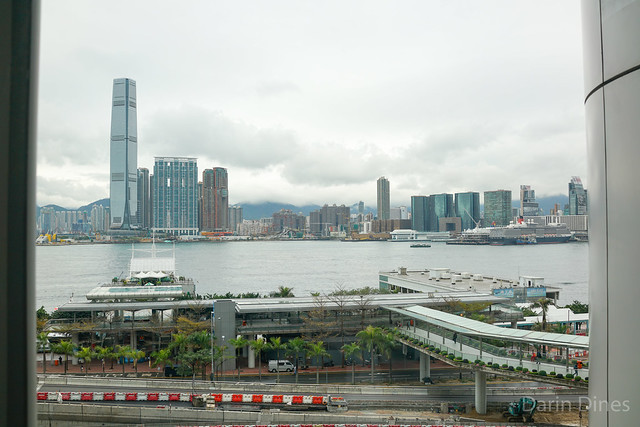 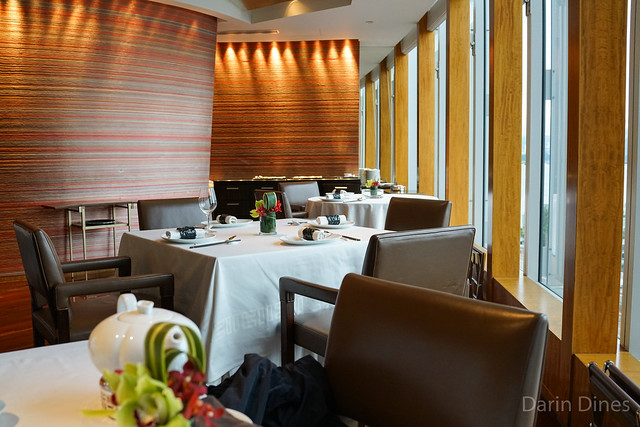 The lunch menu was pretty vast – there were about a dozen dim sum offerings plus the whole ‘regular’ menu, easily giving over a hundred options. After much discussion, we ended up focusing in on the dim sum items, supplementing them with a couple of larger plates. 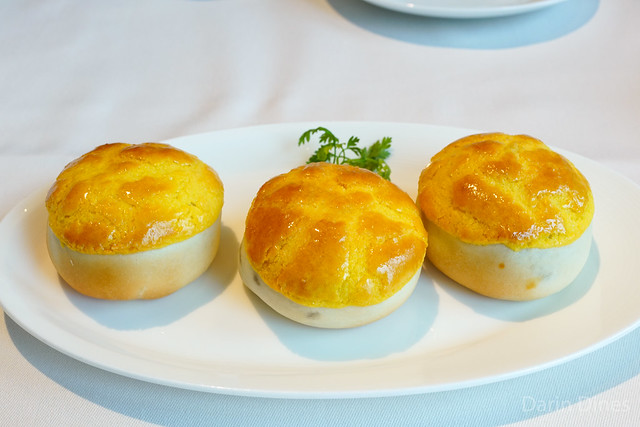 These may have been the best bbq pork buns I’ve ever had. The pork and its savory glaze were delicious, hidden in the warm buns with a slightly sweet, crispy topping. 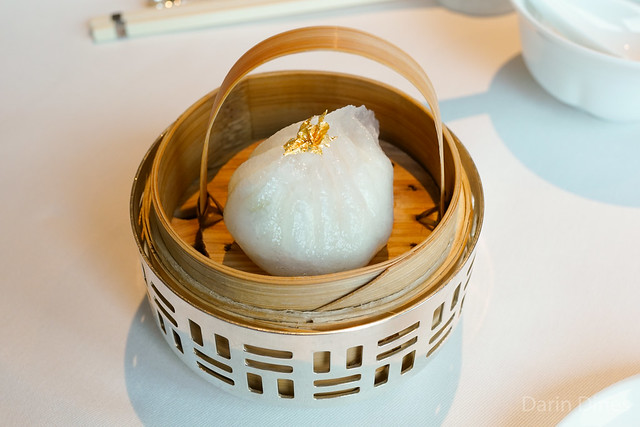 Beautifully presented, this dumpling was packed with shellfish flavor in a translucent skin. 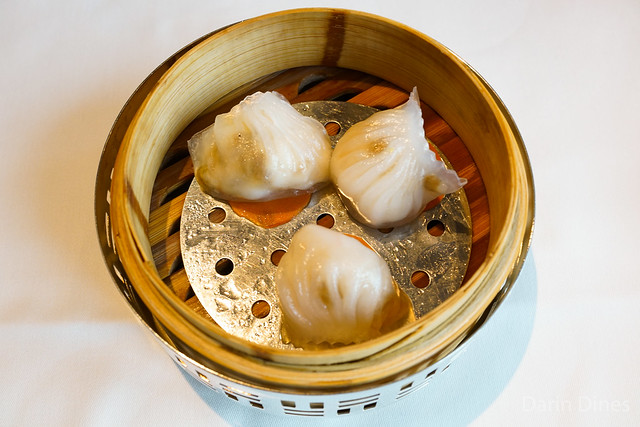 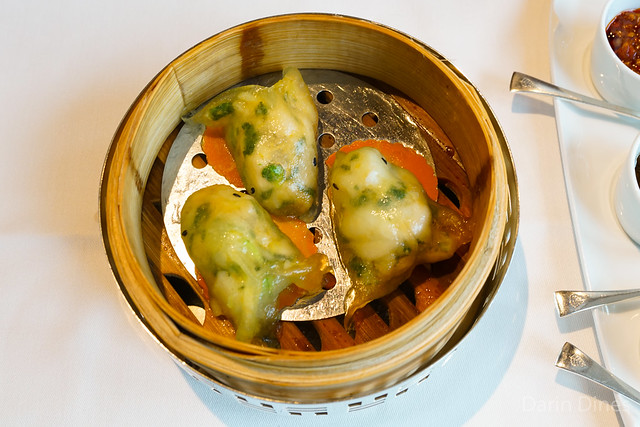 A little bit of vegetable and some citrus accents complemented the sea bass and shrimp roe in these dumplings. 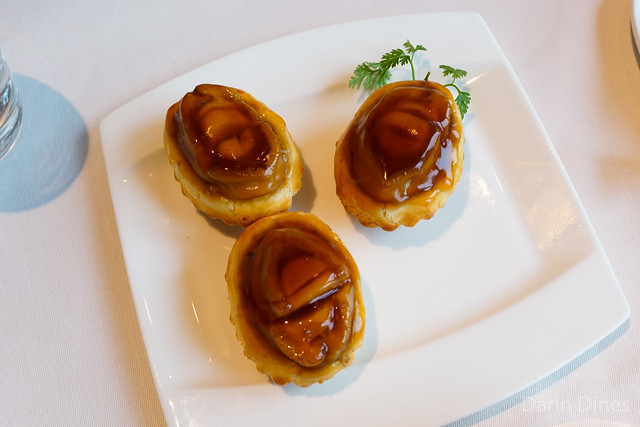 There was plenty of abalone in this buttery tart, complemented by earthy mushroom and some chicken. 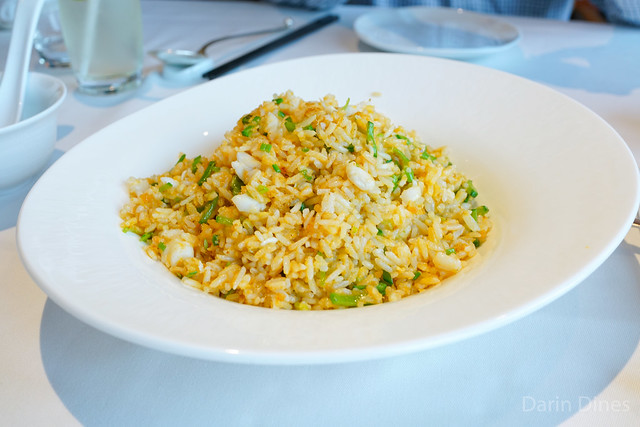 Small chunks of sweet lobster and other seafood were hidden in this mound of delicious fried rice. 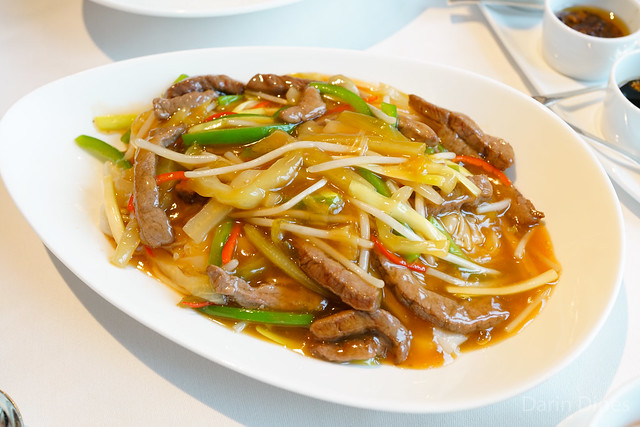 Rice noodles were bathed in a rich gravy with strips of stir fried beef filet, while preserved vegetables provided some acidity. 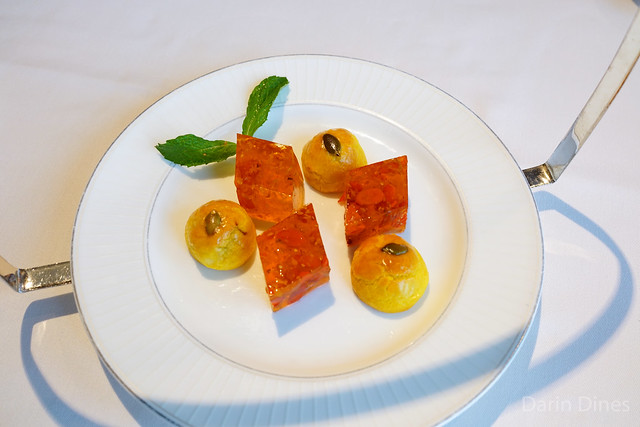 A couple of sweets ended the meal.

Lung King Heen was easily the most expensive dim sum meal I’ve ever had, and it easily had the best service I’ve ever had at a Chinese restaurant. The food was very good, though nothing mind-blowing by any means. The quality of the food wasn’t substantially better than, say, Tim Ho Wan, with the exception of some ‘premium’ ingredients used. However, the overall experience here was on another level entirely.