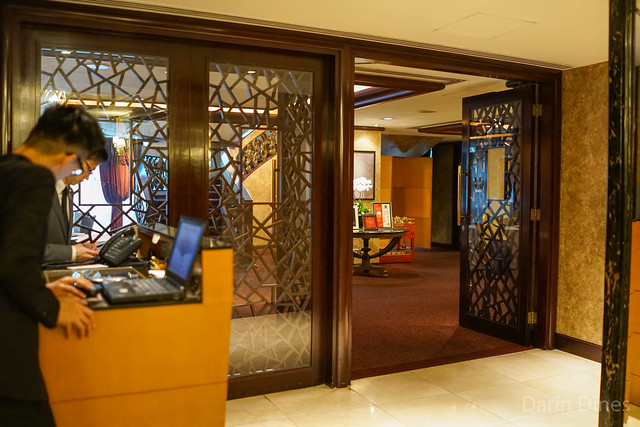 While planning meals over the last couple of days in Hong Kong, we wanted to fit one more dim sum lunch in. T’ang Court, a Michelin three star restaurant at The Langham, was just a couple of blocks down from the hotel and had a last-minute reservation available.

Like fellow three-star Lung King Heen, the menu was extensive even for lunch. We planned to go for one of the set tasting menus, but they were only offered for tables of 2 or 4. Oddly, neither could be tailored for a party of 3 so we went a la carte. 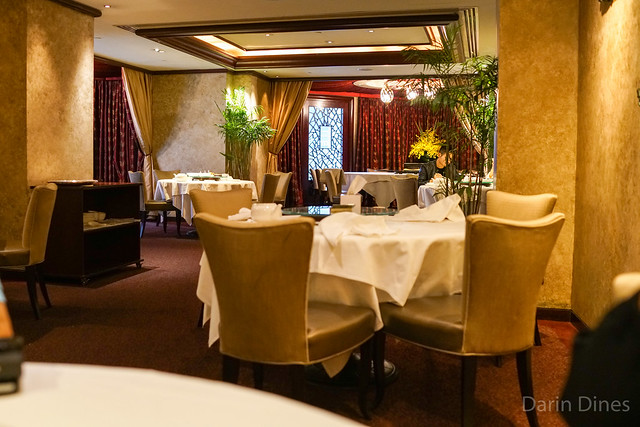 Restaurants around here are very prideful of their condiments, typically made in-house. T’ang Court’s was no exception. 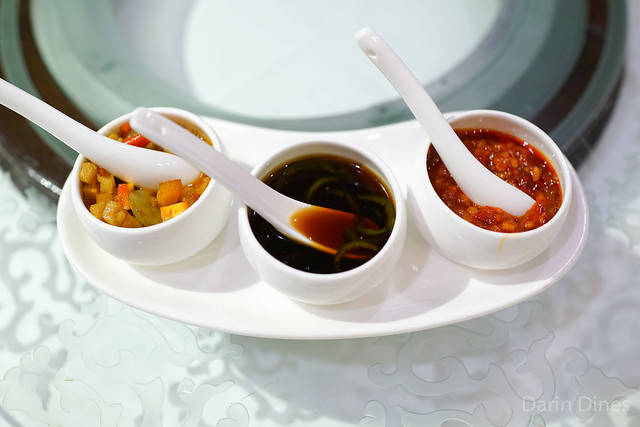 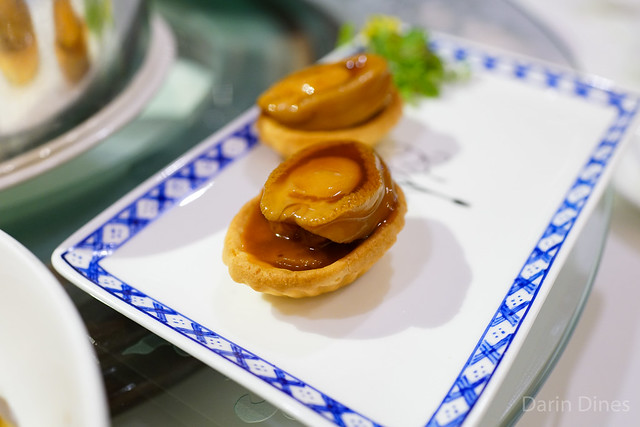 Hot, buttery tarts were stuffed with a generous portion of tender, sweet abalone. 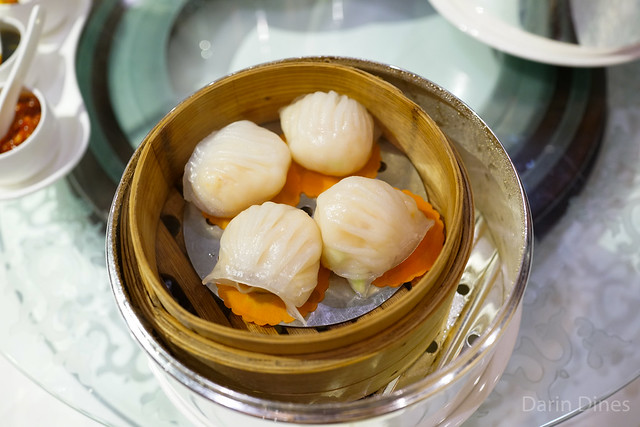 Shrimp dumplings were good with plenty of plump sweet shrimp, though I tend to prefer mine without the asparagus. 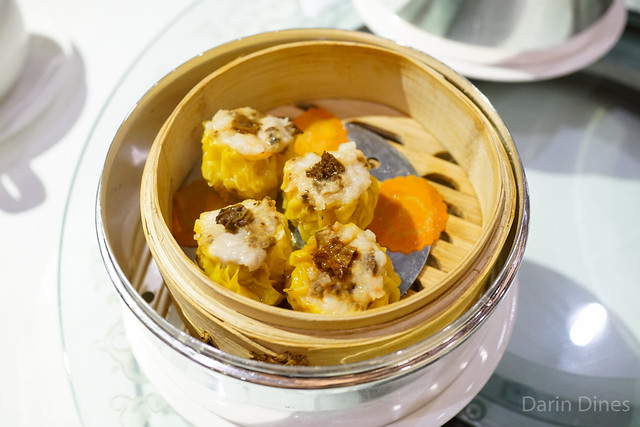 Siu mai were simple but prepared well with its pork and mushroom flavors. 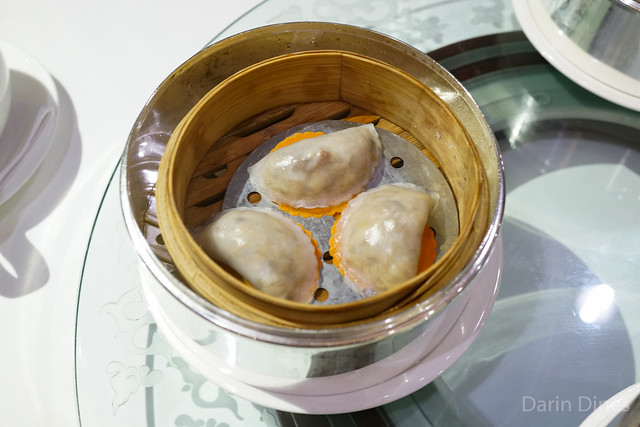 These were very earthy, as expected, with its assortment of mushrooms. 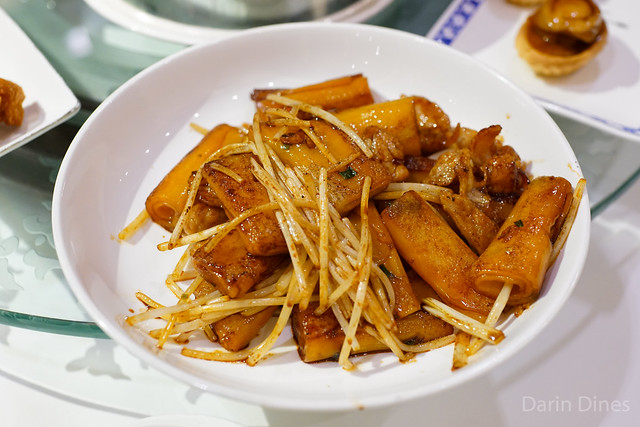 Soft rolled rice noodles were stir fried with pork and soy sauce in this simple but satisfying dish. 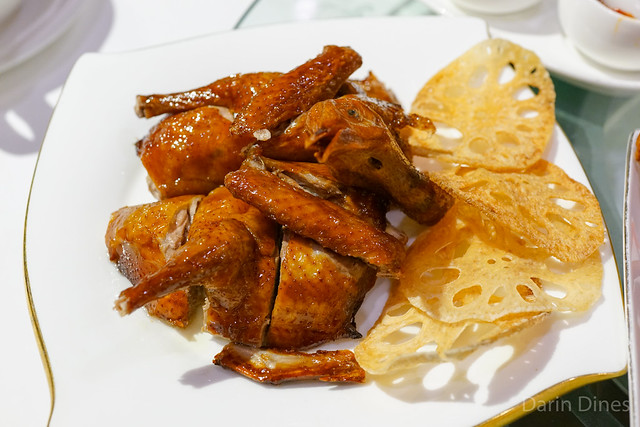 Quail had a slightly crispy skin with moist, flavorful meat. 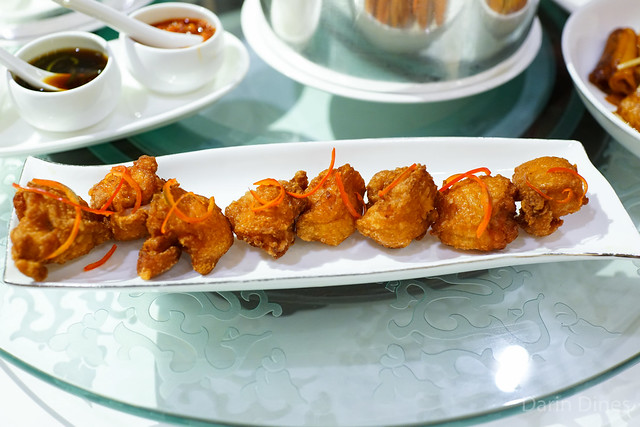 I loved that these wings were deboned and fried very crispy, though a bit under-seasoned. 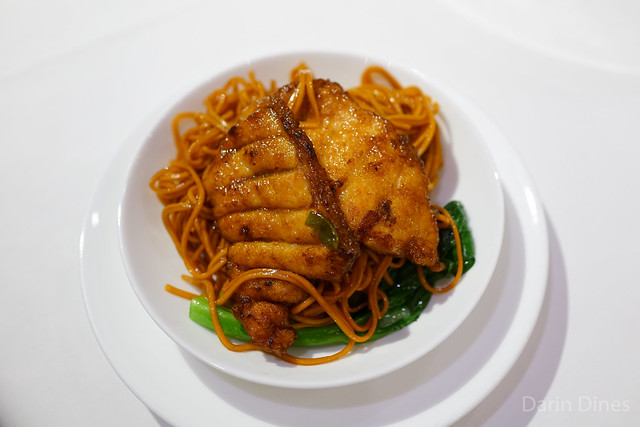 This plate was presented in whole, then plated into individual portions tableside. Grouper was tender and pretty delicious with the noodles, flavored with soy and the flames of the wok.

The food at T’ang Court was good though nothing particularly special. Service was inconsistent and erratic, a couple notches below expectations for this type of place and well-below what we experienced at Lung King Heen.