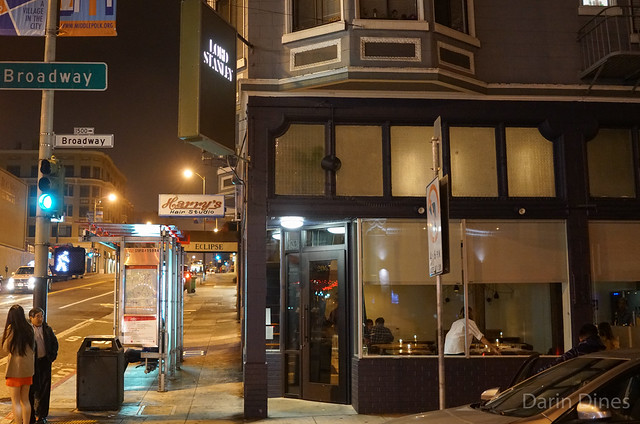 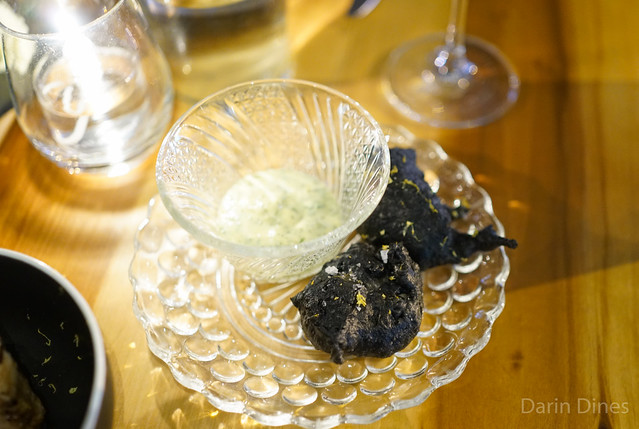 Beignets were a little crispy on the outside, with a hot and creamy cod filling on the inside. I thought they had good flavor with the cod nicely complemented by plenty of lemon zest. 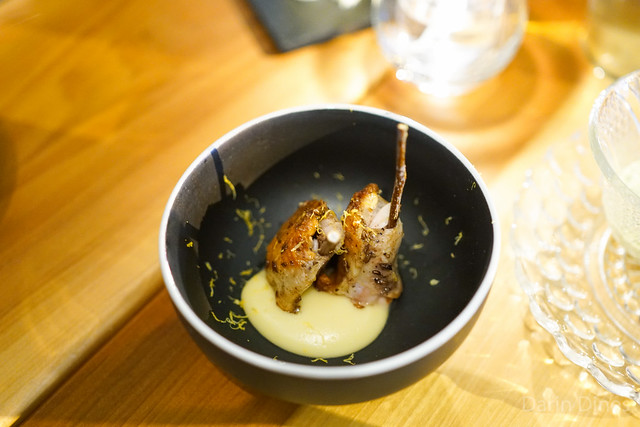 Each order was one chicken wing, delicately deboned and cut in half, grilled and accompanied by a lemon cream. Easy to eat and pretty flavorful. 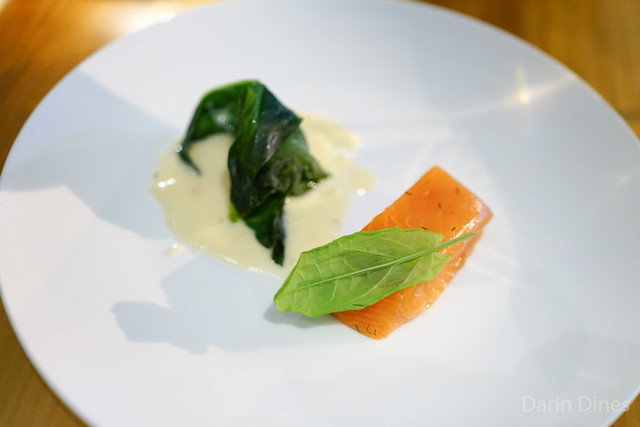 A piece of confit salmon was smoky, plated with a rich beurre blanc and soft potatoes. This dish was fine, but just wasn’t that interesting. 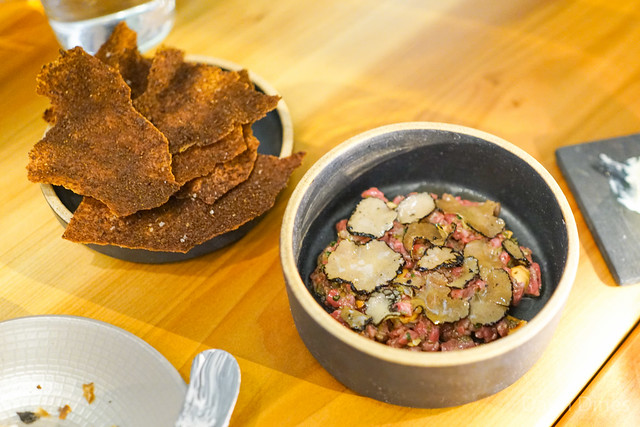 There was plenty of beefy flavor in these tender cubes, brightened by a lot of acid. I didn’t think the hazelnuts were necessary amongst the tender chunks of beef, being too much of a textural contrast. The truffle flavor was subtle, but present. 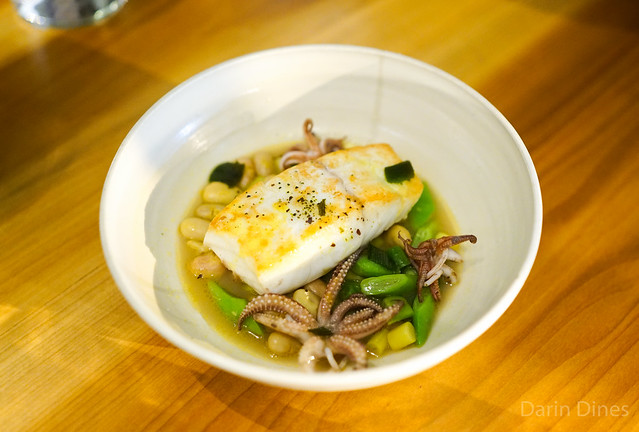 Halibut was cooked to a medium temperature, bathed in a hearty broth with a variety of beans and mini squid. 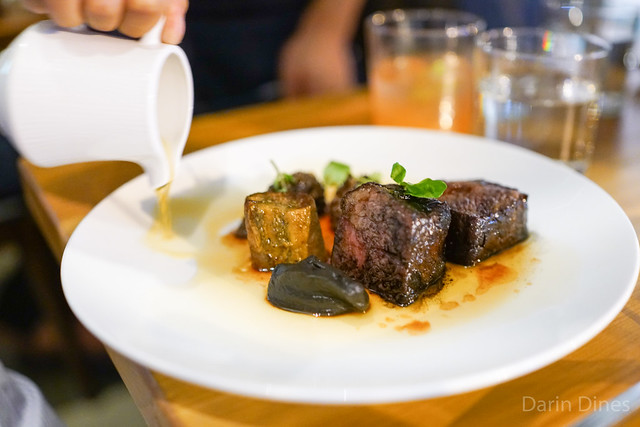 I think the short rib was prepared sous vide; it was tender with a pink medium temperature on the inside. Pretty delicious especially with the red wine jus. 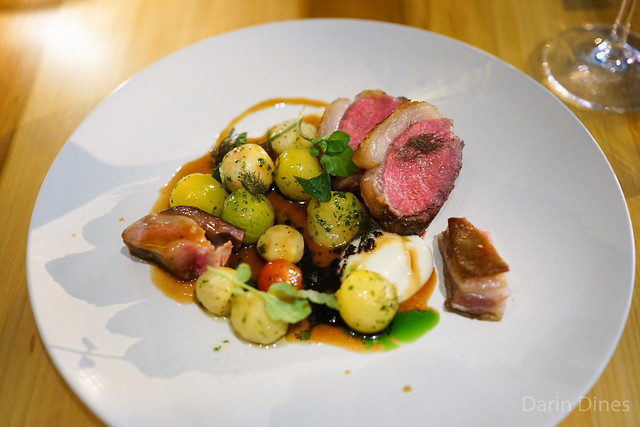 A duo of lamb preparations consisted of both the tender loin and rich belly. These were both prepared well, and made more delicious in its own jus with vibrant cherry tomatoes and creamy potatoes. 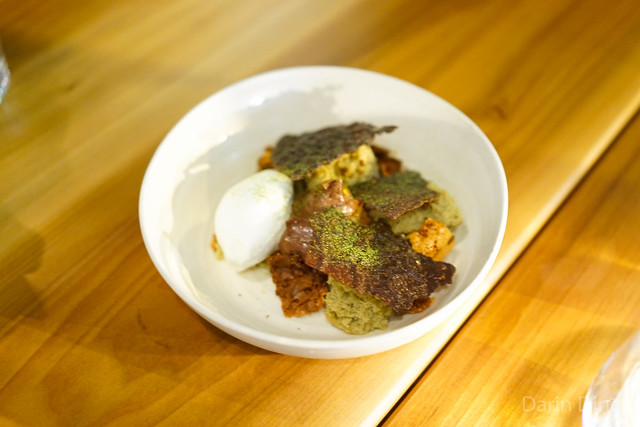 We shared one dessert centered around this chocolate cream. There were a bunch of components to this dish, but I’m not sure it came together too well. There were pieces of burnt molasses candy in the mix which I found a little off-putting.

Salted caramels finished off the meal. 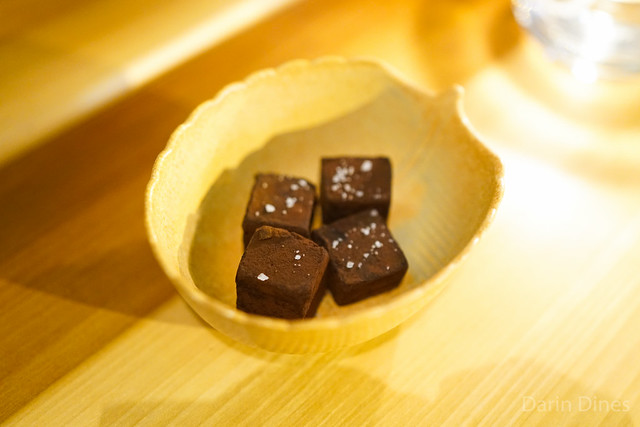 Our meal at Lord Stanley had its ups and downs. I thought the main courses were relatively strong, as were the beignets. But this meal was probably overhyped for me – from this singular meal, I’m not understanding the Michelin star, nor the 3.5 (out of 4) rating that Bauer gave in March.