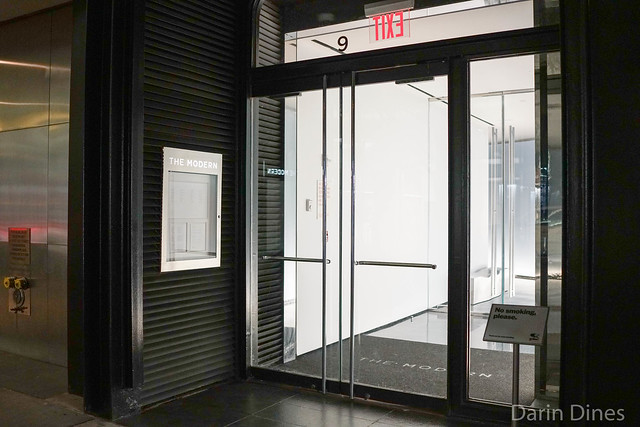 This was my first time dining at The Modern, which just re-opened a day prior after a full kitchen remodel. The restaurant’s been abuzz in the last year, as one of the most prominent NYC restaurants to move away from tipping (they call it “hospitality-included”), a pricing model that many others are contemplating. The restaurant also garnered two Michelin stars in the 2016 guide, an elevation from its previous one-star status over the past few years.

The current dining room menu offers four courses for $158 and a $208 eight-course tasting (the bar serves a more casual a la carte menu). I went with the four-courser after having a late lunch at Xi’an Famous Foods earlier in the day. 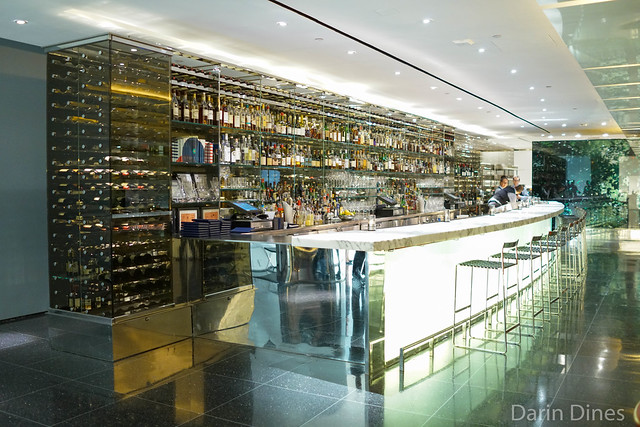 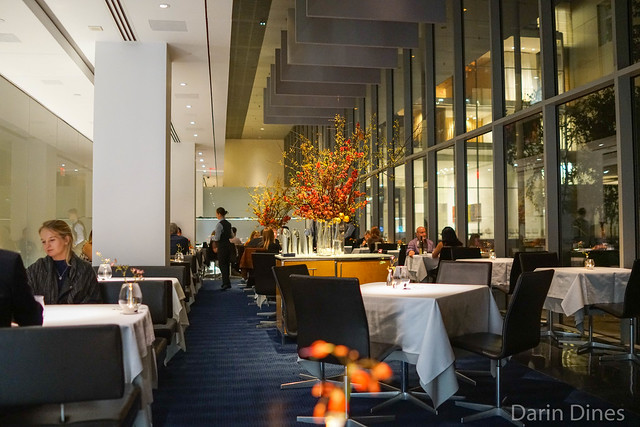 The amuse bouche this evening was three bites and a soup all focused on one ingredient – the tomato. 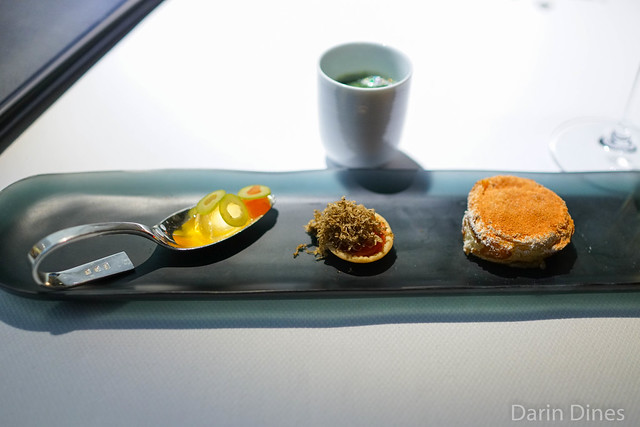 I enjoyed the focus on one ingredient in a variety of ways. My favorite was probably the tomato croissant – a flaky, airy pastry covered in a tomato ‘dust’ and basil ‘snow.’ The tart, with bright tomato flavor, was another good one with plenty of earthy truffle. 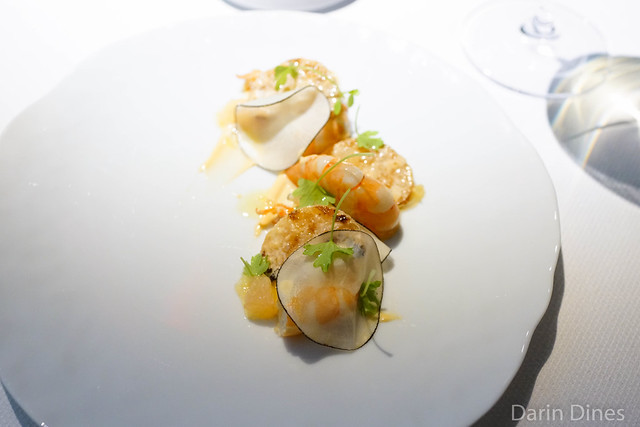 Springy sweet prawns were bathed with plenty of mayo, brightened by grapefruit and fresh radish. I found this to be a light starter with subtle flavors, but it wasn’t as interesting as it sounded on the menu. 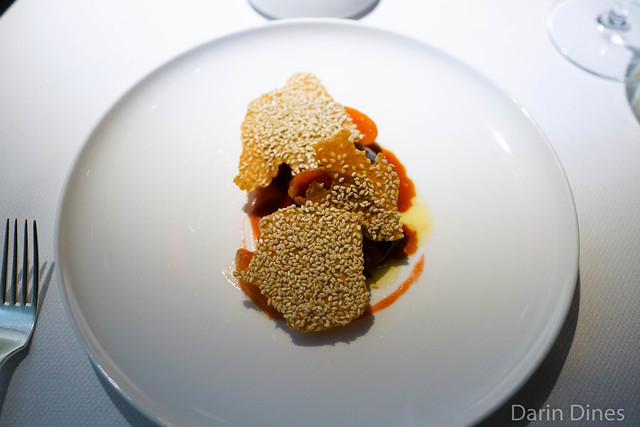 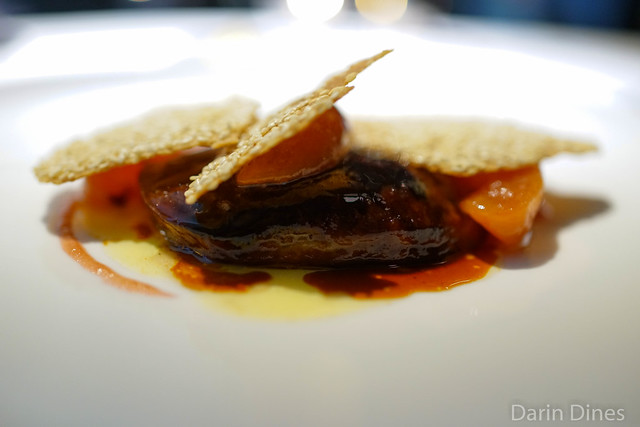 Foie gras was expectantly rich, luscious with plum accompaniment and a crispy texture from the sesame tuile. 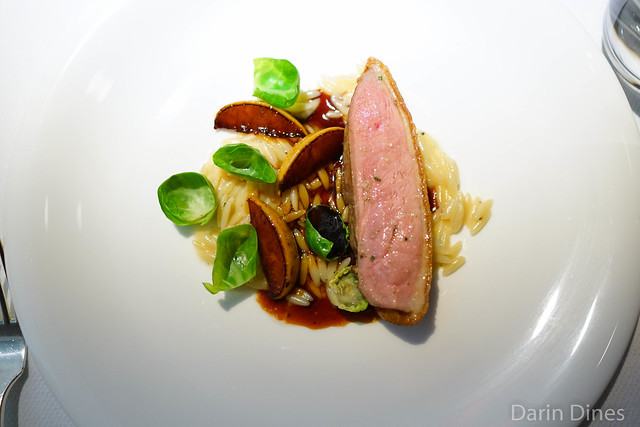 The duck skin wasn’t as crispy as advertised, but this dish was delicious nonetheless. The meat was tender and flavorful and the duck jus really made the dish. Truffled orzo did have some subtle truffle flavor, although it wasn’t apparent as the jus was full of flavor and overpowered any earthy essence. 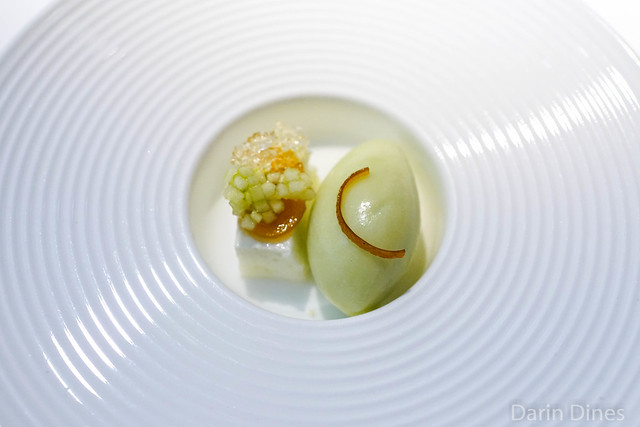 The refreshing pre-dessert featured green apple in a variety of preparations. 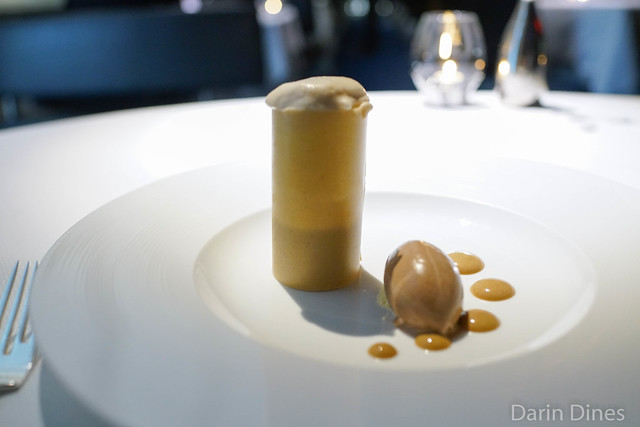 This fancy take on a bread pudding featured plenty of fresh corn flavor in the cornbread, smothered in a hazelnut anglaise that spilled out of the crispy chimney. More nutty flavor came from the chocolate-hazelnut ice cream. 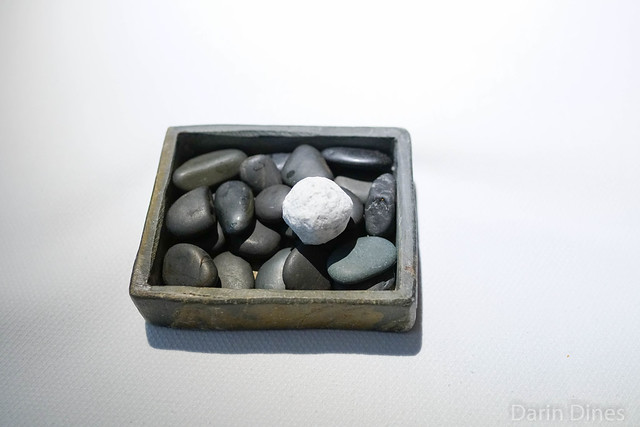 I thought this was a good meal, though I wouldn’t categorize it at the Michelin two-star level. The duck dish was a great one but was probably the only memorable plate. Service was very strong, as expected – the lack of a ‘tip’ doesn’t seem to be impacting anything here. My minor gripe with service was that I would’ve appreciated refilling water glasses more frequently especially given the $6pp charge for “fresh” water.