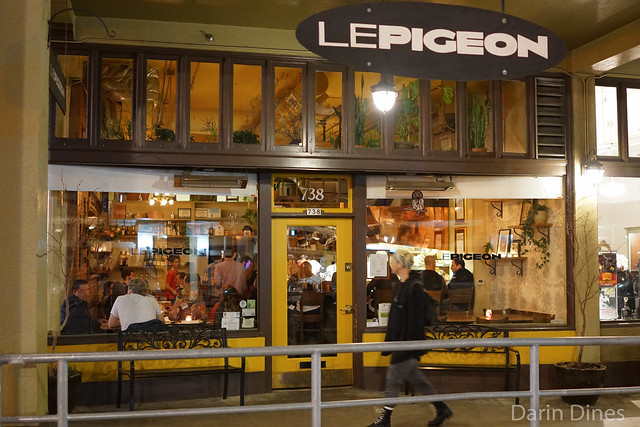 Gabriel Rucker’s Le Pigeon has been one of Portland’s most highly-regarded restaurants since 2006. Rucker was named a Food & Wine Best New Chef in 2007 and has won two James Beard awards – Rising Star Chef of the Year (2011) and Best Chef, Northwest (2013). The food here is French, modeled after an upscale bistro. Five and seven course tasting menus are available but we went a la carte for this meal after dedicating some stomach space to an earlier happy hour. 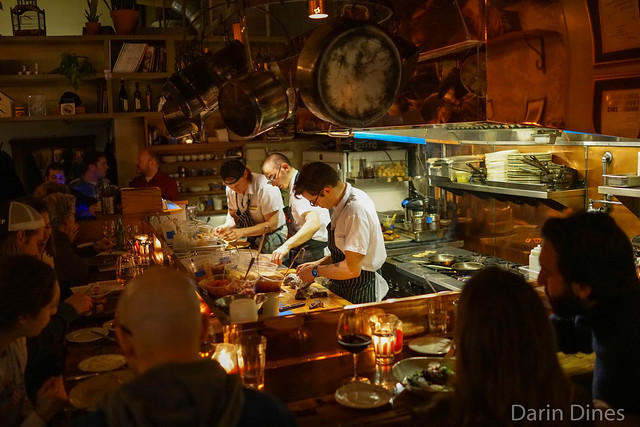 The restaurant is small; a handful of seats are available at the bar (for walk-ins only), while table seating is all communal. 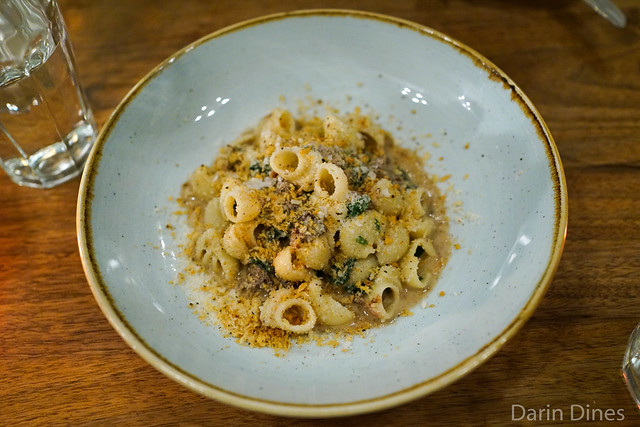 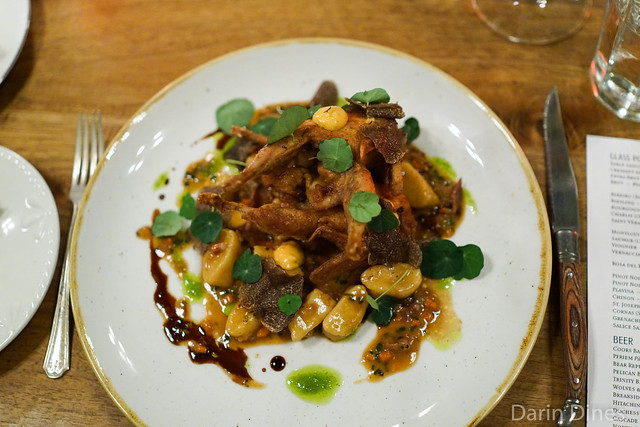 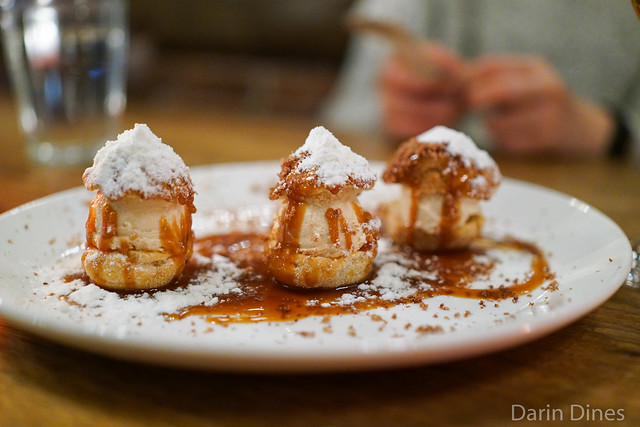 I enjoyed the food at Le Pigeon. Each of the dishes were well-executed and flavorful. The profiteroles delivered on high expectations with plenty of foie gras flavor. Foie gras was incorporated into the dish via a foie gras butter in the choux pastry, as well as in the foie gras ice cream. The quail was an excellent main course too, with a crispy skin and moist, flavorful meat. The bird was eaten with gnocchi in a lobster butter, topped with shaved truffles. Hard to go wrong with that.